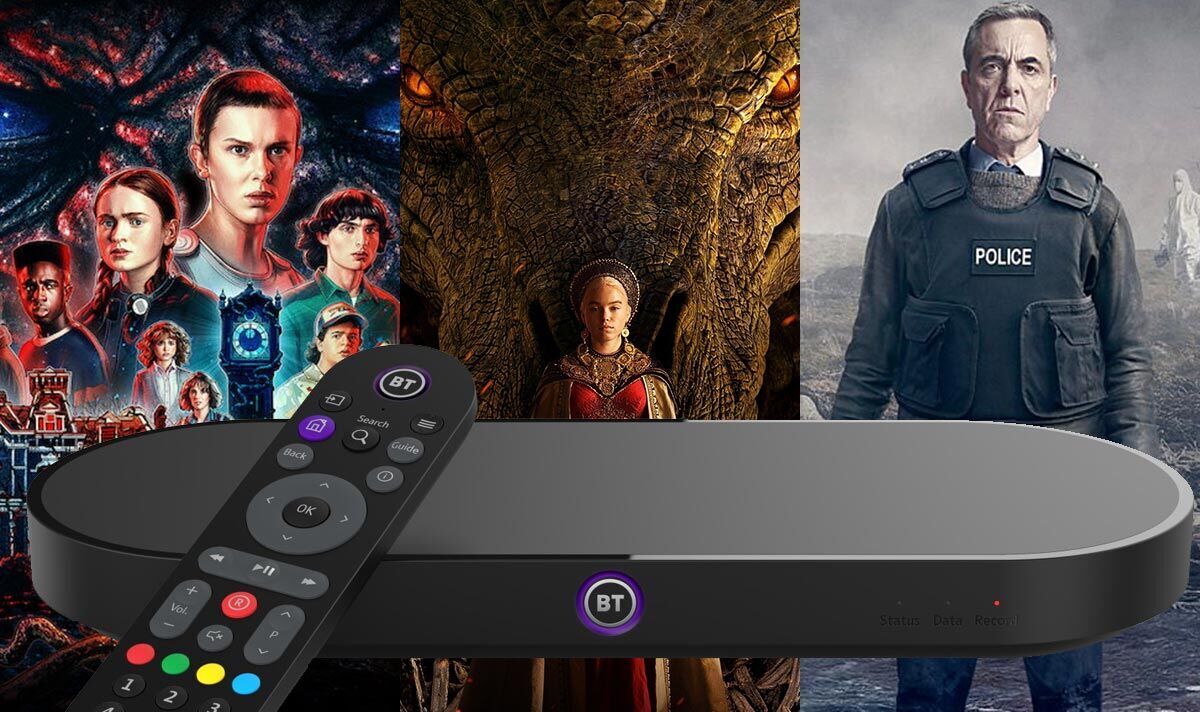 BT TV is running an incredible money-saving deal that Sky and Virgin Media customers can only dream of. For a limited time only, BT is running a bargain deal which throws in a Netflix subscription, access to Sky channels such as Sky Atlantic and a recordable TV box all for just £6 a month. Seeing as the cheapest Netflix plan on its own costs £6.99 a month, this is a remarkably good deal and you won’t find all of these services bundled together for a better price.

This BT deal is only available as an add-on when you get BT broadband. But if you’re eligible for this deal it’s one you really don’t want to miss out on.

That’s because this bundle usually costs £17 a month – meaning this deal offers a saving of £11 a month.

It’s available when you sign-up for a 24-month contract, which means in total you’ll save over £260.

This brilliant BT TV offer is available for new and existing customers, but time is running out to claim the promotion – with the deal running after September 29.

Along with all those channels to watch, anyone who signs up for this deal will be sent the BT TV Box Pro, which lets you watch content in 4K HDR and also supports Dolby Atmos audio.

But that’s just the tip of the iceberg in terms of great features – you’ll also be able to pause and rewind live shows as well as record up to 600 hours worth of TV thanks to a whopping 1TB of storage.

Being able to set up recordings means you’ll never miss an episode of your favourite show.

Free-to-air Freeview channels are available to watch while you can also access the BT exclusive AMC channel with this plan.

You will also be able to access a wide range of apps through your BT TV Box Pro such as iPlayer, Netflix and Prime Video.

This app support is handy as the BT £6 TV deal includes access to a basic Netflix subscription, which lets you watch hit shows like Squid Game and Stranger Things in standard definition and there are full Sky channels such as Sky Atlantic – which is exclusively showing Game of Thrones prequel House of the Dragon at the moment – Sky Max and Sky Showcase via a NOW plan.

The NOW Entertainment subscription included with this BT package will also let you watch over 300 boxsets on demand.

If you ever struggle with bad reception when tuning into Freeview there’s another good reason to sign-up for this BT deal.

BT recently released an update for its BT TV Box Pro which does away with the need for an aerial entirely. Instead, you can hook up to the internet to access all your TV content.

For anyone that wants the ability to watch BT TV in multiple rooms, the BT TV Mini Box is also available to purchase as an additional add-on.