Skip to content
HomeTechnologyPixel Watch v Galaxy Watch: Is Google about to make a costly mistake? 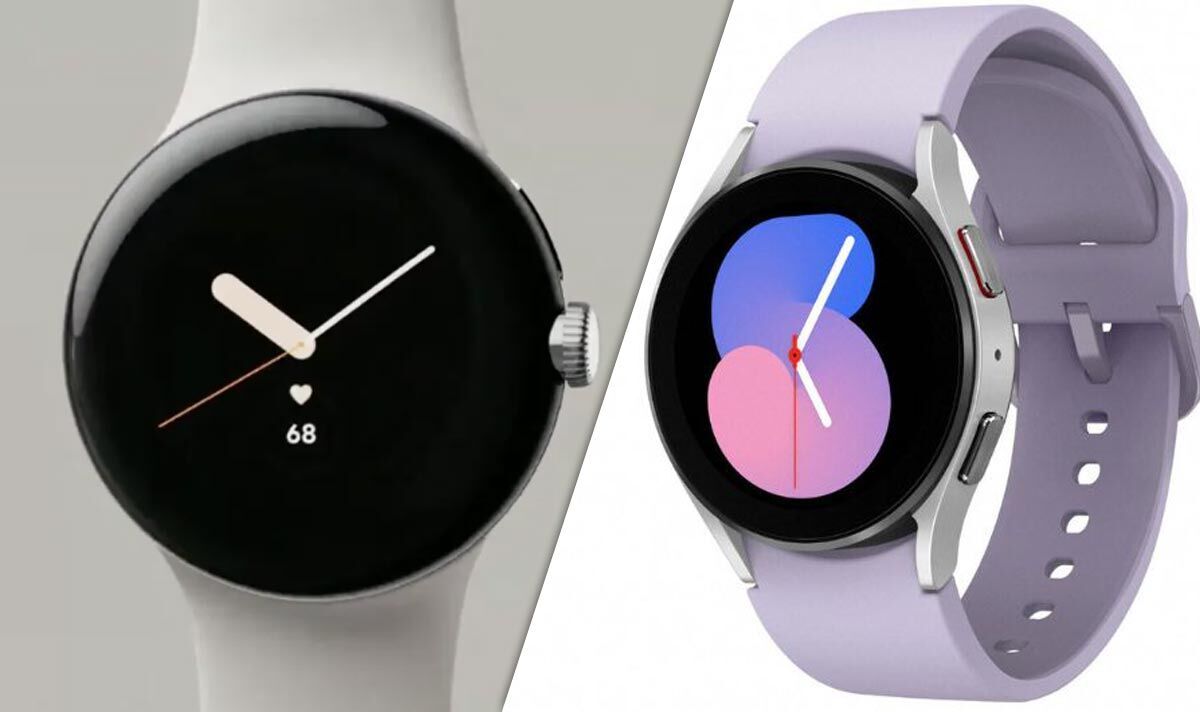 During Google I/O 2022 the Pixel makers confirmed one of the industry’s worst kept secrets – that it was working on its very own wearable called the Pixel Watch. As expected, the long-rumoured device will boast a classic and minimalistic circular design, and it will also be powered by Wear OS 3 and have Fitbit fitness tracking features built-in. It looks like there will be plenty to love about the Pixel Watch, but there’s one thing that could hold it back from challenging other wearables like Samsung’s Galaxy Watch range – and that’s the price.

While Google hasn’t officially announced how much the Pixel Watch will cost, rumours have emerged that it will be priced from $349.99 (£310) in the US.

At this price, the Pixel Watch will be considerably more than the Samsung Galaxy Watch 5 which is priced from $279 in the States. And it won’t be too far away from the Apple Watch 8 range that is available in the US from $399.

If you’re already invested in the Pixel eco-system and love the classic design of the Pixel Watch you may think this price tag isn’t too bad.

But there’s one thing that could make it hard for you to stomach – and that’s the specs for the Pixel Watch.

According to reports, the Pixel Watch will be fitted with Samsung’s Exynos 9110 chip, which appeared on the S22 makers’ Tizen-powered Galaxy Watch in 2018.

For the price you’re rumoured to be paying this Google wearable, you wouldn’t expect the device to be powered by a four-year-old chip.

And, for Google fans in the UK and Europe, the bad news doesn’t stop there.

Usually, when it comes to product launches whatever price a gadget launches at in the US, it will be available for cheaper in Europe and the UK.

However, according to reports, that won’t be the case with the Pixel Watch – which means Google fans in the UK could be paying at least £349.99 for the wearable.

This is likely due to the current economic situation which means the value of the pound and the euro has slumped against the dollar, but it won’t make the news any less easy to swallow.

And it could make it difficult for the Pixel Watch to challenge the Galaxy Watch 5, which is available here from £269.

While the Pixel Watch could lag behind its rivals in some key areas, it looks like one of the big selling points of the wearable will be on the software side.

The Pixel Watch will come with Fitbit integration, will be able to access a huge range of apps thanks to Wear OS 3, and boasts a striking UI based around the Material You design language.

If you’ve already got an Android device or Chromebook, then you’ll be able to unlock these Google-powered gadgets with your Pixel Watch.

Your Google-powered gadgets will also work in tandem in other ways. For instance, if you’re watching a movie or listening to music on one Pixel device then you will be able to pause and rewind the action and adjust the volume on your Pixel Watch.

The Pixel Watch will also give you easy access to smart home devices you’ve got from anywhere, plus all the Google apps you know and love such as Maps, Wallet and Assistant will be remade for your wrist.

A release date for the Pixel Watch hasn’t been confirmed yet but the wearable is expected to become available to order on October 6. That’s when a new Made By Google event is being held, which could also fire the starting gun for pre-orders on the Pixel 7 and Pixel 7 Pro.