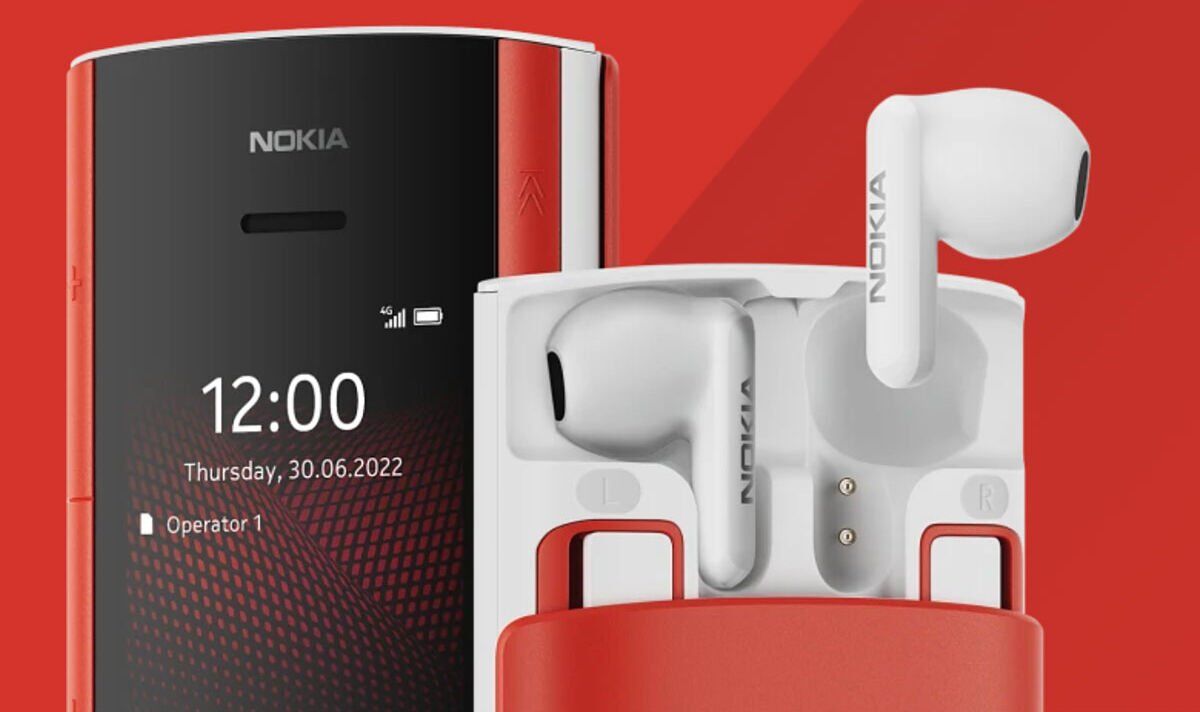 Nokia fans have another budget blower they can pop in their pockets and it’s unlike anything released before. The all-new 5710 XpressAudio might look like any other feature phone but it has a great-sounding trick up its sleeve.

Tucked inside the rear case of this device is a pair of wireless earbuds, just like Apple’s AirPods, which pop out so users can listen to their favourite tunes via Nokia’s MP3 player. Thanks also to the in-built FM radio, there’s full access to all the most popular stations such as BBC, Captial and Virgin so there should be no shortage of entertainment.

There are even neat touch controls on the side of the phone which make it easy to skip tracks and pause the tunes. Once finished, the buds then pop back inside the phone for an instant refill ready for the next time they are needed.

Of course, this is a Nokia phone so there are plenty of other nice features including some pretty epic battery life. In fact, the Finnish firm – which is now owned by HMD Global – is promising 20 days of life without needing to go near a plug.

This device also gets a colourful 2.4-inch screen, full 4G connectivity for speedy downloads and it comes with the classic Snake Game pre-installed.

The 5710 XpressAudio was actually announced earlier this month but it’s now finally available to buy from Nokia’s online store with it costing £74.99.

This 5710 XpressAudio device is not the only phone coming from Nokia with the company also unveiling a new 8210 which gets a bright and colourful screen, 4G access and a rear camera. Unlike the original, which launched back in 1999, this new model also includes compatibility with apps such as Facebook.

One final device that has just gone on sale today could give the iPad a run for its money. Nokia’s new T10 tablet costs just £129 but still gets an 8-inch screen, a single rear camera and loud speakers. Nokia is also promising three years of Android security updates to make sure this device stays safe.

Speaking about the updates, Florian Seiche, CEO, HMD Global: “Classic Nokia heritage is combined with innovation in our feature phone portfolio. This iconic range is gaining momentum as your trusted companion for all your communication needs. At the same time, we have brought our signature longevity promises to the tablet market.