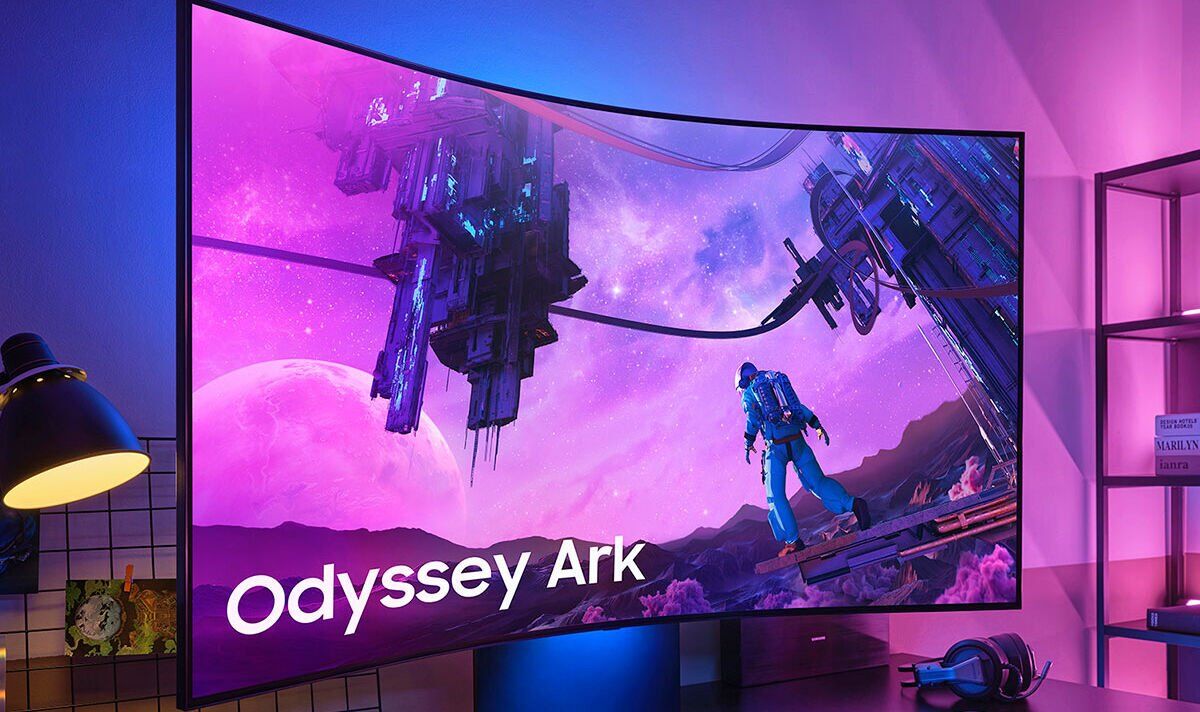 Gamers who spend hours glued to their TVs might fancy switching to something new. Samsung has just released its latest Odyssey Ark display which has been created to bring the ultimate game-playing performance into homes.

The giant 55-inch screen, which was first unveiled at the CES technology show back in January, features a curved design to help users get more immersed in their content with Samsung promising that the bendy design will improve the user’s field of view thanks to its 1000R curvature, filling their peripheral vision.

Along with that clever design, things should look pretty spectacular thanks to stunning Quantum Matrix Technology and Mini LEDs which are precisely controlled to make sure every pixel is packed with rich colour and contrast.

Another bonus of this screen is the inclusion of a 165Hz refresh rate with 1ms response time. Those silky smooth visuals mean there should be no excuses for missing that tackle in FIFA or not hitting the target during a Call of Duty battle. And, to make sure users never get distracted, Samsung has included a Matte Display technology which stops glares and reflections from spoiling the visuals.

Other useful extras include easy switching between screen ratios and the display can be used horizontally or vertically.

There’s also something called the Game Bar which lets users quickly and easily view their gaming status and control important settings without ever needing to leave the game screen and it features Samsung’s Gaming Hub which offers easy access to platforms such as Xbox, NVIDIA GeForce NOW, Google Stadia, Utomik and Amazon Luna.

“The gaming community craves new experiences and Odyssey Ark delivers access to a new world of gaming that will raise standards across the entire industry.”

If you fancy having one on your desk then you’ll need pretty deep pockets.

The giant Odyssey Ark costs £2,599 although Samsung is offering the chance to pay things back in instalments.

That finance deal means you can take delivery of the Odyssey Ark for £72.20 per month.