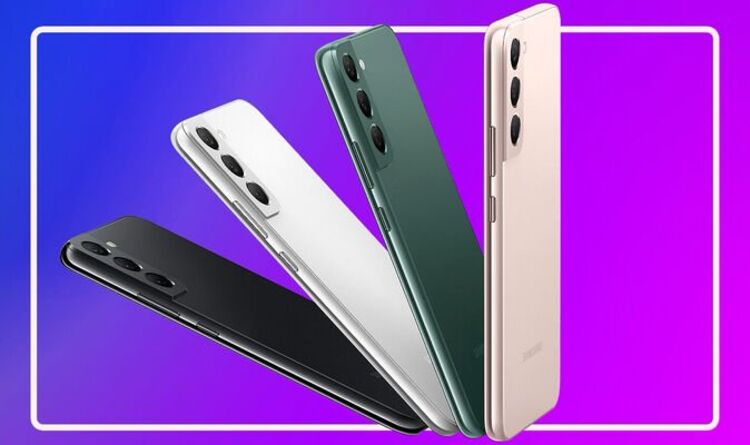 For a limited time, Samsung is offering £150 off the cost of the Galaxy S22 when you trade-in an old phone – better yet, that deal applies even if your old device doesn’t work! Yes, Samsung’s generous £150 discount applies to any model and any condition, so it’s a great way to ditch an old phone and secure a bargain on your new Galaxy.

Not only that, but Samsung is also bundling a one-year subscription to Disney+ will all Galaxy S22 orders.

Worth £79.90, the free Disney+ account will work on your new Samsung phone as well as Smart TVs, Sky boxes, streaming dongles and more, so you’ll be able to watch your favourite Star Wars films, exclusive Marvel series, animated Disney classics, and the latest movies from Pixar anywhere inside and outside the house!

Ordering the Galaxy S22 direct from Samsung is the only way to pick between the full selection of colours available. While Bora Purple, which only launched as an option for Galaxy S22 owners within the last few weeks, Phantom White, Phantom Black, Green, and Pink Gold are available from all mobile networks, high street and online stores …only Samsung offers the choice of Graphite, Cream, Sky Blue, and Violet too.

All of these colours are available across both variants of the Galaxy S22, which arrives with either 128GB or 256GB of built-in storage. However, there is a microSD card slot, so owners can boost the amount of storage available at a later date. Buying SIM-free from Samsung does not mean that you’ll need to pay the full cost upfront.

Samsung offers a number of interest-free payment plans too, which start from as low as £21.37 per month …so you won’t need to spend £769 today to get the flagship handset delivered.

If you have an old smartphone (Samsung accepts all brands), you can hand over the handset – no matter what condition it is in – to unlock a one-off discount of £150. This is available across all storage configurations and colours of the Galaxy S22. Better yet, you’ve got one week to post your old phone to Samsung (in a freepost envelope provided by the company) so your new Galaxy S22 should have arrived by then, so you won’t miss a single WhatsApp message or Instagram post in the meantime.

For a limited time, Samsung is offering a one-year subscription to Disney+ with every Galaxy S22 order. The streaming service, worth £79.90 per year, includes films Pixar and Walt Disney Animation, every entry in the Marvel Cinematic Universe and exclusive boxsets set within the same world, the complete Star Wars saga, award-winning documentaries from National Geographic, original shows not available anywhere else, and every episode of The Simpsons ever released. And you won’t just be restricted to watching your complimentary subscription on your Galaxy S22 either, you’ll be able to sign in on Smart TVs, Fire TV, Apple TV, tablets and games consoles.

To put this latest offer in perspective, when the Galaxy S22 first launched back in early 2022, the first people to pre-order the handset were rewarded with just six-months of free Disney+.

It’s no surprise that Samsung Galaxy S22 – one of the biggest smartphones to launch this year – is available on pay monthly contract from all of the biggest networks, including the likes of EE, Three, O2, Vodafone, Sky Mobile,

and Virgin Mobile. It’s worth noting that, regardless of which network you pick for your pay monthly contract, you’ll still be eligible for the one-year free subscription to Disney+.

That’s because this promotion is handled by Samsung directly and can be redeemed from the manufacturer’s website when you’ve got your hands on the new handset. However, your mobile network might bundle a number of extra promotions and extras with your new Galaxy S22, so it’s possible to double-up and unlock more freebies.