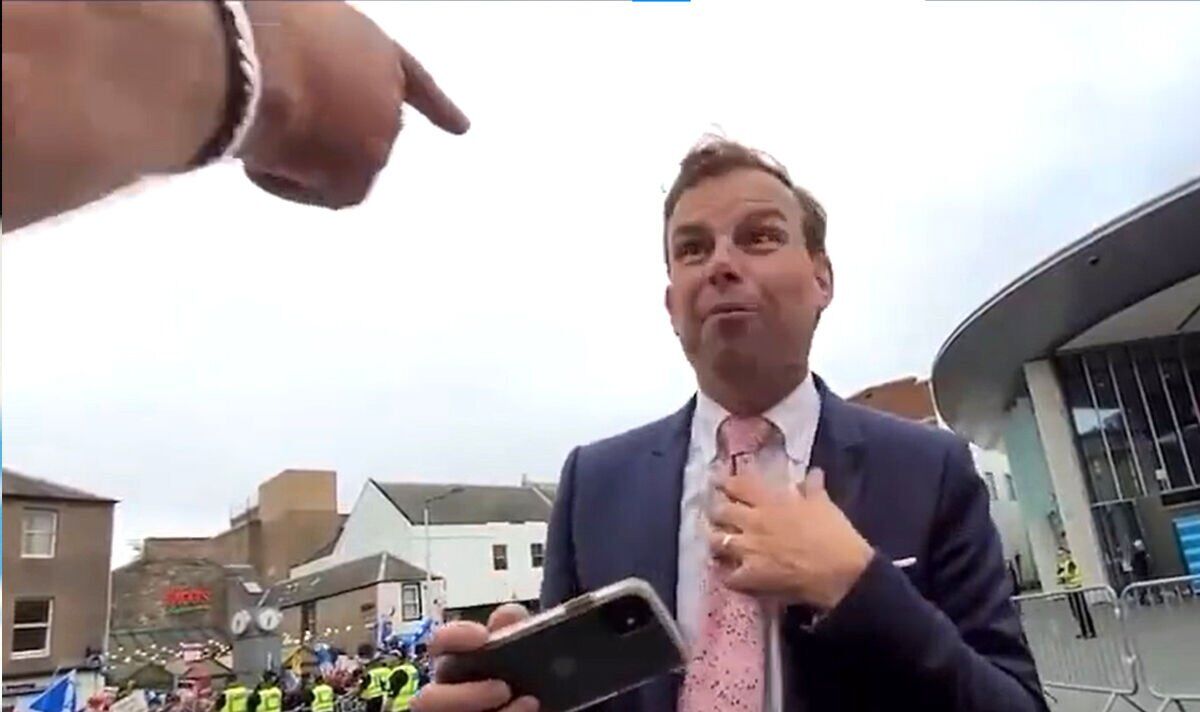 In a video released on social media today, the BBC’s Scottish correspondent James Cook can be seen attempting to have a respectful conversation with protesters in the crowd as they screamed at him for being a “traitor” and a “scumbag”, before asking if he knew about the Claim of Rights and how long he had spent in Scotland. Mr Cook, who was born and raised in Scotland, was filming the crowd for a segment on BBC when he was accosted by the small number of the audience. Nicola Sturgeon, among other prominent SNP figures, have since come out to condemn the protests, attempting to distance themselves from the abuse.

As Mr Cook attempts to explain what he is doing in Perth, a protester screams: “We’ve seen your calibre before.”

Mr Cook says, while others continue to shout: “If you let me finish my sentence please, I had my phone out to get a good shot of everybody and show what they were doing when the gentleman here called me ‘scum’.

“So, who is the person who is being unreasonable here? Not me, I would suggest.”

At this remark, several protesters scream “You, you, you” while pointing their fingers at him and hurling further abuse.

As the scene unfolded, the journalist attempted to pacify the conversation as cries of “scum” and “traitor” continued to be screamed in his face, and the legitimacy of his Scottish heritage was called into question.

After Mr Cook was asked whether he knew anything about the Claim of Rights, a key piece of constitutional legislation delineating the ability of the Scottish government to act within the UK, the journalist said: “I know my history, thanks.

Mr Cook then described the conversation as a “waste of time” as he was called a “liar”.