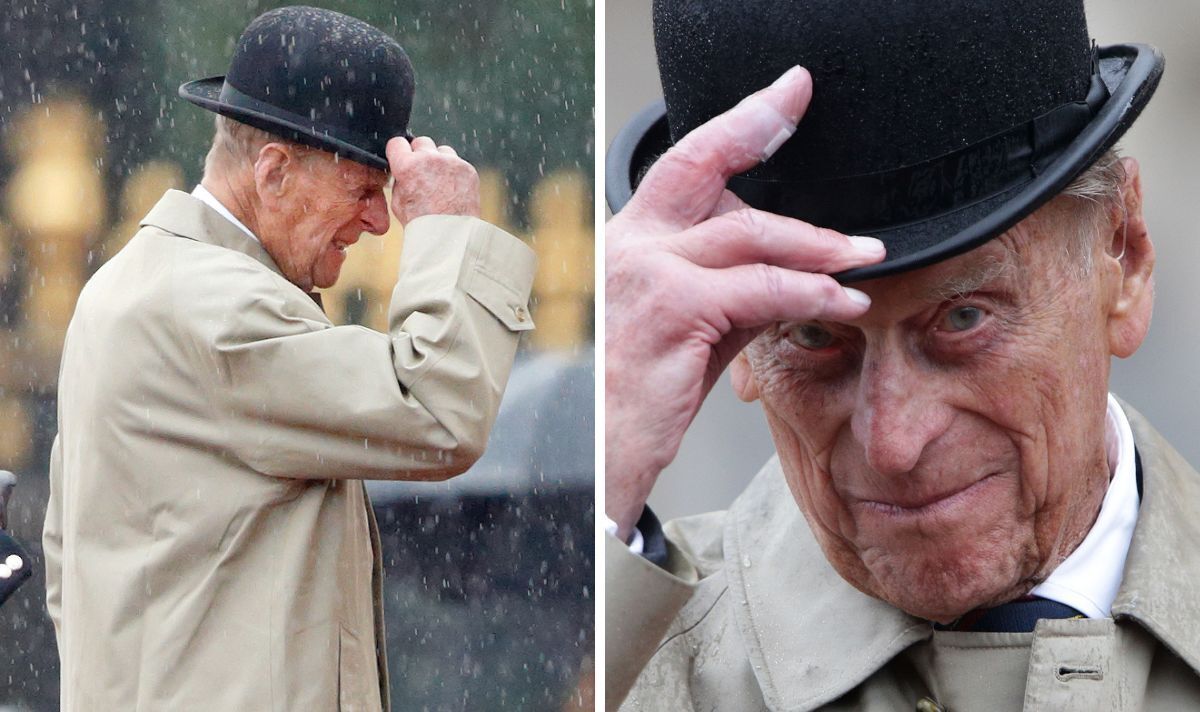 This week was the fifth anniversary of Prince Philip’s last solo engagement before he retired from public service. Royal fans have taken to Twitter to pay respects to the Duke of Edinburgh, who died in April last year.

Prince Philip participated in his last royal engagement on August 2, 2017, at Buckingham Palace in which he attended a Royal Marine parade.

This last event had personal importance to the Duke of Edinburgh, who was a former Royal Navy officer.

The Prince served in the Navy during World War 2 and made history as one of Britain’s youngest first lieutenants to participate in the war.

On Twitter, a clip of the parade went viral.

It shows Prince Philip standing in the pouring rain while he removes his bowler hat to pay respect to the Royal Marines who march past the Prince.

The clip was shared on Twitter by Joe Little, managing editor of the royal magazine Majesty.

He wrote: “Five years ago this afternoon I was part of an increasingly bedraggled group of royal correspondents and photographers on the forecourt of Buckingham Palace to witness the 96-year-old Duke of Edinburgh’s final official engagement.

“The heavy rain bothered him not a jot. #legend.”

READ MORE:Kate Middleton stuns dad after bumping into him by train loo

Prince Philip participated in 22, 219 solo royal engagements throughout his life and was 96 years old when he finally retired.

The Duke of Edinburgh had his first royal engagement in 1952 and announced his retirement in May 2017.

The Queen, who is currently 96, still continues to do official engagements but in recent years has passed many official duties to other members of the Royal Family.

This week, Princess Charlotte took part in her first royal engagement without her brothers.

The seven-year-old Princess attended the Commonwealth Games with Kate Middleton and Prince William where she cheered on English swimming athlete Luke Turley.