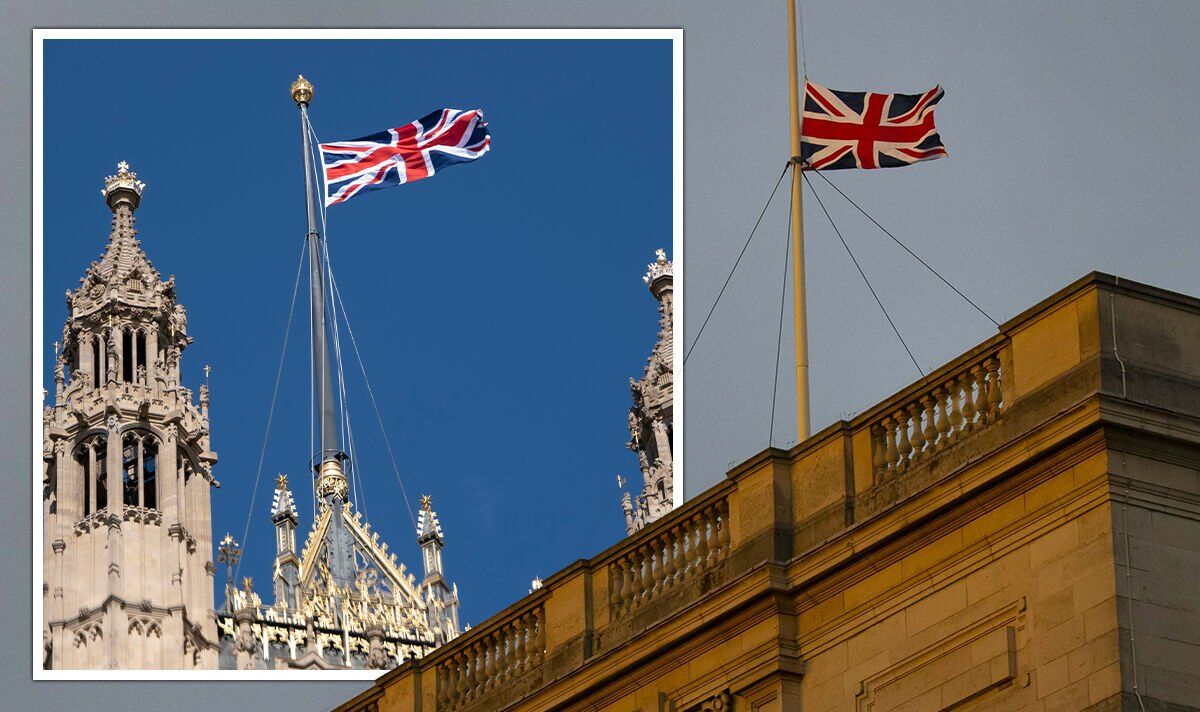 All official flags returned to full mast at 8am today, including the Union Flag. The flags were brought down to half mast when the Queen died on September 8. Restoring the flags to their normal position marks the end of the period of official national mourning for Her Majesty.

The Queen was buried in a private ceremony in Windsor on Monday evening, following a state funeral in London and military procession to Windsor Castle. The Royal Family themselves will go on to observe another full week of mourning.

During this time, senior Royals are not expected to carry out any formal duties. Flags at Royal residences will remain at half mast for this period.

They will be restored at 8am on September 27, the day after the period ends.

Buckingham Palace has said royal household staff, representatives of the household on official duties and troops committed to ceremonial duties will also observe the extended mourning period. 2,000 people, including foreign royalty and world leaders, gathered yesterday at Westminster Abbey for Her Majesty’s funeral.

The Dean of Westminster paid tribute to her “lifelong sense of duty”.

Archbishop of Canterbury Justin Welby also spoke of the affection so many people felt for the late monarch. He said: “Few leaders receive the outpouring of love we have seen.”

Thousands lined the streets to see the procession. The Queen was laid to rest alongside her late husband Prince Philip, the Duke of Edinburgh in the King George VI Memorial Chapel, found inside St George’s Chapel in Windsor.

Police described the organisation surrounding the funeral as “probably the biggest operation we’re likely to launch in the UK.”

The operation included managing a miles-long queue through central London to see the Queen’s lying-in-state. Culture Secretary Michelle Donelan said the government was crunching the final figures, but at least 250,000 people are estimated to have stood in line to pay their respects.