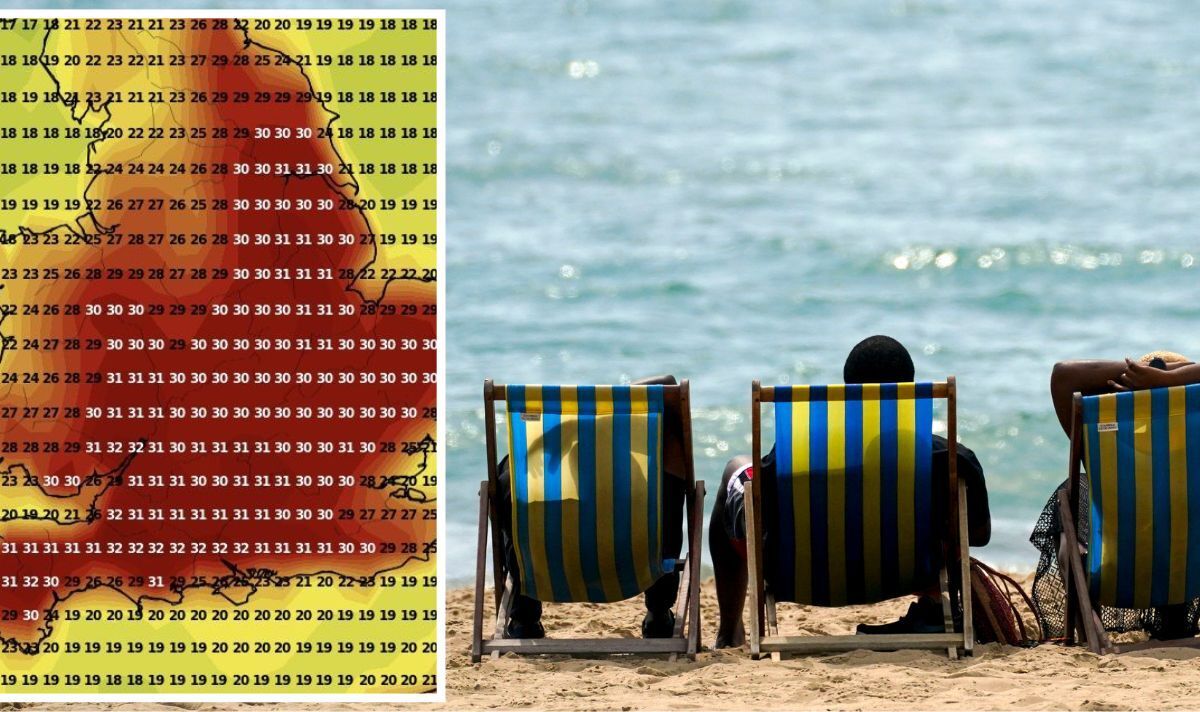 Just when temperatures started to revert back to normal summer conditions, August is now set to bring round two of the sweltering heat back to the UK. Last month’s thermometers produced a moment in history when a whopping 40.3C was recorded in parts of the country. The extreme weather on July 19 not only prompted a health warning to the public – but it also saw a string of wildfires hit parts of the country, even in places that weren’t recording the dizzying 40C heights. While Britain has somewhat cooled since then, there will be a second heat spike to come, WX Charts has predicted.

And senior meteorologist at British Weather Services, Jim Dale, said this will be caused by a high pressure system coming in from the Azores.

He said: “The heat builds next week and the drought in the south east continues for more than 10 days.

“The Azores high pressure system will move in from this Friday (August 5) onwards.”

Maps show temperatures creeping up to the late 20s early next week, with day one of the 30C heat to strike on Wednesday, August 10.

Temperatures will hit 30C by at least 6pm along the south coast from Sussex, through to the south west.

Parts of southern Wales may also experience the first heat deluge of the month.

By Thursday this heat will be far more widespread, almost blanketing England in its entirety.

The majority of the south coast will see highs of 32C but the rest of the country will follow suit closely behind with 30C temperatures hitting Leeds and Manchester by 6pm.

Coastal towns across the country will have a couple of degrees knocked off due to the prominent sea breeze.

Places set to hit 32C on this day include Southampton, Salisbury, and the New Forest.

On Friday, August 12, the 30C highs will be more limited to the south with parts of Sussex and Hampshire seeing 32C by the evening. The north will start to cool, with top temperatures of 28C being recorded.

Then the mercury will temporarily dip for a few days, with still some pleasant conditions to be expected. The fourth peak for the early to middle of the month will be on Tuesday, August 16 where parts of the east including Essex and Norfolk may see a return of 30C temperatures once again.

A Met Office forecast for the start of the month says: “Temperatures near normal across the south but feeling cooler in northern regions and during the nights.

“The dry weather is likely to persist through the later part of this period, becoming more widespread in the north.

“Still the chance of some periods of organised rain in the north at times. “Temperatures become widely near normal, but perhaps warm or very warm in the south.”