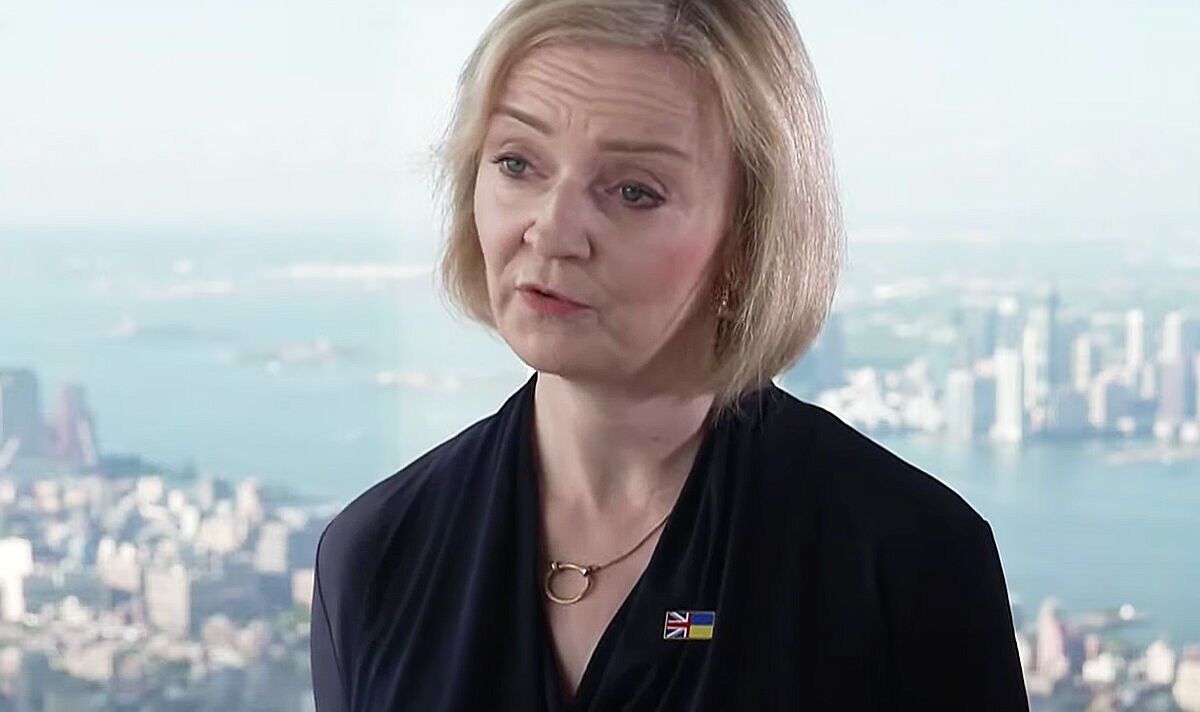 Liz Truss pledged to deliver radical tax reforms in just days, proclaiming: “We are entering a new era.” In her first round of broadcast interviews since becoming Prime Minister, Ms Truss said she would look to shake up the tax system as she seeks to get the UK economy booming again.

She confirmed the Government will reverse the national insurance hike and axe the planned rise in corporation tax first announced by Rishi Sunak.

It comes as she is also tipped to be planning to scrap the cap on bankers’ bonuses, imposed via EU law while the UK saw still a member of the bloc.

She told the BBC: “I’ll always work to make sure that we are helping those who are struggling. That’s why we took the action that we took on energy bills because we didn’t want to see households facing unaffordable bills.

“And that’s why we’re going to take the action on national insurance, reversing that increase as well.

READ MORE: Trade deal with US ‘might take years’ as Truss holds talks with Biden

On Friday Chancellor Kwasi Kwarteng is set to deliver a mini-budget in the House of Commons to implement the tax changes.

During the Conservative leadership election, Ms Truss vowed immediate action to help grow the economy. However, she was forced to push back the planned fiscal changes following the death of Queen Elizabeth II.

Speaking in New York where she is attending the annual United Nations General Assembly, the new Conservative leader warned there was a need to fix the economic situation at home due to the changing world order in the aftermath of Russia’s invasion of Ukraine.

She said: “We are entering a new era. It is a more insecure era, we face an increasingly aggressive Russia and assertive China.

“We need to work more closely with our allies and we also need to get the British economy growing so that we have that security for all of our citizens.

“What I’m about and what my Government is about is about delivering for people, making sure that people have the jobs, the opportunities and the future that they can rely on.”

UK inflation currently stands at 9.9 percent. The rate has surged over the past year with the increase largely caused by an increase in the price of wholesale gas as a result of Russia’s invasion of Ukraine.

Inflation has led to a real-terms decrease in hard-working Britons’ income.

At the same time, Britain’s GDP is expected to stall over the next 12 months with the economy growing just 0.2 percent in 2023.

Admitting the Uk is facing “incredibly tough economic times”, the Prime Minister promised: “We will be working to strain every sinew to make things happen, to get Britain moving and get that economic growth going that we need to make sure we have a secure future.”