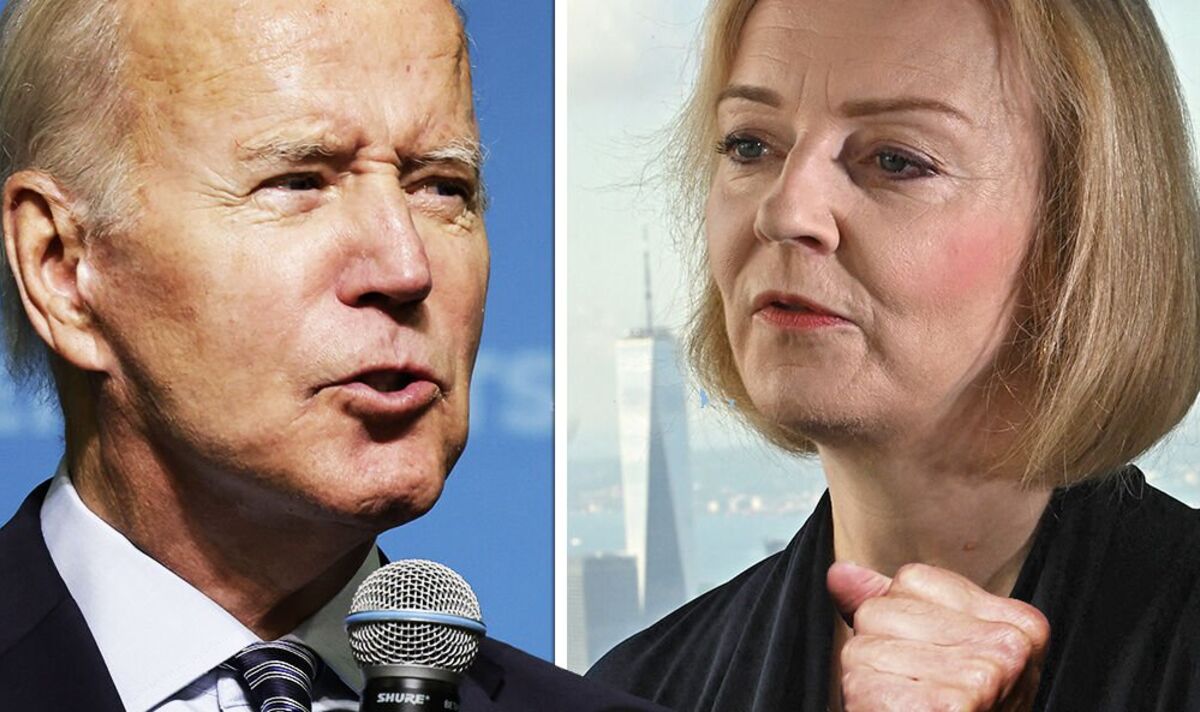 In briefings ahead of their crunch talks today, the US President made it clear that he will communicate his “strong view that the Good Friday Agreement must be protected,.”

He added that he would “encourage the U.K. and the European Union to work out an effective outcome.”

The President has claimed that Brexit is now a danger to peace in Northern Ireland.

However, Ms Truss has been equally firm that she will not back down to attempts from the Democrats, who are facing electoral defeat in the November midterm elections, to force Britain to accept the UK being effectively broken up to appease Brussels.

The confrontation comes as another senior Democrat Nancy Pelosi, the House Speaker, visited Ireland in a bid to pressure Ms Truss’ government this week.

Previously, UK ministers have attacked Pelosi and Biden of being “ignorant” on the true facts of Northern Ireland.

There is a belief in Whitehall and among Government ministers that the Democrats are “in the pocket” of the Irish lobby which in turn takes its instructions from Sinn Fein, the Irish Republican movement which many believe still has links to the IRA army council.

As Foreign Secretary Ms Truss introduced the Northern Ireland Protocol Bill which will remove the worst aspects of the temporary deal with the EU over Ulster remaining in the Single Market.