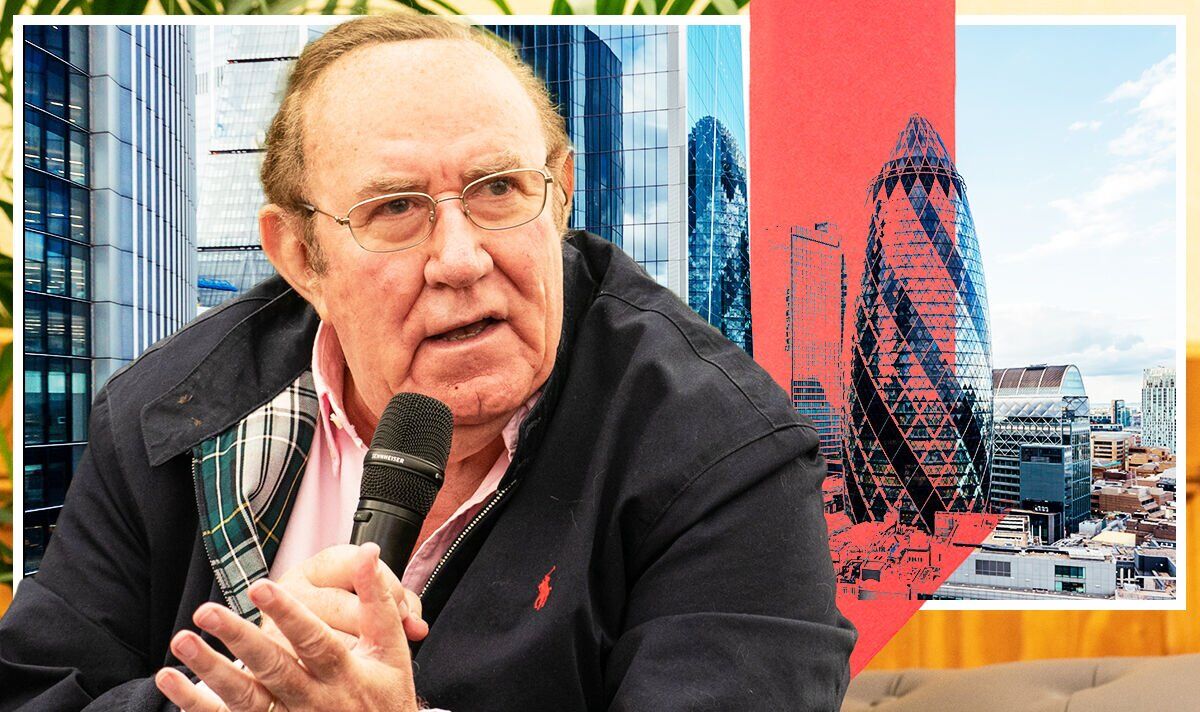 Britain’s central bank warned today that Britons face two years of falling household incomes and inflation set to soar to more than 13 percent. It also predicted the country would plunge to its longest economic recession since the 2008 financial crisis.

Mr Neil tweeted: “Some truly dire predictions from [the] Bank of England. Five consecutive quarters of economic decline with GDP falling over 2%. Inflation heading for 13%. Stagflation red in tooth and claw.”

The remarks by the presenter of Channel 4’s The Andrew Neil Show led some to conclude Brexit was to blame for the economy’s dire predicament.

Mr Bailey said he had huge sympathy for households facing rising borrowing costs, but warned the alternative would be even worse in terms of persistent inflation.

However, Conservative MPs attacked the Bank’s performance as they come under pressure to help households with soaring energy bills. Foreign Secretary Liz Truss has said she plans to review the Bank’s mandate, but has not outlined exactly what that would cover.

Attorney General Suella Braverman, who supports Ms Truss in the Tory leadership race, has said the Bank was too slow to raise interest rates in the face of rising inflation. She said Ms Truss’s promised review would question the Bank’s independent decision-making on interest rates.

Ms Braverman told Sky News: “That’s going to be looking into detail at exactly what the Bank of England does, and see whether it’s fit for purpose in terms of its entire exclusionary independence over interest rates. The last time this was done was in 1997 – it’s right and it’s ripe now to review whether that is the right settlement.”

She added the Tories were not talking about revoking the Bank’s independence.

Tory MP Sir John Redwood said the recent failure of UK monetary policy to keep inflation around two percent was “entirely predictable” and the result of policy error, allied to a bad economic model of the economy and “very optimistic” inflation forecasts from the Bank and Treasury.

The Bank’s Deputy Governor Ben Broadbent rejected claims inaction last year contributed to the surge in inflation, saying it was impossible to predict the impact of Russia’s invasion of Ukraine.

He added if the Bank had been able to foresee the invasion, interest rates would be far into the double digits by now. Mr Broadbent said: “We would have had a far bigger recession, even than the one we’re forecasting now.”

Marc Ostwald, chief economist from brokerage ADM Investor Services International, said investors might find Ms Braverman’s comments unsettling. He said: “Any idea of interference – then people will have to think about what sort of premium will have to be factored into UK rates, and the risk factor for the pound.”

Meanwhile, the FTSE 100 rallied back to positive territory despite the Bank’s rate hike and frightening outlook for the economy. On the back of today’s announcement, the pound was down 0.11 percent against the dollar at 1.212 and was 0.53 percent lower against the euro at 1.189 at the close.