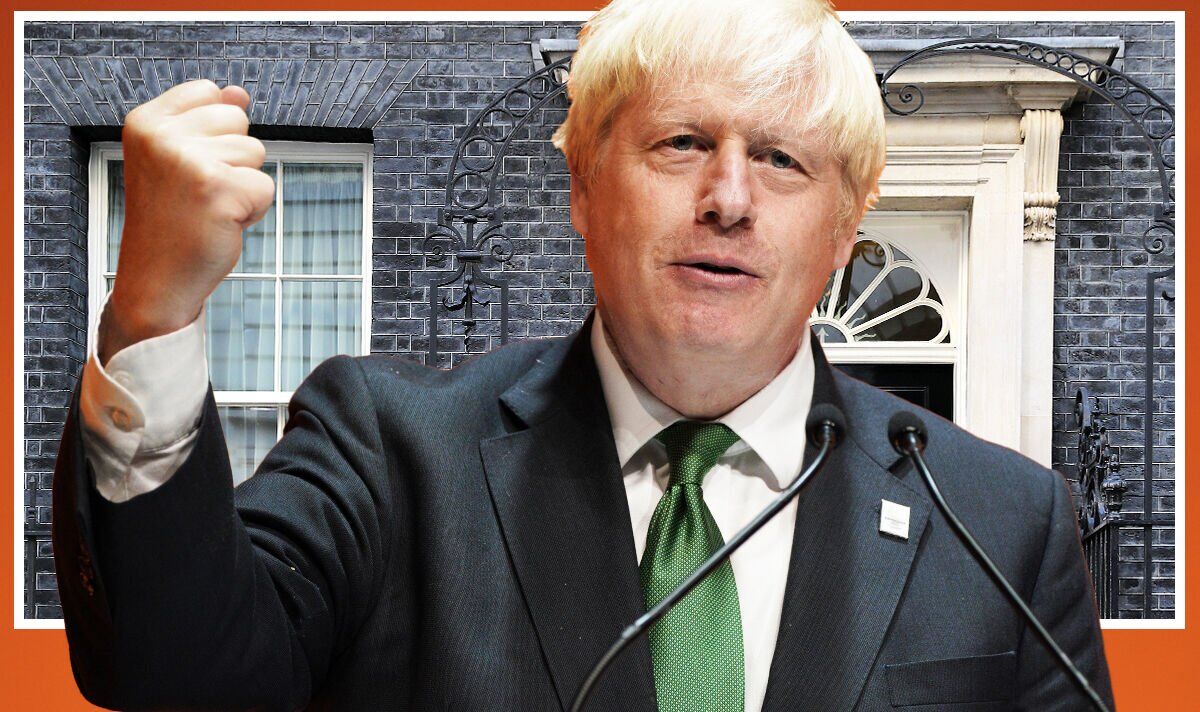 The former party treasurer, one of the richest figures in the City, has already garnered more than 15,000 signatives from members demanding a vote to put Boris Johnson on the ballot. A YouGov poll published last night showed that he would easily beat the two leadership contenders. It came as party bosses had to delay sending out ballots because of a threat from hackers and a warning from intelligence bosses at GCHQ.

In his letter to Tory bosses – addressed to party chief executive Darren Mottt and members of the National Convention – emailed this morning and published by the Conservative Post website, Lord Cruddas has told them that the delay means that the whole contest needs to be suspended and members given a chance to overturn Mr Johnson being forced out by Tory MPS.

He has promised to vote for a ballot on Mr Johnson and, if members decide not to keep him, then pay in full for the vote on the two leadership contenders Rishi Sunak and Liz Truss.

The party chiefs have already been set a deadline by Lord Cruddas on Friday to consider changing the leadership rules or face legal action in the High Court.

He wrote: “I read in the wider press that you have been warned of impending cyber-attacks on the leadership campaign it set alarm bells ringing.

“Especially as the risk of a cyber-attack is not new and it is disappointing to hear that this is being raised as a concern so late in the day.”

I have worked in the financial services sector for over forty-five years. The last 24 years in building and launching technology platforms for banks and clients to buy and sell financial assets securely.

Directly and indirectly there are over 1,000,000 clients, using my technology platforms around the world. So I know a lot about cyber-attacks and the impact it can have on businesses.

That is why when I read in the wider press that you have been warned of impending cyber-attacks on the leadership campaign it set alarm bells ringing.

Especially as the risk of a cyber-attack is not new and it is disappointing to hear that this is being raised as a concern so late in the day.

This is very serious, so serious that you had to change the voting system for the campaign at this very late stage! What worries me more is that cyber-attacks and interference are not one off events.

If I have learnt one thing about cyber-attacks is that they are relentless and can go on for weeks and months, non-stop. They cannot be ignored or taken lightly. You must make sure that you are secure 24/7 and you have a full time team working to defend your systems.

Cyber-attacks in politics have much greater implications especially if they are by foreign powers trying to influence the outcome of elections or campaigns.

No need to list here all the issues that can arise, but worth noting that a collapsed Government can easily result from a cyber-attack due to the integrity of an election or campaign result.

The Board of the Conservative Party has a massive responsibility to ensure that any campaign is free from interference, is valid and has integrity. This is a big responsibility for the board, because if there is only one invalid vote due to a cyber-attack the whole vote and campaign is destroyed, the result will lack integrity, credibility and nobody will have confidence in the board and the result. There is no doubt heads will roll at CCHQ because people will say if there is one corrupt vote how many more are there? And what type of people are running this process, that it can allow interference from outside sources.

What you need is time to make sure that there is no cyber or foreign interference in our voting systems. There are very powerful people out there that have the resources and money to completely disrupt our political system and you cannot afford one mistake!

The purpose of this letter is to offer help and a solution, here is my proposal:

1. Immediately suspend the leadership campaign. You cannot run the risk of a cyber-attack to affect the integrity and the outcome of the result.

2. The Board should reject the resignation of the Prime Minister and ask him to stay on whilst the Board fixes any cyber issues and the leadership campaign can be revisited in due course.

3. Allow the Party members to decide on a simple yes/no ballot to accept the Prime Minister’s resignation going forward.

4. My campaign is valid as you have already received approximately 12,000 signatures calling for a Boris ballot. We are processing at least another 5,000, which will be sent by the end of the week.

5. Holding a Boris ballot is within the rules of your constitution.

6. I will pay for the Boris ballots and they can be conducted by an independent security firm which I will also pay for at my own personal expense.

7. You can decide on the security firm you want to use to conduct the Boris Ballot. I will just pick up the tab, including cost of ballots and stamps etc.

8. If the members vote to keep Boris then there is no need for a leadership campaign and no more cyber security threats.

9. This will give you time to rebuild your cyber infrastructure ready for the next big campaign.

10. If the members vote to accept Boris’s resignation, then I will pay for cyber security to continue the existing leadership campaign between Miss Truss and Mr Sunak.

11. Again you can choose who you want to use and I will pay including the costs of ballots and postage etc.

I understand that this might cause parliamentary political issues but I would appeal to all politicians to put their country first whilst the board deals with any outside interference in our political system. The board cannot afford to take any chances over this campaign.

I would urge politicians to work with the Prime Minister to maintain Government, Afterall he was democratically elected to do so in 2019.

Because this is way beyond party politics, the future of our democracy is at stake here.

I would also appeal to the politicians to accept the will of the members if they choose to keep Mr Johnston. This is a chance for the Party to show it is listening to its members and will be the first line of defence against outside interference in our political system.

I look forward to your response.