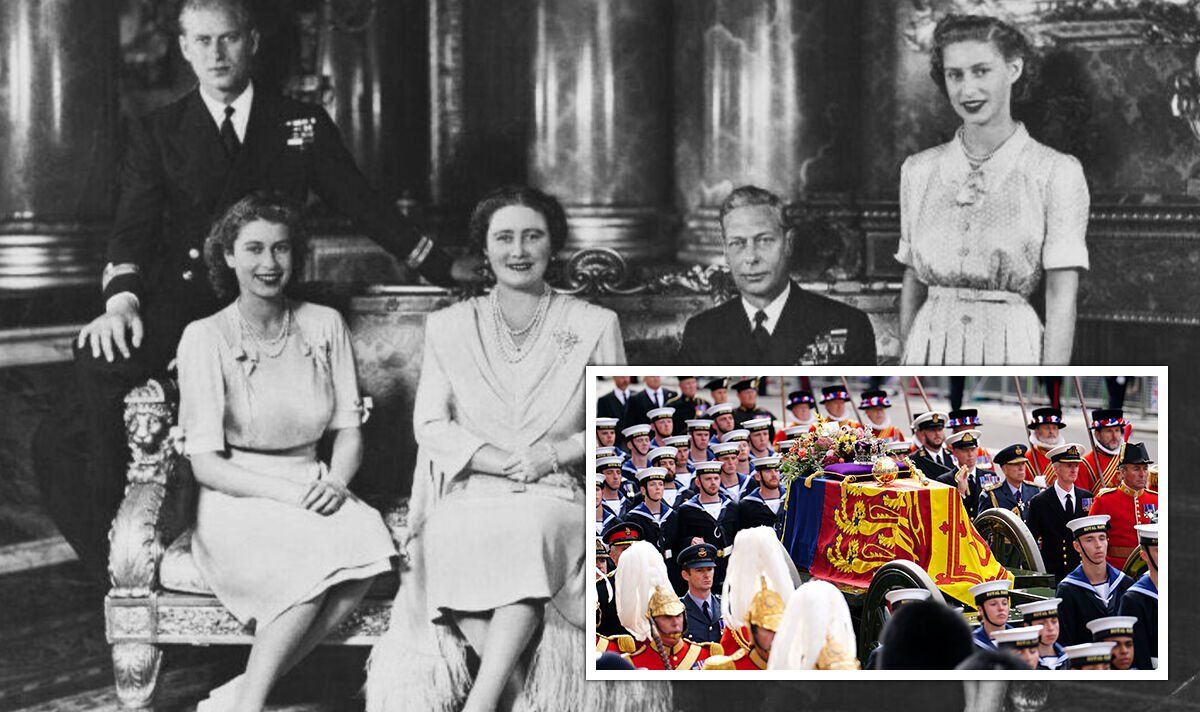 Royal fans have been delighted after the Royal Family released a never-before-seen photo of Her Majesty Queen Elizabeth II following her funeral. The black and white photo was taken in 1947 when Her Majesty married Prince Philip at the start of their 73-year journey. The release of the picture drew tributes from fans who found comfort in the fact that Prince Philip and Her Majesty were “together again” following the funeral.

The photo was released by the Royal Family via Twitter, following Her Majesty’s last journey from London to Windsor Castle.

The Royal Family said in a tweet accompanying the released photo: “This evening a Private Burial will take place in The King George VI Memorial Chapel at Windsor.

“The Queen will be Laid to Rest with her late husband The Duke of Edinburgh, alongside her father King George VI, mother Queen Elizabeth The Queen Mother and sister Princess Margaret.”

Following the release of the photo, thousands took to Twitter to pay their respects to Queen Elizabeth II.

Geraldene Mason (@geraldenemason1) added: “Today was an incredible day for all of the world to share…tonight is for the Royal Family to grieve in privacy…a beautiful and sad day.”

During the final procession on Monday, thousands of mourners lined the long walk at Windsor Castle holding flowers and silently watching as drummers, members of the armed forces and the hearse passed.

Members of the Royal Family, who walked behind the coffin during a short procession from Westminster Hall earlier in the day, attended the committal service.

After a long day celebrating the life of Queen Elizabeth II, Her Majesty and Prince Philip were laid to rest at the Chapel in Windsor.

Her Majesty was buried in a private ceremony at King George VI Memorial Chapel, where they will join King George VI, the Queen mother and the Queen’s sister Princess Margaret, whose ashes are buried at the Chapel, among other members of the Royal Family.

The Chapel is normally open to the public, meaning anyone will be able to visit Her Majesty’s final resting place.

Following the public services and processions throughout the day, a third service was held, restricted to those who were close to the Queen.

Her family and close friends were able to pay their respects at the intimate and private service, mourning the loss of their matriarch and monarch.