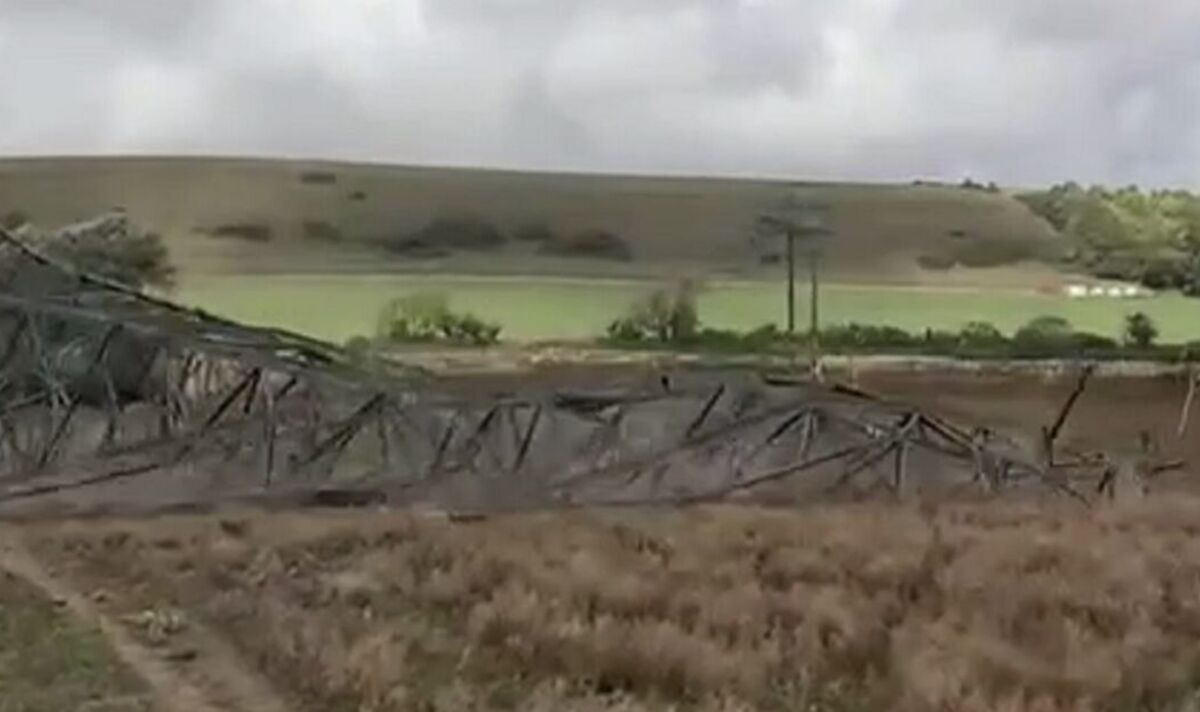 The removal of the existing electricity transmission infrastructure, which has been in place since the 1960s, is part of the National Grid’s Visual Impact Provision (VIP) programme. The £166million pilot project, which is based near the villages of Martistown and Winterbourne Abbas, is hoped will transform views of the surrounding Dorset area of outstanding natural beauty. In total, the current undertaking will see the removal of 22 120-feet-tall electricity pylons and a whopping 5.5 miles of overhead power cables, which have been replaced with underground cabling buried at a depth of around three feet.

This effort, he added, “would not have been possible without the dedication and expertise of the site team and the patience of the local community.

“Our goal has always been to enhance this beautiful landscape, and now we’re seeing the fruits of our labour — with the field we used for civil engineering works being reinstated.”

National Grid Electricity Transmission was given dedicated funding to carry out VIP projects in areas of outstanding natural beauty and national parks as part of how it is regulated by Ofgem, the utilities firm explained.

Undertaken in collaboration with the firm Morgan Sindall Infrastructure, work on the Dorset VIP project began back in 2015.

Technical workshops were put on for stakeholders and drop-in events from the general public held in the area of outstanding natural beauty.

It was decided that the best solution would be to lay replacement cables underground, as it was felt that either screening or trying to camouflage the transmission towers would not be a sufficient improvement.

Construction work on the replacement power infrastructure began in 2019 following the granting of planning permission the previous year.

READ MORE: Fracking in UK MAPPED- What areas are likely to be targeted

The project also incorporated a team of 25 archaeologists whose study of the Dorset site yielded a rich history of human presence in the area that dated back some 6,000 years.

“The many archaeological discoveries arising from the project have confirmed and enriched our understanding of the South Dorset Ridgeway as an ancient ceremonial landscape of national significance.”

Mr Munro added: “We’re looking forward to seeing the landscape afresh, less cluttered by modern infrastructure, with the ancient monuments once again taking centre stage and reminding us of the long story, stretching back into prehistory, of human interaction with the land.”

The Dorset location of the pilot project was selected from hundreds of prospective sites across England and Wales by an independent advisory group.

Other projects being planned are based in the Peak District, Snowdonia, the North Wessex Downs and the Cotswolds.

According to the National Grid, the new power infrastructure called for complex engineering and the use of specialist equipment more commonly employed on mountain slopes.

Morgan Sindall Infrastructure managing director Simon Smith said: “We’re incredibly proud of our teams’ contributions as we work together with National Grid to transform this Area of Outstanding Natural Beauty, leaving a lasting legacy for the residents and communities in Dorset.

“The project is a great showcase of our approach to innovation, deploying our specialist expertise to overcome the challenges associated with the unique local landscape.”