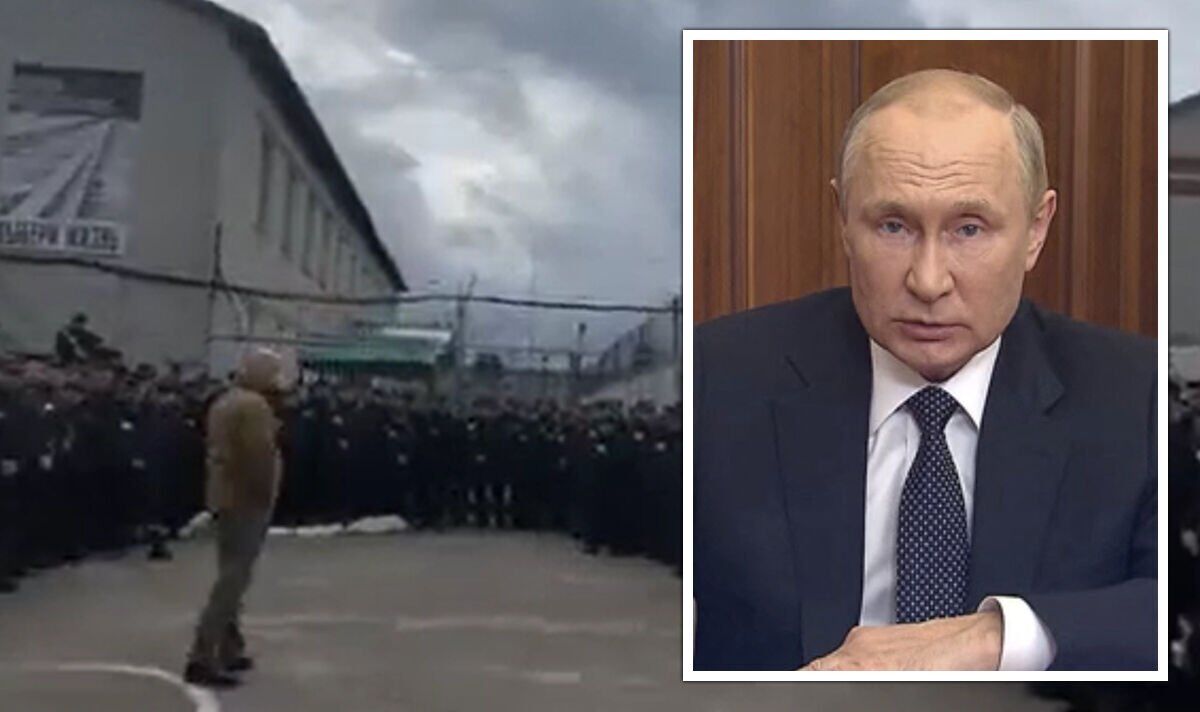 Russia is reportedly recruiting “thieves and killers” from prisons to bolster its ailing invasion of Ukraine. A recently leaked video appeared to depict Yevgeny Prigozhin, an ally of Vladimir Putin and leader of the Wagner group, offering pardons to Russian prisoners if they served six months with his mercenary group.

Responding to criticism over the idea of hiring prisoners to help in the war, Mr Prigozhin said in a statement that those who do not want to send convicts to fight should instead send their own children. Ivan, an inmate from the Tambov region south of Moscow who says Mr Prigozhin tried to recruit him, told the Guardian: “The truth is we, thieves and killers, are now fighting Russia’s war.”

Ivan is halfway through a 23-year sentence for murder and asked to use a pseudonym out of concern for his safety.

He added: “We couldn’t believe our eyes, he would really come all the way to visit us. But there he was standing in front of us: Prigozhin, in the flesh, urging us to join the Wagner private military group and fight in Ukraine.”

The prisoner added that the inmates were told that if they served six months in Ukraine, they would be set free – but were warned that “few would come back”.

Ivan declined the job offer but he said roughly 120 inmates signed up and were now fighting in Ukraine after a one-week training course. He added that he would sign up if given the choice now, saying: “I have 11 more years to spend in jail.

“Either I die in this s***hole or I die there, it doesn’t matter that much. At least I’ll have a chance to fight for my freedom. We all compare it to Russian roulette.

“Besides, right now, signing up is voluntary. Soon we might have no choice and be forced to go.”

The idea that Russia might eventually start forcing its inmates to go to war was a view shared by others the Guardian spoke to.

A Russian woman Irina told the publication that her husband, who was in jail in Nizhny Novgorod, had told her two weeks ago that he was departing for Ukraine the next day.

She said: “He told me he was doing it for me and our baby. So that we can be reunited again. But what use is he to us dead? I wish Prigozhin never came.”

While the exact number of Russian inmates being brought into war with Ukraine is difficult to establish, a US official said on Monday that the Wagner Group was trying to recruit more than 1,500 convicted felons. The official told reporters on condition of anonymity: “Our information indicates that Wagner has been suffering high losses in Ukraine, especially and unsurprisingly among young and inexperienced fighters.”

Olga Romanova, head of prisoners’ rights NGO Jailed Russia, said the number was much higher – estimating that as many as 11,000 Russian prisoners had signed up to go to Ukraine.

She said: “The process is accelerating. Just this morning alone, we got reports of 600 prisoners being transported from Nizhny Novgorod.”

The EU has sanctioned the Wagner Group, accusing it of performing clandestine operations on the Kremlin’s behalf. The group has also been accused of human rights abuses and war crimes in Ukraine and other conflicts.

He said: “It is either private military contractors and prisoners [fighting in Ukraine] or your children – decide for yourself.”

This morning Putin announced a partial mobilisation of its military, calling up 300,000 army reservists for the invasion.