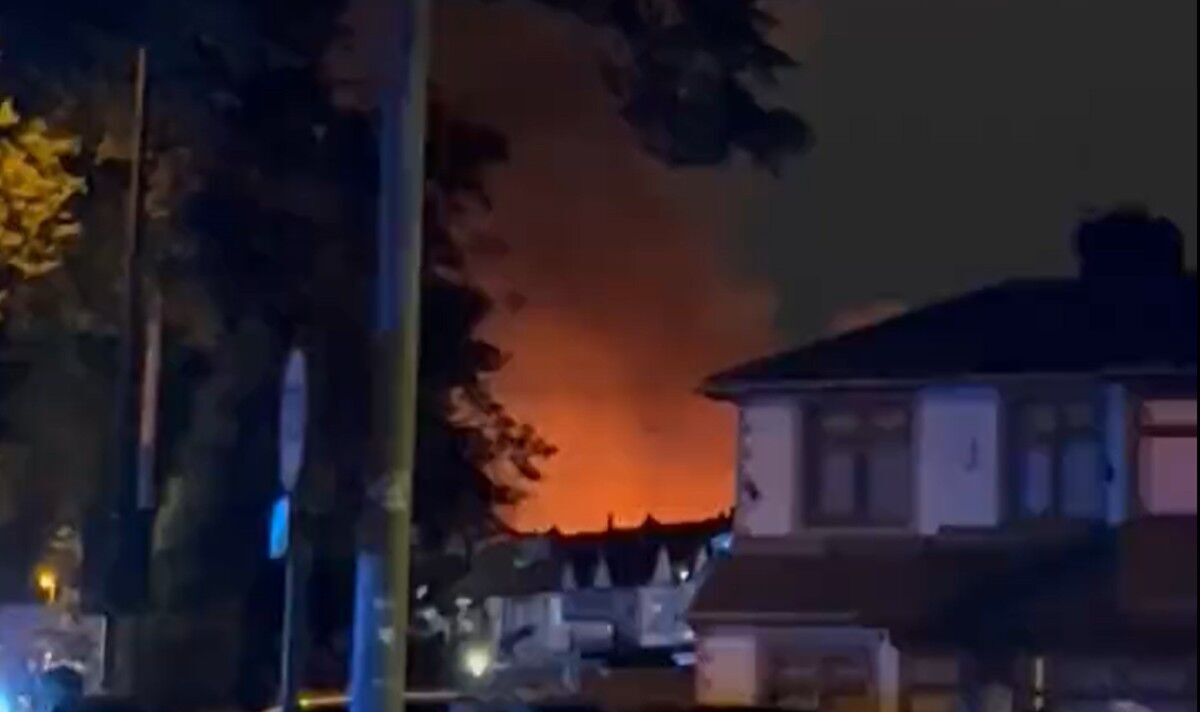 An orange cloud of smoke has been spotted billowing above rooftops as a huge fire rages in Birmingham. Around 50 firefighters are at the scene in Alum Rock Road, in the east of the city. Police have blocked the road, while an ambulance is en route. Ten crews were sent to Zeenat supermarket on Alum Rock Road, near Thorton Road shortly after 6.30pm this evening, September 19.

A spokesperson for West Midlands Fire Service said: “We have a number of fire engines in attendance.

“It is a large fire in a building in Alum Rock Road. We were called at 6.37pm. We are still dealing with it.”

Ten fire crews were sent to battle the blaze this evening.

The fire broke out shortly after 6.30pm this evening, with flames and smoke seen billowing across the city.

West Midlands Fire Service dispatched around 50 firefighters to the scene in Alum Rock Road, near to Thornton Road.

Dramatic pictures and video from the scene captured thick black smoke billowing into the sky above.

Crews were seen trying to extinguish the inferno as crowds gathered around, accorsing to BirminghamLive.

Police appeared to have blocked the road and an ambulance was seen making its way to the scene.

READ MORE: Louise Redknapp thanks lookalike mum for ‘always being there’

The incident is ongoing and members of the public are being urged to avoid travelling through the area.

The Zeenat Supermarket is an independent shop in Birmingham.