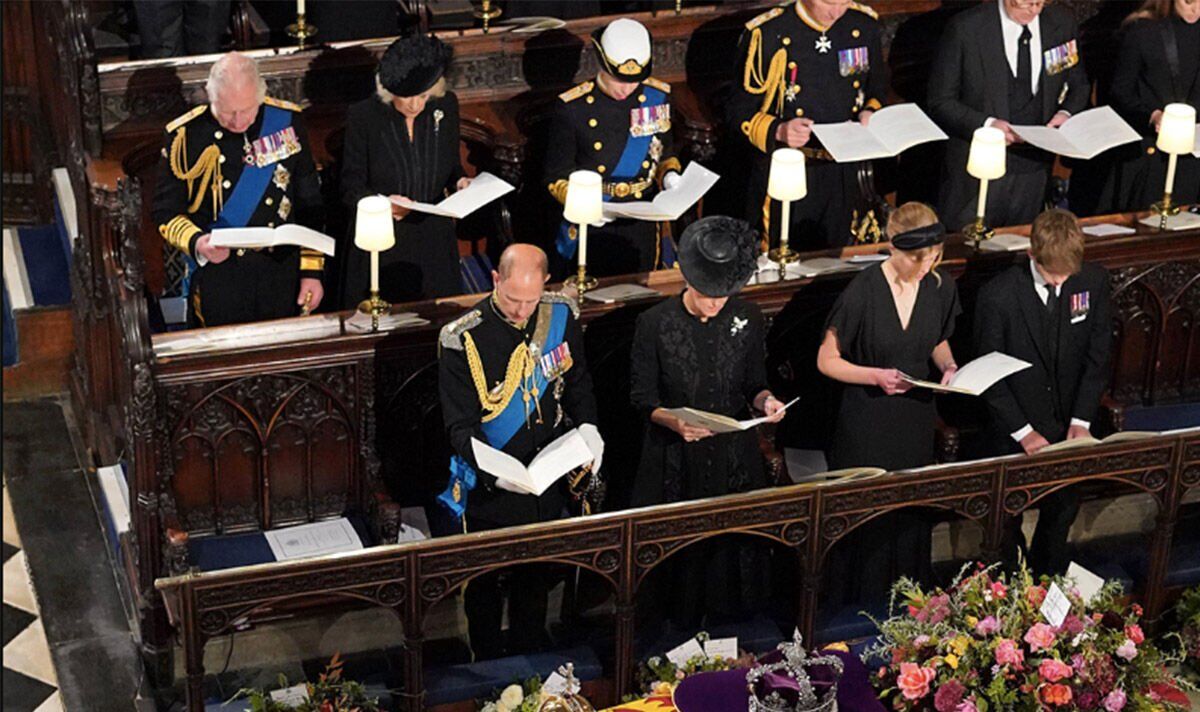 During previous royal events, some have speculated that this could be a deliberate move to represent a member of the Royal Family who has passed away.

However, this is not, in fact, the case. The empty seat in front of Charles is merely there to follow royal protocol. No one is allowed to sit in front of the reigning monarch at this kind of event so the monarch’s view of proceedings isn’t blocked.

This has been seen before at other royal events. At Princess Eugenie’s wedding, a seat was left empty at St George’s Chapel in Windsor.

When Prince Harry married Meghan Markle in 2018, the same protocol was followed. At the time, many had suggested that the seat was left empty in memory of Harry’s mother Princess Diana.

Harry and Meghan did honour Diana in other ways during their wedding. The Duchess of Sussex carried a bouquet of forget-me-nots, one of Diana’s favourite flower.

The former Princess of Wales also loved white roses. These were used to decorate the walls at St George’s Chapel at Windsor Castle and were also planted in the palace gardens.

Diana’s sister, Lady Jane Fellowes, rarely makes public appearances. But she stood at the wedding to do one of the readings.

Part of her passages read: “Set me as a seal upon your heart, for love is strong as death.”