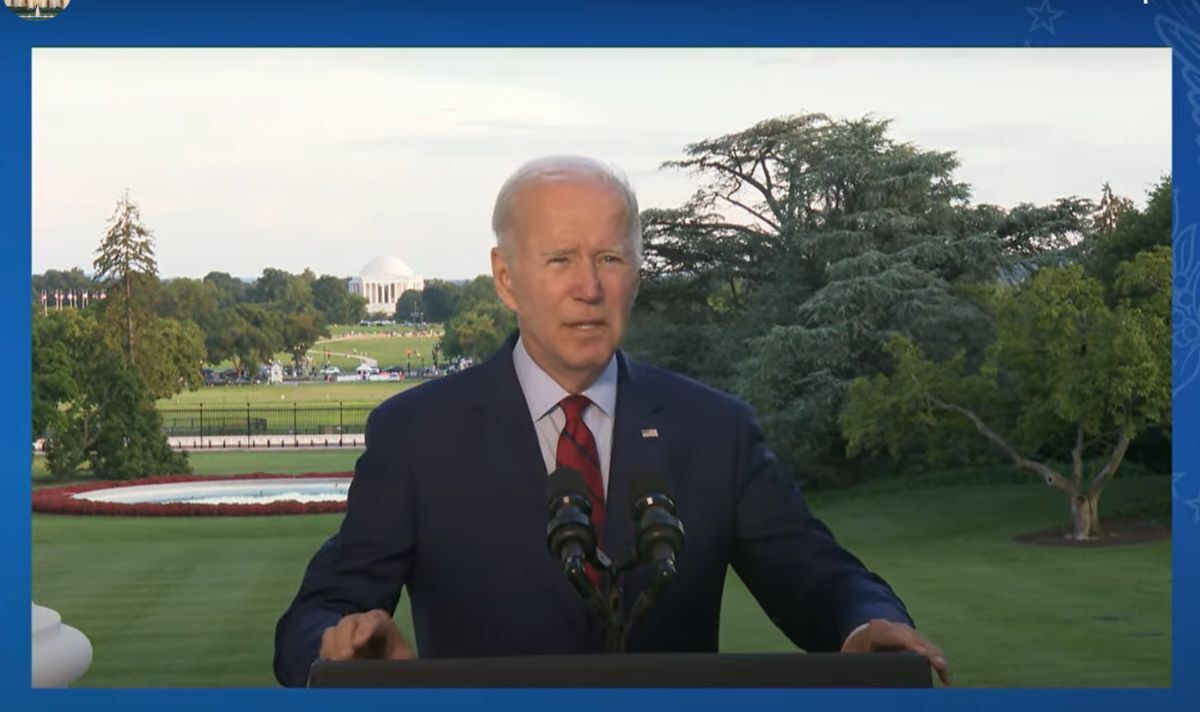 The 46th President gave his address at 7.30pm EST (12.30am BST) in which he confirmed earlier reports that Al-Zawahiri had been killed by a US drone strike in Afghanistan.

Al-Zawahiri took over as leader of the terrorist group after Osama Bin Laden was taken out by US forces in 2011.

President Biden began by saying: “My fellow Americans, on Saturday, at my direction, the United States successfully concluded an airstrike in Kabul, Afghanistan that killed the Emir of Al Qaeda, Ayman Al-Zawahiri.

“Zawahiri was Bin Laden’s leader, he was with him the whole time and was his deputy at the time of 9/11.

“He was deeply involved in the planning of 9/11, one of the most responsible for the attacks that murdered 2,977 people on American soil.”

President Biden also drew attention to the many other attacks that Al-Zawahiri helped mastermind, including those on the American embassies in Kenya and Tanzania in 1998.

He continued: “Since the United States delivered justice to Bin Laden 11 years ago, Al-Zawahiri has been a leader of Al Qaeda.

“Now justice has been delivered and this terrorist leader is no more.

“The United States continues to demonstrate our resolve and our capacity to defend the American people against those who would seek to do us harm.

“We make it clear again tonight, that no matter how long it takes, no matter where you hide, if you are a threat to our people the United States will find you and take you out.”

He wrote on Twitter: “Al-Zawahiri may be dead in Afghanistan, but al-Qaeda is not gone.

“Contrary to what President Biden is saying tonight, our ability to combat growing terrorist threats in Afghanistan are on the margins.

“There are al-Qaeda training camps emerging in Afghanistan like before 9/11.”