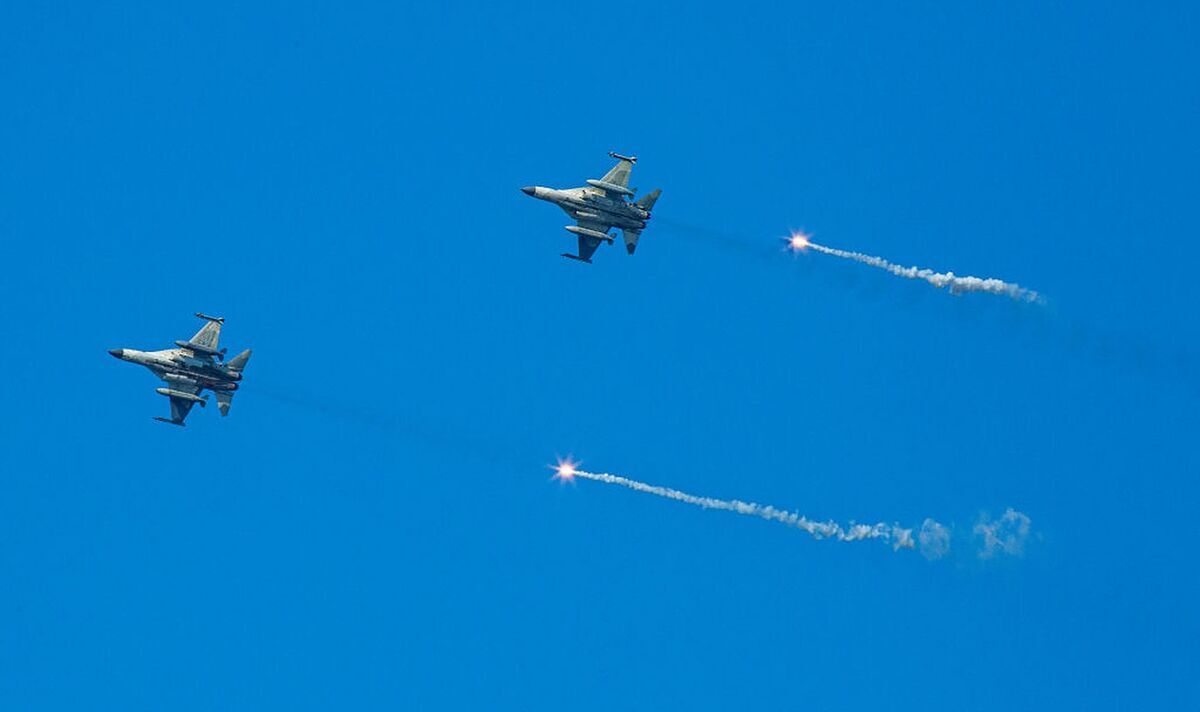 Taipei said that the aircraft had flown in the area around the Kinmen islands and it had fired the flares to drive them away. The heavily fortified Kinmen islands are located just off the southeastern coast of China, near the city of Xiamen.

Taiwan has been on alert as China is conducting a series of military exercises in response to the visit of US House of Representatives Speaker Nancy Pelosi.

Major General Chang Zone-sung of the Army’s Kinmen Defence Command told Reuters that the drones arrived in a pair.

According to General Chang, they flew into the Kinmen area twice on Wednesday night, at around 9pm (1300 GMT) and again at 10pm.

He said: “We immediately fired flares to issue warnings and to drive them away.

The Dongyin command fired flares at the drone to warn it away, the ministry said.

A senior official familiar with the security planning in the region told Reuters that it was a Chinese drone, probably one of the country’s new CSC-005 drones.

There was no immediate comment from China’s defence ministry.

It was the second such incident near Dongyin this year.

At the time Taiwan described the incident as an attempt by China to develop a new strategy to test its reactions.