Skip to content
HomeNewsSuper-loyal Dorries: Furious Boris supporters MUST back Truss for PM 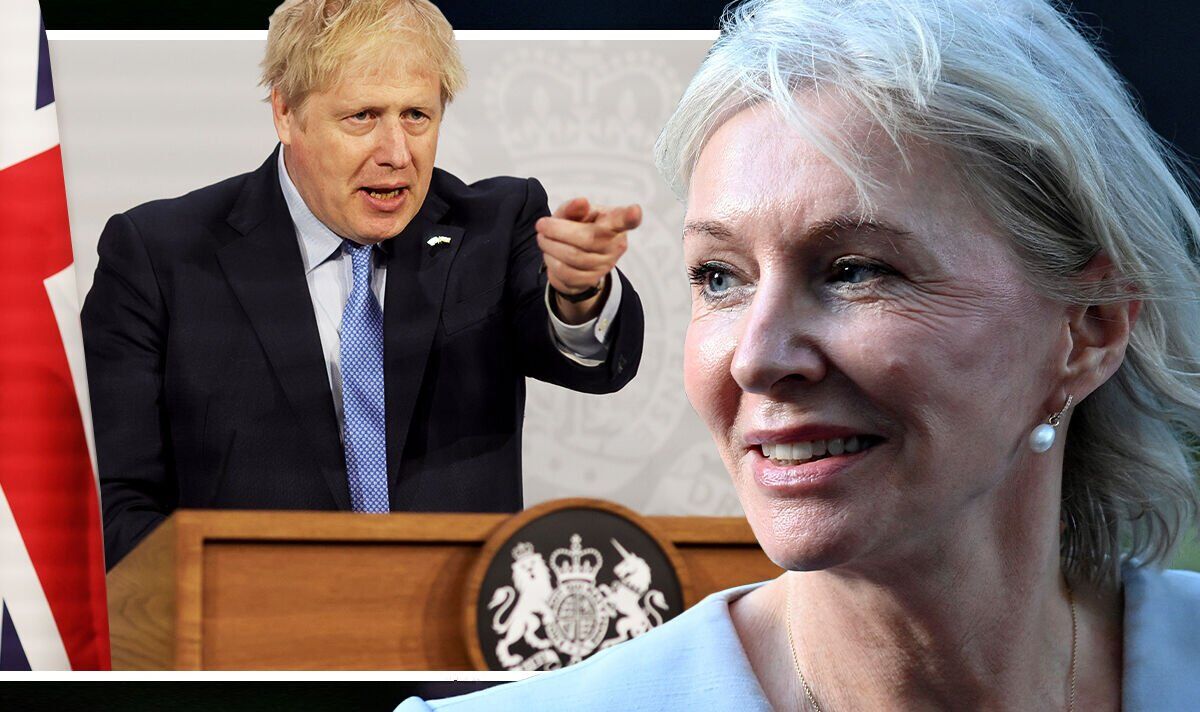 Ms Dorries described the removal of Mr Johnson as Conservative leader as “treacherous” and “absolutely wrong” but said only Ms Truss could unite the party and defeat Labour’s Sir Keir Starmer. She had a simple message for supporters of the Prime Minister: “I feel their pain and I share their anger.

But she urged voters who delivered Mr Johnson a landslide party to stick with the party.

She said: “Obviously, I am very angry about what happened to Boris Johnson. We have to look to the future because the danger is a Labour Government.”

Adamant that Labour does not have a plan for the biggest challenges facing Britain, she said: “Labour really would be bad for your family. My message is: Think about the things you care about, and think about what Boris achieved.”

A defiant Ms Dorries said: “I’ll take no lectures from Tory MPs about blue on blue attacks. Those MPs and ministers who removed our most electorally successful PM in a decade, the one who gave us an 80 seat majority, need to look in the mirror; they are the ones guilty of the worst act of blue on blue, not me.”

Urging fellow supporters of the present Prime Minister to swing behind the Foreign Secretary, she said: “[Boris] is now gone. We don’t want him to be, but he is.

“He has been brutally removed and it’s been treacherous what has happened, but we must unite behind Liz.”

The Mid Bedfordshire MP still believes that the “leadership election should not be taking place” but argues that the “only one thing that is more important than our anger” is “keeping Starmer out of power”.

She is confident that Mr Johnson will not abandon politics when he leaves No 10 next month.

“Boris absolutely will say in politics,” she said. “You won’t get rid of Boris.”

And she insists he has no interest in making a post-prime ministerial fortune outside Downing St.

“I have never met anybody in my entire life less interested in his own personal wealth or earning money,” she said. “He is completely disinterested.

“Honestly, you just can’t get him to have a flicker of interest. As long as his food arrives on the table and he’s got something to wear, that’s all he asks from life.

“He could go off now and earn £10million to £20million a year in a heartbeat, but those of us who are close to him and know him, we know he won’t. The only thing that gets him up in the morning and drives him is making the country a better place.”

Ms Dorries argues that the same qualities which won over voters in 2019 were exploited by his foes.

“But the kindness, the loyalty and the optimism, I think, are what everybody recognised in him and the reason why he won that 80-seat majority.

“But I think they are also the qualities which people felt were easy to get him on and attack him on. They used his kindness and his loyalty and his optimism to attack him, which is quite sad.”

She fears that the upcoming investigation by the Commons’ privileges committee – which is chaired by former Labour deputy leader Harriet Harman – into whether Mr Johnson misled the MPs in his comments about Covid-era rule-breaking will become an “absolute witch hunt” and a “kangaroo court”.

“I actually don’t know how Boris is going to deal with that,” she said.

Ms Dorries became Culture Secretary in September last year and counts securing a two year freeze in the television licence fee in a bid to help with living costs among her proudest achievements.

“It was a difficult thing to do,” she said. “You’ve got the forces of the establishment against you and people questioning whether or not I was damaging the BBC…