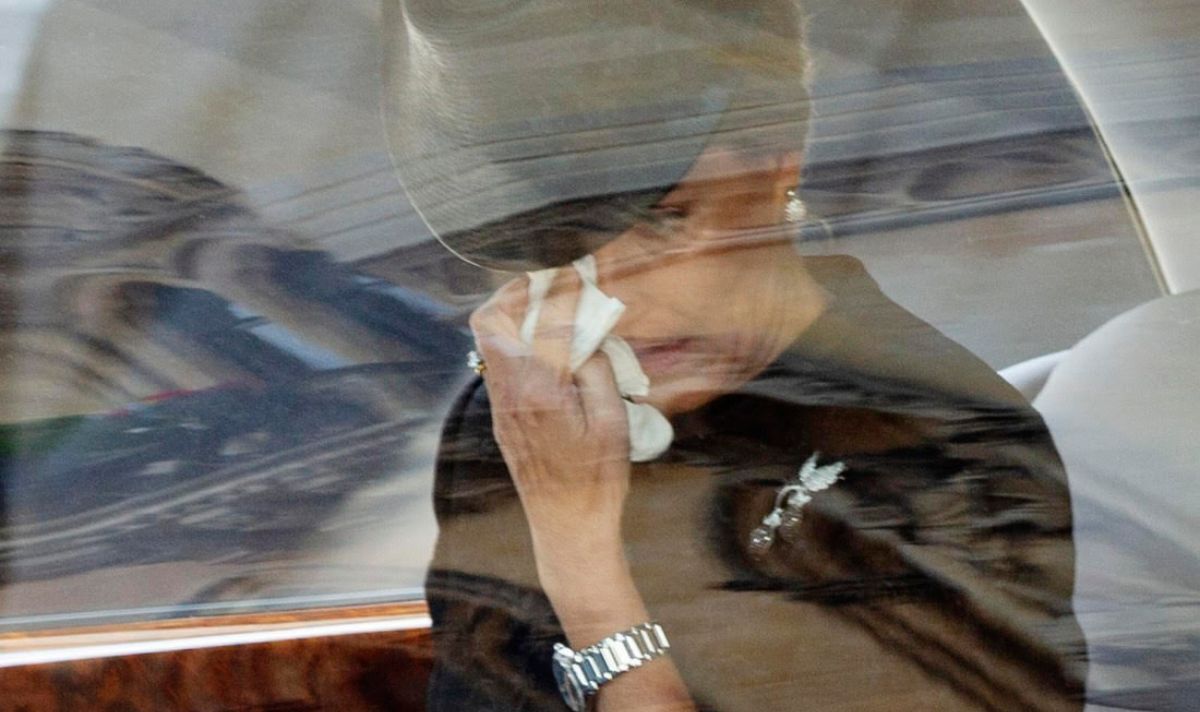 Sophie appeared to put on a brave face as she was driven to Westminster Abbey for the final goodbye to Queen Elizabeth II. The Countess of Wessex, known to have grown very close to the late sovereign over the past two decades, donned a black outfit for the poignant event. The funeral began a few minutes after the bearer party lifted the Queen’s coffin from the catafalque in Westminster Hall, where it has been since Wednesday, and carried it to Westminster Abbey, followed by King Charles, Prince William and other royals as well as members of the King and Prince of Wales’s households. Sophie, who has been seen in public supporting her husband Prince Edward on a number of occasions over the past few days, had often been described as one of the Queen’s favourite members of the family.

The affection was surely matched by the Countess, who was mentioned by the late Queen’s younger son, Prince Edward, in a long and emotional statement issued on Friday.

Speaking of how he enjoyed seeing his children – Lady Louise Windsor and James, Viscount Severn, follow in the Queen and Prince Philip’s footsteps when it comes to their passions and hobbies, Edward said: “The Queen’s passing has left an unimaginable void in all our lives.

“Sophie and I have taken huge pleasure in seeing our James and Louise enjoying the places and activities that their grandparents loved so much.

“Given that my mama let us spend so much time with her, I think she also rather enjoyed watching those passions blossom.

“Those times together, those happy memories, have now become massively precious to each and every one of us.”

On the same day, Sophie and Edward stepped out together to view tributes to the late Queen at Windsor.

On Thursday, they travelled to Manchester to lit candles at Manchester Cathedral in honour of the late monarch, see the book of condolence at the city’s Central Library and greet well-wishers gathered at St Ann’s Square.