Skip to content
HomeNewsSoldiering on: Picture emerges of guard who faceplanted after fainting at Queen’s funeral 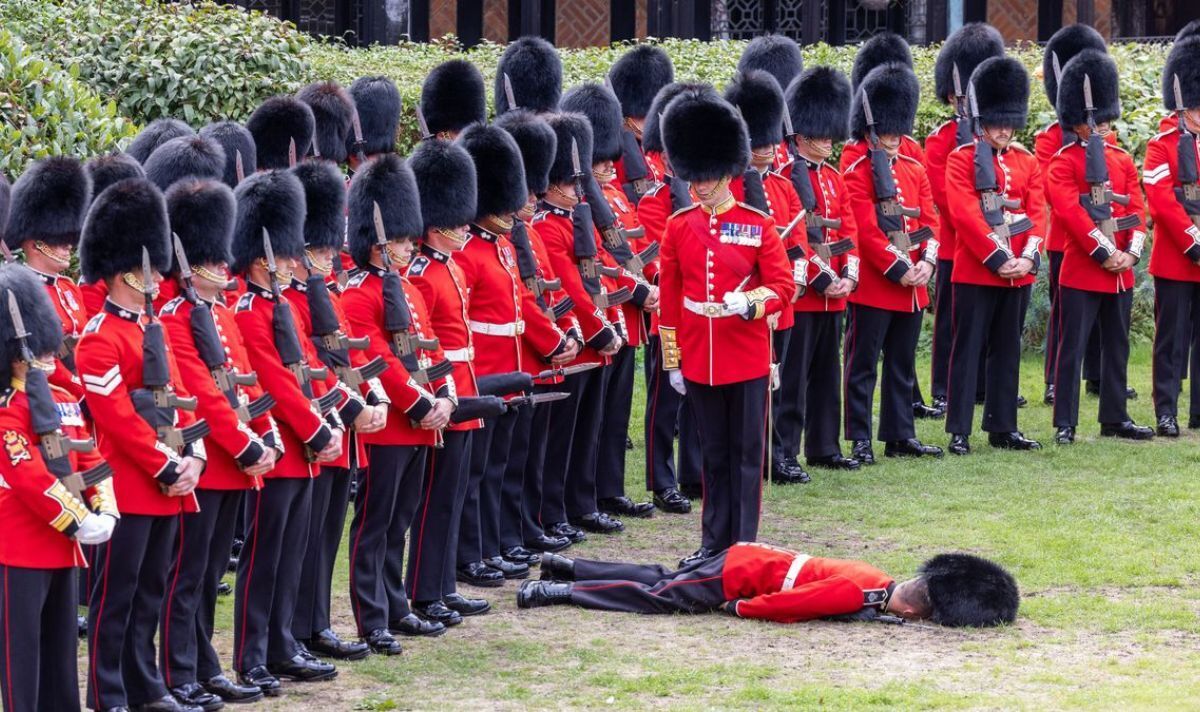 A Queen‘s guard fell face first after fainting following the Queen’s state funeral yesterday. The incident occurred just after Her Majesty’s coffin was left Westminster Abbey, where the funeral was held, to St George’s Chapel in Windsor, before being laid to rest. The guard was seen lying face first as his fellow colleagues maintained their positions.

The late monarch was marched by gun carriage to Wellington Arch at Hyde Park following the emotional service in Westminster, attended by 2,000 guests.

From here, the coffin was transferred and moved to the hearse before departing from London for the final time and heading up the Long Walk where thousands of mourners had gathered to pay their respects.

The Queen then made was united in her final resting place with late husband Prince Philip at Windsor Castle’s St George’s Chapel in a private burial ceremony on Monday evening.

But for some, the day appeared too much as a number of workers fainted following the proceedings.

There were audible gasps from members of the public as the guard collapsed and fell to the ground.

As night time temperatures dropped as low as 4C, the London Ambulance Service was kept busy providing medical help to those lining up or visiting the area to pay their respects.