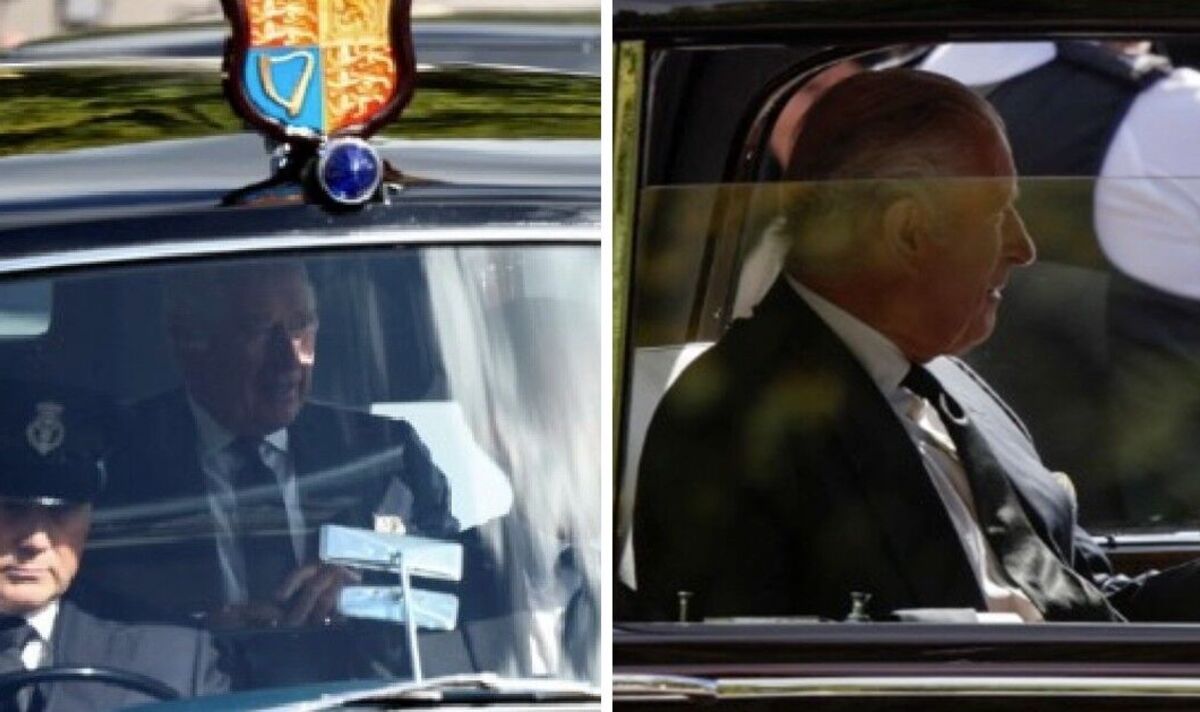 The King met the Prime Ministers of the 15 realms at Buckingham Palace today. Charles‘s busy day started with an audience with British Prime Minister Liz Truss.

Dressed in black in accordance with the mourning period, the newly-appointed Prime Minister curtsied to the new King as she entered the 1844 Room at the sovereign’s official residence in London.

This audience was quickly followed by a meeting with the Prime Ministers of the other 14 realms who recognise King Charles III as their head of state.

Among the leaders of the 14 overseas Realms are Canada’s Justin Trudeau and New Zealand’s Jacinda Ardern.

Over the past hours, both these leaders were spotted attending the late Queen’s lying in state at Westminster Hall, and are expected to attend tomorrow’s funeral.

Another Prime Minister of the Realms to be present at the funeral will be Australia’s Anthony Albanese.

Speaking to Sky News Australia, the politician recently paid tribute to the late monarch, saying hers had been a “remarkable life”.

He continued: “A life lived in the service of others, served in the interests of the people of the UK, but also the Commonwealth and the world.

“The Queen was Australia’s first monarch to visit. She visited Australia some 16 times.

“She had a great affection for Australians.

“She was someone who had that affection and Australians had an affection back to Her Majesty.”

The new sovereign will only have a few hours of respite after these key audiences.

At 6pm, King Charles will be meeting once again important guests at Buckingham Palace.

This time accompanied by Queen Camilla and other leading members of the Firm, Charles will host a reception for heads of state and official overseas guests who have travelled to the UK for the funeral of his mother.

Among them, will be French President Emmanuel Macron and his wife Brigitte.

The presidential couple is to gift the new King a book of pictures celebrating the Queen’s visits to France, French officials said on Sunday.

Following the death of the Queen, who last visited France in 2014, Mr Macron issued a tribute last week saying: “From her coronation on, she knew and spoke with all of our presidents. No other country had the privilege of welcoming her as many times as we did.”

Two hours later, the monarch will surely join the country in a poignant minute of silence.

People up and down the UK have been invited to mark the occasion privately at home, on their doorstep or street, or at community events and vigils.

This heartwarming tribute will come shortly after the BBC will aid a pre-recorded televised tribute by Queen Camilla.

Speaking with huge affection for her late mother-in-law, Charles’s wife said: “I will always remember her smile.”

She also acknowledged the late Queen has been the only monarch known until these past few days by so many people in Britain.

She said: “I can’t remember anyone except the Queen being there.”

More tributes are to be held for the late sovereign ahead of her funeral tomorrow.

Near Falkirk, Scotland, will be held at 7.30pm a service of reflection, during which 96 lanterns, one for each year of the late monarch’s life, will be lowered into the pool of reflection at the foot of the Queen Elizabeth II Canal.

After this, wreaths will be placed into the water.

Overnight, people will continue to queue in London to see the Queen’s lying in state, with doors at the Hall to be closed to the public at 6.30am tomorrow.

However, the admittance to the queue will be closed within hours to make sure everybody who has joined it will be able to pay their tribute to the Queen.