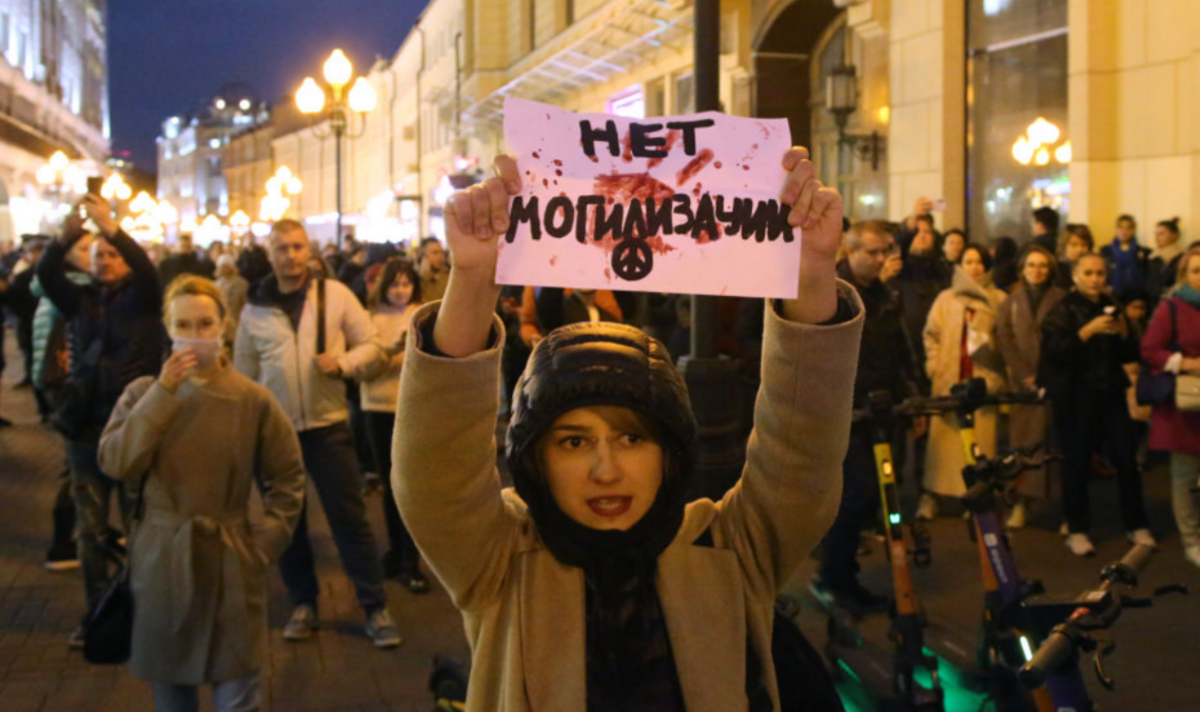 Dramatic scenes of Russian civilians fleeing their country in order to go against Russian dictator Putin’s latest demands have been circulating the social media. Traffic jams can be seen for miles ahead at the Russian-Georgian border as citizens flee to avoid Putin’s demand for 300,000 reservists to join the war in Ukraine. Flight prices in Russia have tripled overnight as Russian citizens try to escape Putin’s demands by any means possible. Putin has been upping the ante this week as he announced his new demands yesterday in a speech addressed to the West and Russia. He has also threatened NATO countries with nuclear warfare.

Journalist John Scott-Railton shared the footage on Twitter. He said: “Russians don’t want to die for Putin. And they are voting with their feet. Here’s traffic at the Russia-Georgia border tonight.”

Heaps of cars packed full of ordinary Russian civilians and families with children can be seen trying to escape.

Russian civilians are going against Putin’s latest orders as he has announced that he will be mobilising 300,000 more troops to join the frontline of battle in Ukraine.

For those who cannot afford flight tickets out of Russia, the only way to travel has been by car.

JUST IN: Biden ‘amazed and overwhelmed’ by Britons’ affection for the Queen at state funeral

Users on Twitter have been reacting to the video clip.

@JulesCranfield wrote: “We shouldn’t misjudge all Russians because their leaders have lost the plot. Imagine if you’re government did the same. Would it be right for you to be labelled with their mentality if you wanted to get away because you disagreed with their madness?”

@Andorian465 wrote: “Pathetic. Nobody wants them, especially Georgian people who have suffered a lot because of Russia.”

@GoHappyAlways wrote: “Things are going to get worse. Much worse. And they know it.”

READMORE: Pub landlady vows to never take card because ‘you can’t get scammed’ with cash

There has been much speculation as to whether fighting-aged men may not be able to leave Russia as Putin will want them to join the war in Ukraine.

Some Russians have been trying to enter other countries near to Russia like Georgia.

Latvian Foreign Minister Edgars Rinkevics ]has declared that his country will not be taking in fleeing Russians.

He wrote on Twitter: “Due to security reasons, Latvia will not issue humanitarian or other types of visas to those Russian citizens who avoid mobilisation, nor will it change the border crossing restrictions for Russian citizens with Schengen visas.”