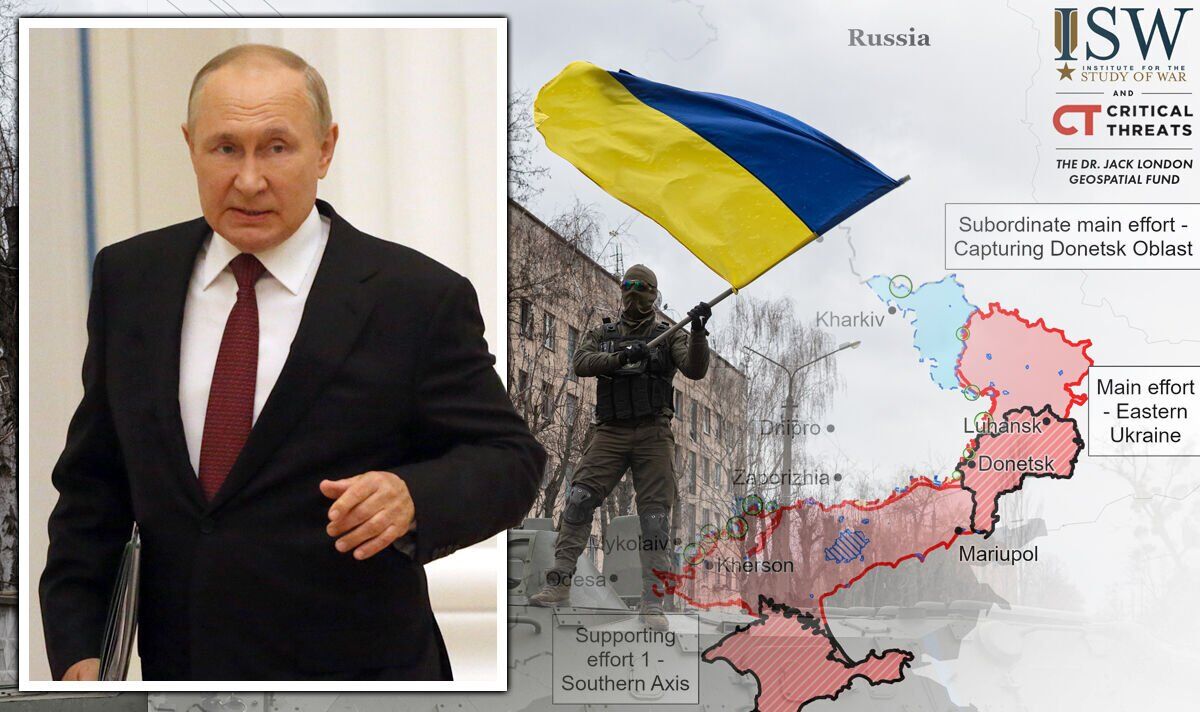 Meanwhile, the US Defense Department believes that at least 80,000 Russian troops have been killed or wounded since the Kremlin’s invasion of Ukraine began on February 24 2022.

The retaking of Ukrainian land by Volodymyr Zelensky’s forces has occurred in both the south and the east.

Izyum and Kupiansk, towns in the Kharkiv region of Ukraine, were taken by Ukraine around a week ago.

Both towns are key hubs for the supply of Russian forces in Donbas.

The head of Ukraine’s armed forces estimated last month that the country has lost as many as 9,000 soldiers since the start of the war.

Yesterday, Russia’s State Duma rushed through a bill introducing extra penalties for crimes such as desertion during times of martial law and general mobilisation.

This has caused speculation that the Kremlin may be considering implementing full military mobilisation.

Dmitry Medvedev, the deputy head of Russia’s security council said that holding votes in Donetsk and Luhansk would correct “historical justice” and be irreversible.

He added: “After the amendments to the constitution of our state, no future leader of Russia, no official will be able to reverse these decisions.”