Skip to content
HomeNewsRussia arrests over 1,300 as protests erupt over Putin’s mobilisation announcement 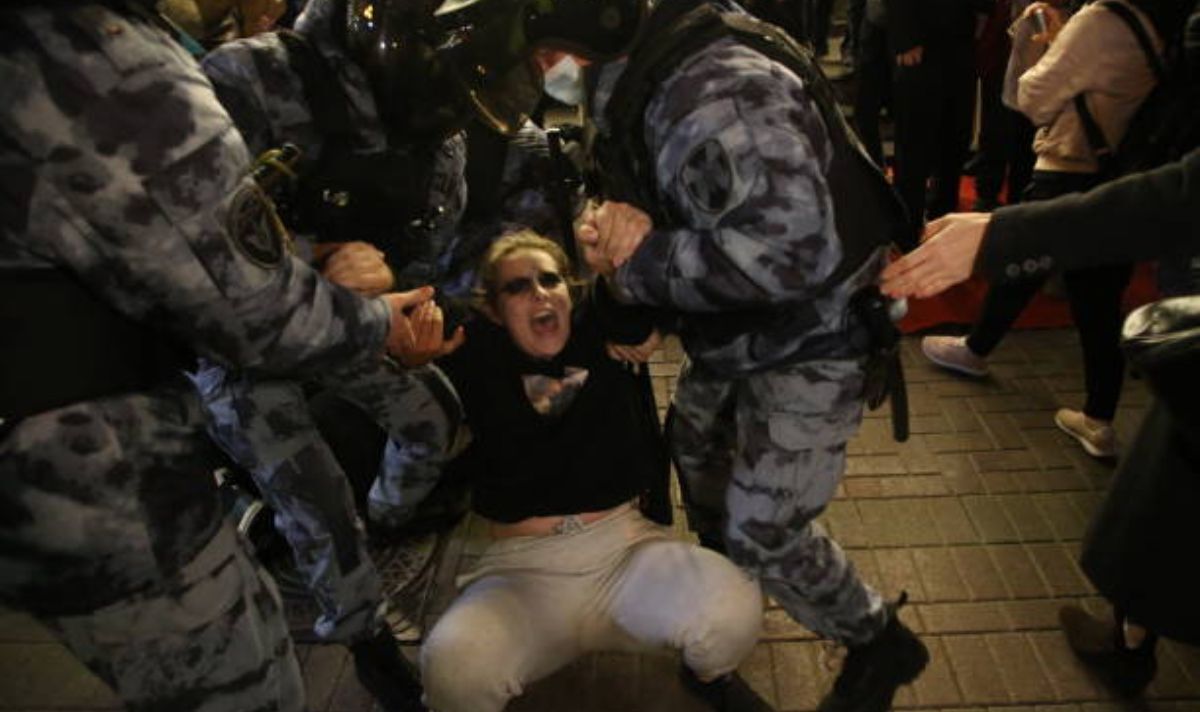 More than 1,300 protesters have been detained in Russia after Putin’s mobilisation order sparked uproar in the country.

The Kremlin’s announcement that 300,000 reserves would be called up to fight in Ukraine saw crowds of demonstrators take to the streets of Moscow.

Many were pinned to the ground or dragged away by police as they shouted “No to war!” in the streets.

At least 300 people in Moscow were among more than 1,371 detained across 38 cities nationwide on Wednesday night, reported Sky News.

Correspondent Diana Magnay said the demonstrators were dealt with “brutally” by the government’s forces and praised them as “extraordinarily brave” for expressing their views in a police state.

She said: “We haven’t seen protests in cities for the last five or six months, people have been so scared of the fact that they will be detained, and that is clearly what is happening.”

Anti-government protestors can be sent to prison under the Kremlin’s strict and oppressive regime.

Military censorship also prevents anyone from referring to the invasion of Ukraine as anything other than a ‘special military operation’.

There were many anti-war protests at the start of the conflict but now many are too frightened to speak out.

In the pre-recorded clip he stressed that the mobilisation order was only partial, saying: “Only those who are in reserve will be conscripted.”

However, he also warned he was “not bluffing” about the threat of deploying nuclear weapons.

This announcement came just weeks after a huge counteroffensive by Ukrainian forces succeeded in pushing Russia out of a number of towns in the Kharkiv region.