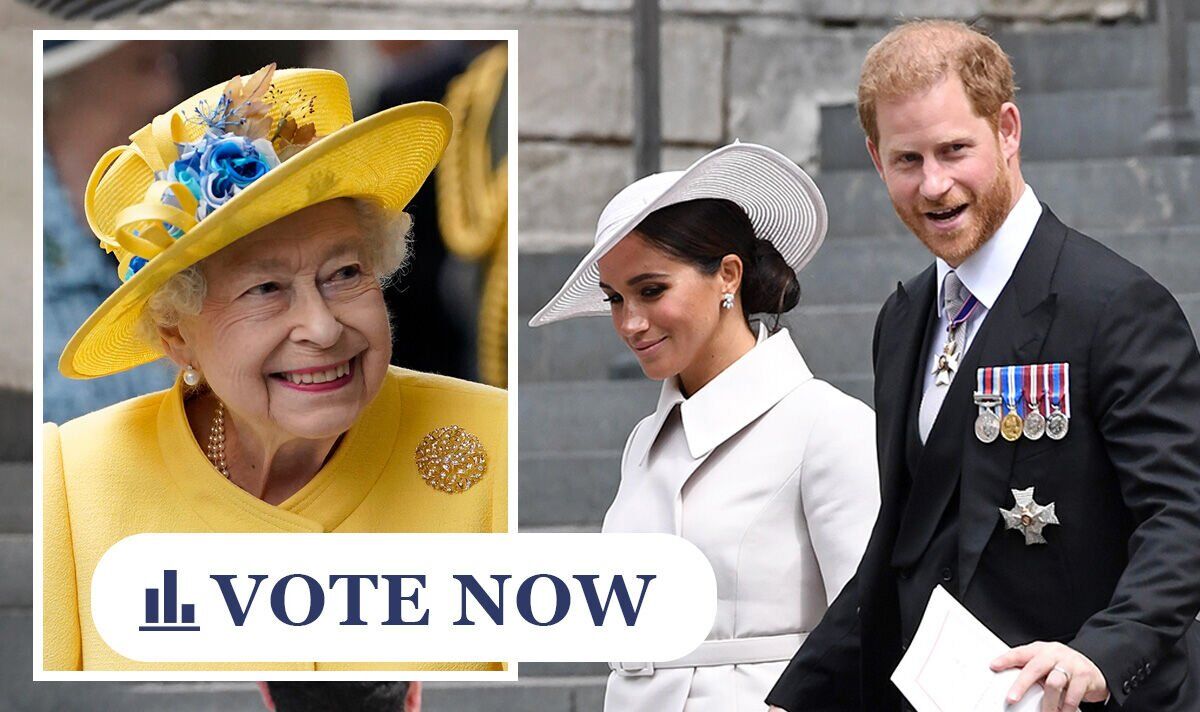 Earlier this week Harry and Meghan announced plans to return to Europe to attend multiple charity events at the start of September. A spokesperson for the couple said: “Prince Harry and Meghan, the Duke and Duchess of Sussex, are delighted to visit with several charities close to their hearts in early September.”

Harry and Meghan would reportedly like to visit the Queen on their trip.

READ MORE: Meghan Markle and Prince Harry would ‘in no way’ want to upset Queen

Royal expert Pauline MacLaran told Express.co.uk on Monday, August 15: “I think the announcement of their intended visits to the UK and Germany will certainly make for much speculation as to how much they will interact with other members of the Royal Family while they are here.

“I think there’s little hint of rapprochement at this stage,” adding that the couple is “likely to want to visit the Queen” for two reasons.

She explained this will be “not only because she’s Harry’s grandmother and has maintained affectionate ties with him, but also to assert themselves in this respect”.

The Daily Mirror’s royal editor Russell Myers has also suggested that Harry and Meghan will hopefully have time “to visit the Queen” on their trip.

Speaking on Australia’s Today programme, Mr Myers said: “Hopefully the Queen is going to be down in Windsor, not too far from them, to welcome in the new Prime Minister around that time.

“There’s quite a lot up ‘in the air’ with their schedules.”

A royal source told People on Tuesday, August 16: “There are a lot of moving parts in the diary for the Queen that week.”

Alternatively, Harry and Meghan could travel to the UK sooner to see Her Majesty in Scotland ahead of their planned engagements.

The couple is due to be in Manchester for the One Young World Summit on September 5.

They will then travel to Germany for the Invictus Games’ One Year to Go event on September 6, before returning to the UK for the Well Child Awards on September 8.

Harry and Meghan last visited the UK in June for the Queen’s Platinum Jubilee celebrations with their two children Archie, three, and Lilibet, one.

During their stay, the couple made just one public appearance at the service of thanksgiving held at St Paul’s Cathedral.

It is not known if their children will be accompanying them on their upcoming trip.

So what do YOU think? Should Harry and Meghan see the Royal Family on their trip to the UK? Vote in our poll and leave your thoughts in the comment section below.