Skip to content
HomeNews‘Road was open!’ Police tackle rollerblader to ground as he speeds towards Charles’s car 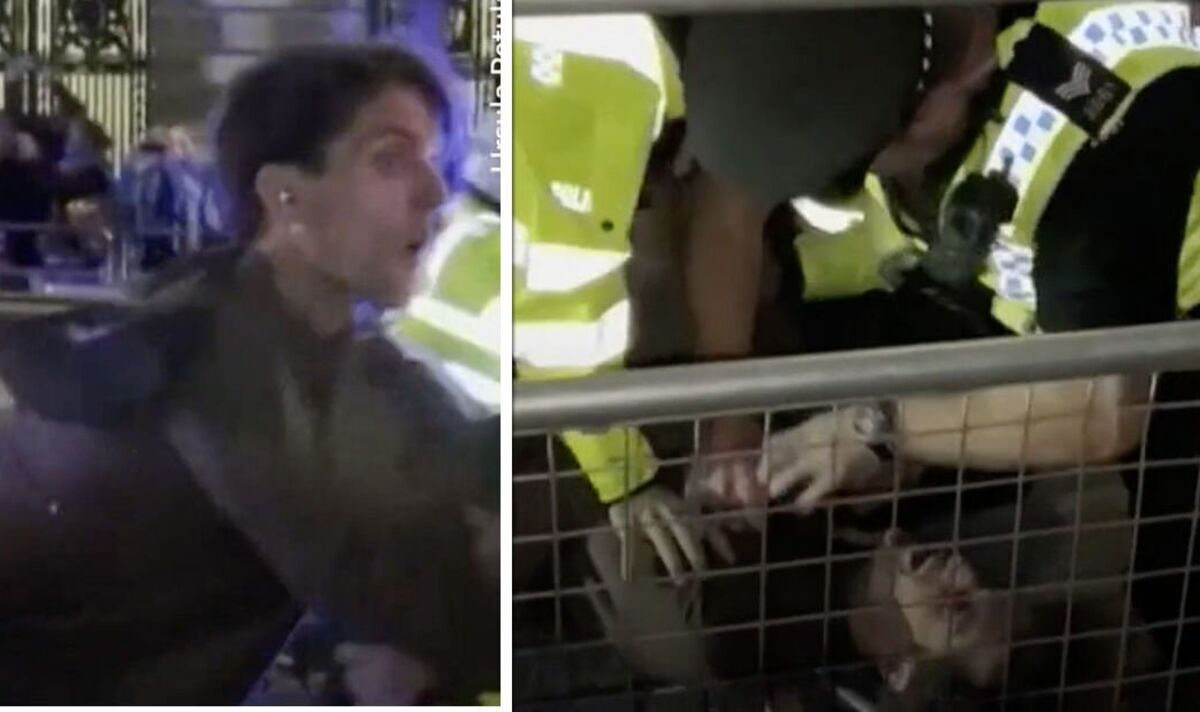 King Charles III was in a car in London when a rollerblader approached the black vehicle he was in. The man on rollerblades was on a collision course with the King’s car as he was racing down the road towards the black cab. But upon noticing the rollerblader on the dangerous path with the car, a police officer grabbed him and pushed him down to the floor.

BBC footage shows the officer grabbing the rollerblader by the arm and tackling him to the ground. The unnamed man is seen losing balance in his attempt to keep rolling down the road. Though he tried to fight back against the officer, he eventually collapsed as the agent pushed him away from the road.

The rollerblader tried to get away from the police by kicking and screaming.

But the weight of three officers over him left the man powerless and unable to move.

The rollerblader can be heard protesting: “What’s the point?”