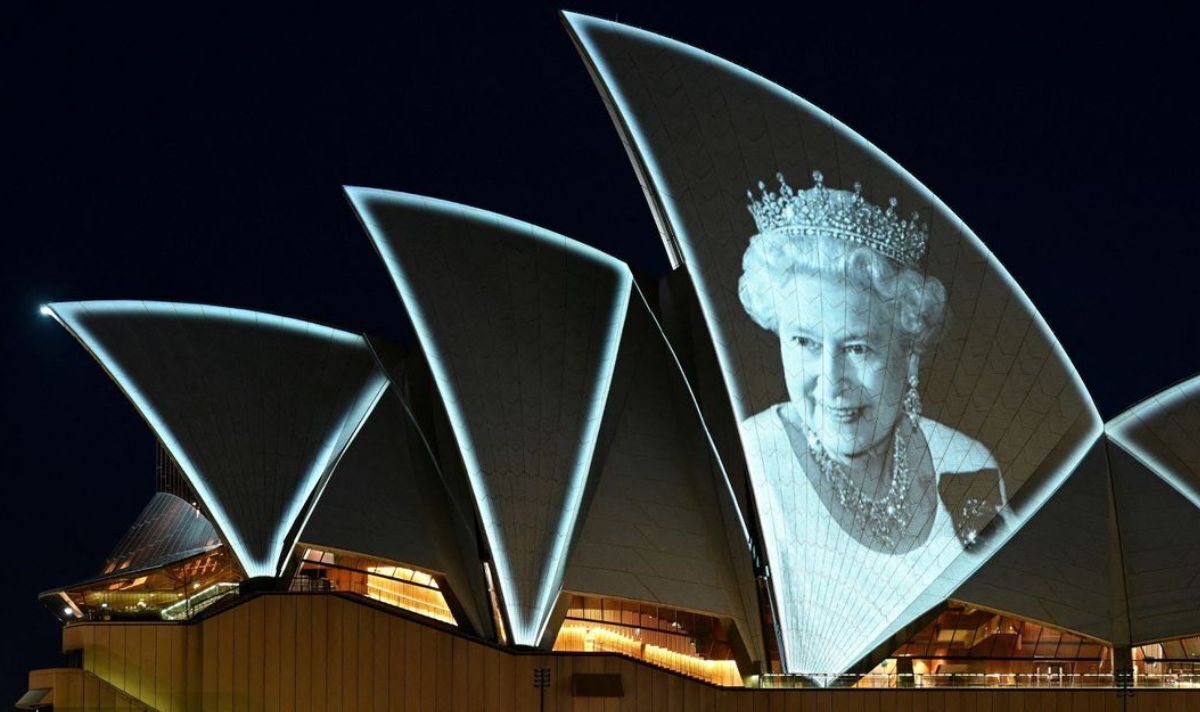 Schools, libraries and banks were closed in Australia as the country declared a public holiday and a national day of mourning. Queen Elizabeth toured Australia 16 times over her 70 years on the throne, as Prime Minister Albanese described the late monarch as having “deep affection” for Australians in his memorial speech.

The 1954 painting of Queen Elizabeth by Sir William Dargie, one of Australia’s most famous portraits, was the centrepiece of the memorial service and was surrounded by golden wattle, sweet peas and dahlias.

The ceremony was opened by a First Nations Elder, Ngunnawal Elder Aunty Violet Sheridan, who remembered the late monarch as a mother and grandmother.

She said: “Queen Elizabeth was a loving mother, grandmother, great-grandmother. She served a life, she lived a life of service and was Queen for 70 years.”

At 11am the Australian Prime Minister, Anthony Albanese, asked the public to observe a minute’s silence as a mark of respect for Queen Elizabeth.

He said: “As we pay tribute to her majesty, I encourage all Australians to reflect on her remarkable life of dedication and service with one minute’s silence at 11am.

“Her Majesty had a deep affection with Australia and Australians have remembered her fondly since her passing.

“The Queen lived her life with an air of dignity and grace that will be remembered for centuries to come.”

READ MORE: Prince Harry backed in the US despite criticism in UK – ‘Man of heart’

In a speech during the memorial ceremony, Prime Minister Albanese said Australia had undergone a transformation since Queen Elizabeth’s first tour of the country, in which she and her husband Prince Philip toured Australia for eight weeks.

He said, “That Australia, of 1954, where seven million people – 70 percent of the population – turned out to welcome the first sovereign to visit these shores was, in virtually every respect, a different nation in a different world”.

He added: “Perhaps the greatest tribute we can offer her family and her memory is not a marble statue or a metal plaque. It is a renewed embrace of service to community,

“A truer understanding of our duty to others,  A stronger commitment to respect for all. This would be a most fitting memorial, to a magnificent life of service to others.

He finished the speech by saying: ”May Her Majesty Queen Elizabeth II rest in eternal peace.”

The memorial service was held before protests against the monarchy took place in the afternoon.

The protests were organised by indigenous groups in three cities across the country to protest against Britain’s colonisation of First Nations people.

It was reported that protesters burned Australian flags and also chanted to “abolish the monarchy”.

The Warriors of the Aboriginal Resistance (WAR) and The Fighting in Solidarity Towards Treaties group (FISTT) held rallies in Melbourne, Sydney and Brisbane.

FISTT spokesperson, Lynda-June Coe, said: “It’s become very blatantly clear that since the death of Queen Elizabeth that Indigenous responses and experiences to colonisation and dispossession have been largely erased.

“Resistance in this country has never ended, neither has the war against our people.”