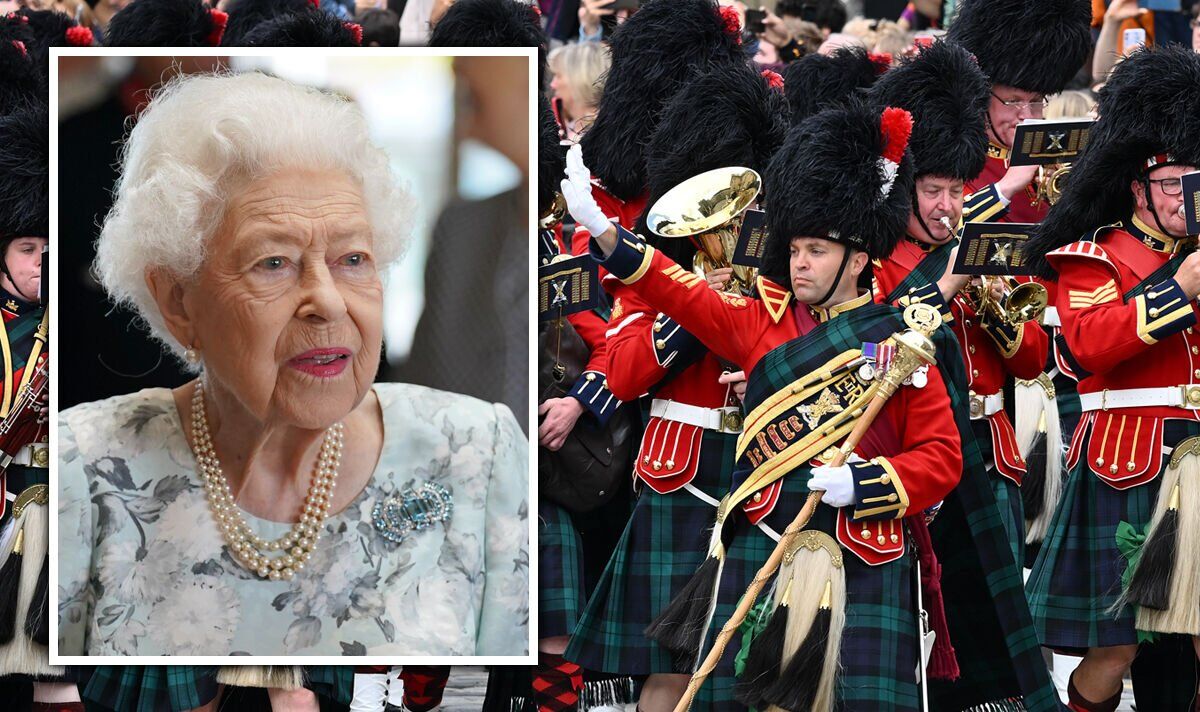 Villagers in Ballater, Aberdeenshire, have been woken up at the crack of dawn by bagpipers at the local Army barracks for more than 50 years. Now, after several “polite” noise complaints from residents, a senior officer from the Royal Regiment of Scotland has now put an end to the tradition.

Troops in the Royal Regiment of Scotland will now play one hour later at 7am.

Soldiers from the regiment’s Balaklava Company 5th Battalion, who guard the Queen at Balmoral during the summer, will also no longer play at weekends.

In a message to the Ballater & Crathie Community Group on Facebook, Major Robert Weir, the battalion’s commanding officer, said it had become “apparent not everyone enjoys getting up at 6am to Johnny Cope”.

While asking if people could stop swearing at the soldiers, Major Weir wrote: “I’ll move morning pipe call to 0700hrs weekdays and there will be no pipe calls at weekends.

“I hope this gesture demonstrates my desire to integrate with the local community at the expense of my own orders.”

It comes ahead of Balmoral closing its doors to the public on Tuesday, as the Queen, who is staying at Craigowan Lodge, moved into the castle on Monday.

The Queen’s own piper, Pipe Major Paul Burns of the Royal Regiment of Scotland, is responsible for playing the bagpipes at 9am every morning.

Whenever the Queen is in residence, the piper strikes up for 15 minutes outside Her Majesty’s apartments including those at Buckingham Palace, Windsor, the Palace of Holyroodhouse and Balmoral Castle.

The Queen made major upgrades to Balmoral in the form of a £20,000 wheelchair lift.

It is said to have been installed in Craigowan Lodge – a seven-bedroom stone house that is used regularly by friends and family of the Royal Family while visiting.

Her Majesty also increased security around the lodge and planned to install a new security gate, a state-of-the-art intercom system, and a string of new CCTV cameras.