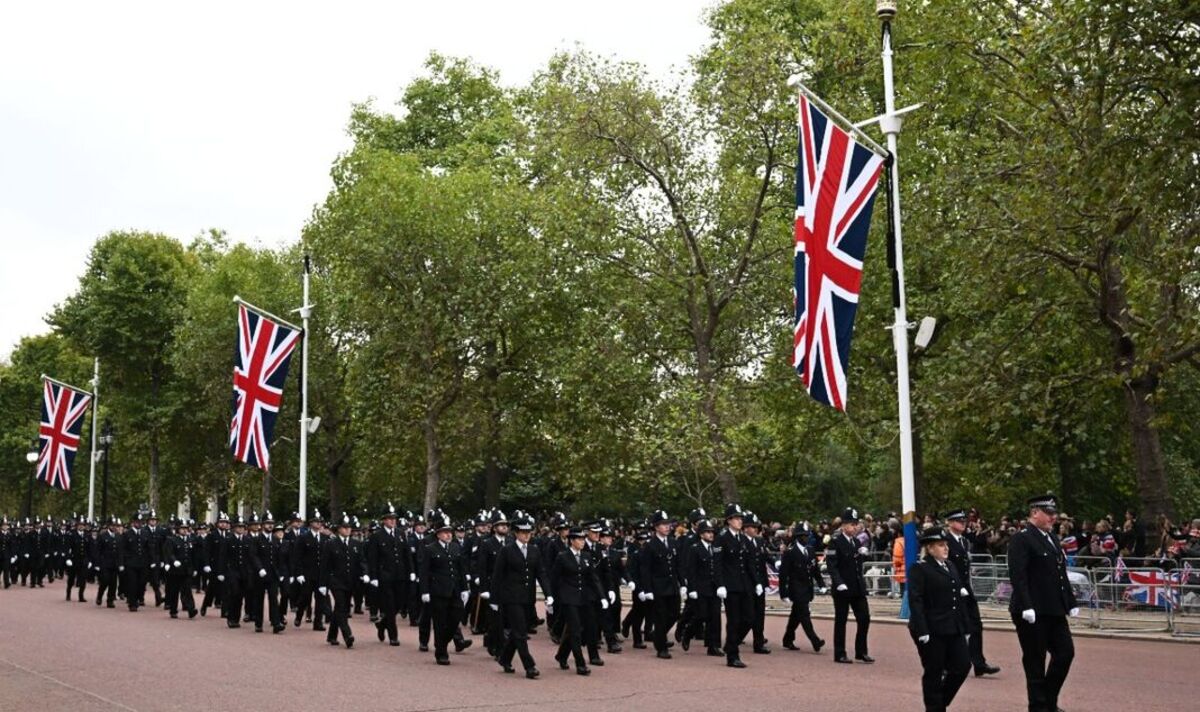 10,000 police officers from across the country have been deployed for Queen Elizabeth II’s funeral today, as hundreds of thousands of people arrive at London and Windsor today. Police chiefs have noted that the MET is prepared to face and thwart any threats or potential disruptions to the historic proceedings, in what is the largest police operation to ever take place in this country.

This massive on-duty force is necessary as hundreds of thousands of people are expected to line the funeral route between central London and Windsor, Berkshire, where the late monarch will be buried.

According to Metropolitan police deputy assistant commissioner Stuart Cundy, plans have been made to thwart or deal with any attempted attack or disruption.

Over 300 foreign dignitaries are expected to arrive to pay their respects to the late Queen, triggering the biggest personal protection operation undertaken by the Met.

Mr Cundy noted that the “scale and complexity” of the operation was immense, as thousands of officers from across the UK arrive to support the MET.

For the Queen’s funeral today, the MET and Thames Valley force are making the largest deployment ever on a single day, ensuring everything goes smoothly during this period of national mourning.

Mr Cundy noted that plans for such a massive event are constantly changing and evolving, and the incident on Friday morning, where two police officers were stabbed, would be taken into account.

He said: “So whilst the stabbing of the two officers in central London we do not believe to be either terror related or related to events surrounding the death of Her Majesty the Queen, we will be reflecting on that, we will be looking at our policing plans.”

“It brings into sharp focus the need for all officers who are on duty, the members of the public … to keep that vigilance..”

He added that plans were in police to respond to any scenario, including an attack on the funeral, and what to do if the crowds of mourners spilled over, resulting in a dangerous crush.

He said: “Our contingency planning considers a while range of different scenarios, which includes everything from terrorist attacks, to criminal activity to crowd surges, crushing …”

He also added that officers deployed had been reminded that those protesting in London had the right to do so, saying:  “We have ensured that all of our officers … all those colleagues that are deployed here in London, understand that people have a right to protest.

“Our response will be proportionate, it will be balanced, and our officers will only be taking action where it is absolutely necessary.”