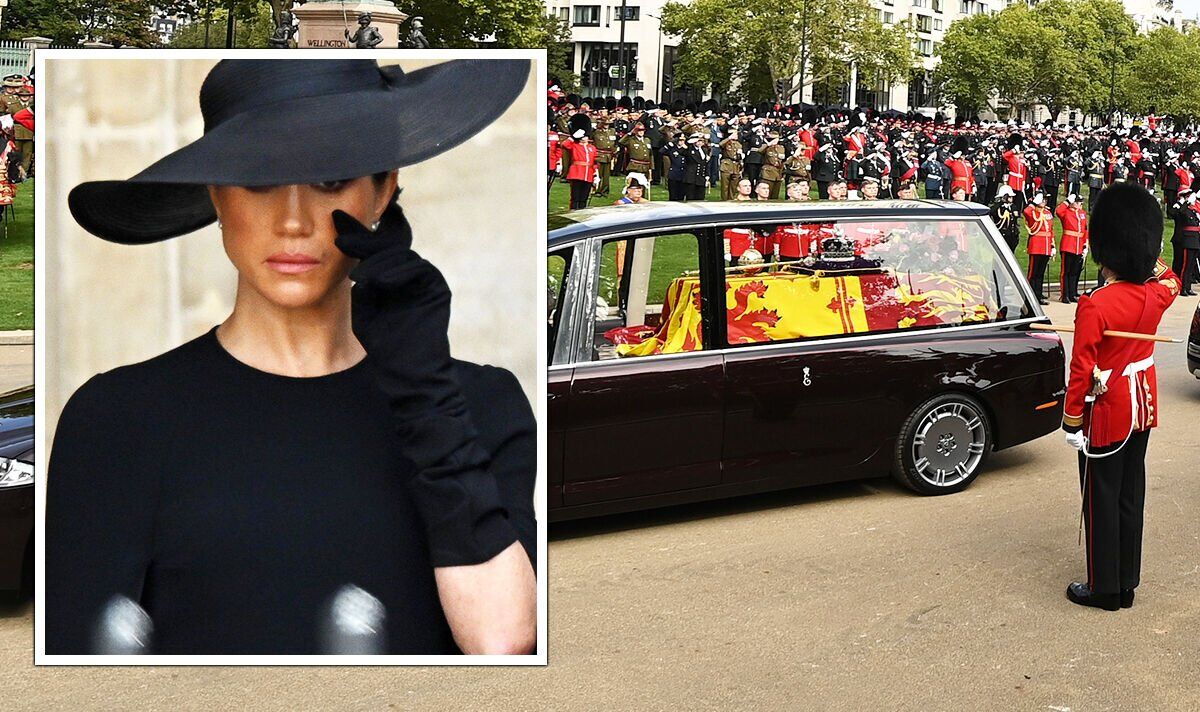 Sonya, 56, and Diane, 58, from Nottinghamshire both work in schools.

The pair happened to be coming to London anyway but decided to stay longer for the Queen’s funeral today.

Diane added: “She was just such a figurehead. As a woman she was always someone you’d respect, and she always showed duty to her country.

“We’ve both got grandchildren – mine is two and a half, and she’s not going to know the Queen. It feels weird – we’ve known her, our children have known her, but she never will.

“We just wanted to come and be part of the day in whatever little way we could.”

Asked what people should know and remember about the Queen, Sonya replied: “Her sense of humour, and her devotion to her family.