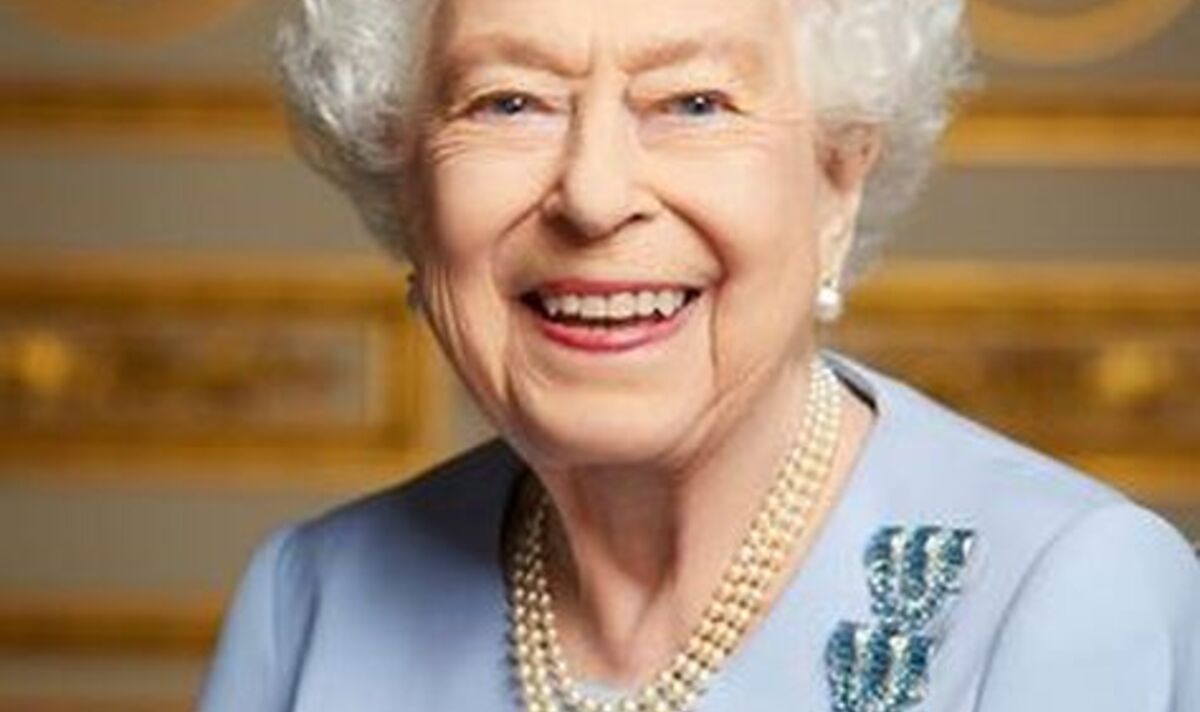 A previously unseen image of Her Majesty released on Sunday on the eve of her state funeral shows her wearing brooches, a birthday gift from her father.

In the image the Queen is beaming at the camera wearing a smoky blue dress matched with her favourite three-strand pearl necklace and earrings.

Attached to her outfit is a aquamarine along with diamond clip brooches.

According to those who knew the young Princess Elizabeth the King was her idol, with many describing her as a daddy’s girl.

The Queen’s close relationship with her father shaped her extraordinary 70 year reign as she once explained.

She said: “I shall always work, as my father did throughout his reign, to advance the happiness and prosperity of my peoples.”

Therefore it was no surprise when she wore the brooches when giving live addresses or posing for pictures.

The image released last night was taken at the time of the Platinum Jubilee celebrations at her beloved Windsor Castle home.

Her Majesty also wore the jewellery during her Diamond Jubilee televised speech in 2012 and when she addressed the nation to work the 75th anniversary of D-Day in 2020.

Giving her speech in 2020 she sat next to a picture of her father in his Admiral of the Fleet uniform with RAF Wings.

“Whether it be the men and women called up to serve; families separated from each other; or people asked to take up new roles and skills to support the war effort, all had a part to play.

“At the start, the outlook seemed bleak, the end distant, the outcome uncertain.”

Behind her on a seperate table a photograph could be seen of the then Princess Elizabeth with her father and sister Margaret with Prime Minister Winston Churchill on the balcony of Buckingham Palace on VE Day, Tuesday May 8, 1945.

King George VI died in his sleep on February 6 1952 at Sandringham in Norfolk while Her Majesty was in Kenya with Prince Phillip.