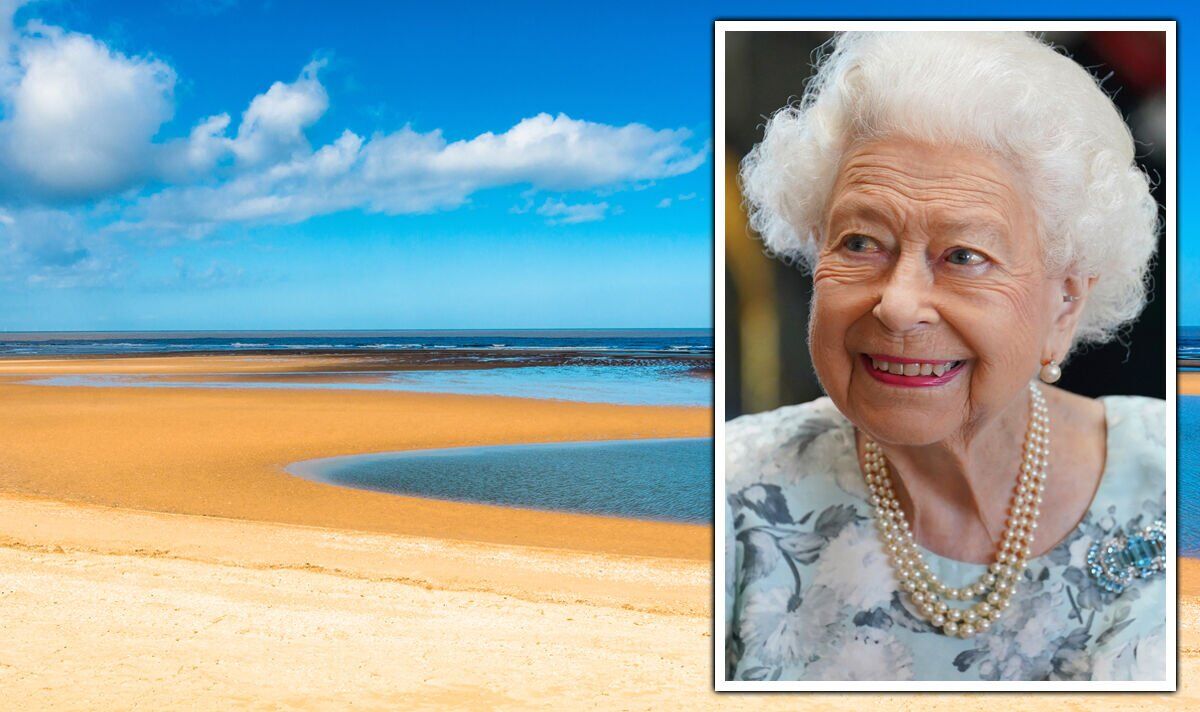 Her Majesty is said to enjoy walking her dogs at her favourite seaside spot, Holkham Beach. The discreet pathway doesn’t have vehicle access, so the Queen can enjoy her stroll without interruption.

Holkham Beach, near Wells-next-the-Sea in North Norfolk is known for its golden sands and stunning dunes. The beach is even large enough to bring horses.

The beach is incredibly popular, however the Queen reportedly has picked out a private spot for herself away from the public.

The beach’s beauty is renowned and it has featured in several movies including Shakespeare in Love.

The Queen’s secret path to the beach was “given” to Her Majesty so she could discretely enter the reserve.

Quoting Jake Fiennes, director of conservation at Holkham Hall, he wrote: “The Queen has her own private entrance to one of her favourite beaches.

“Thomas Coke, 8th Earl of Leicester, who owns Holkham Estate in Norfolk, has given Her Majesty a ‘more discreet way to enter the reserve’ when she wants to walk the dogs.”

However, this stretch of beach isn’t the typical tourist beach at Holkham, but more than a mile away in a quiet area away from the public.

The beach’s pristine shores have been enjoyed by other members of the Royal Family as well.

Old photos show a young Prince Charles and Princess Anne smiling while buried up to their necks in sand while their corgi sunbathes between them.

More recently, the Duke and Duchess of Cambridge were known to walk their dog on the shores of Holkham.

The beach is dog friendly, however last year, a new rule was implemented which requires dogs to be kept on leads to protect the wading seabirds and other wildlife in the area.