Skip to content
HomeNewsQueen funeral march music: All the music during service and procession 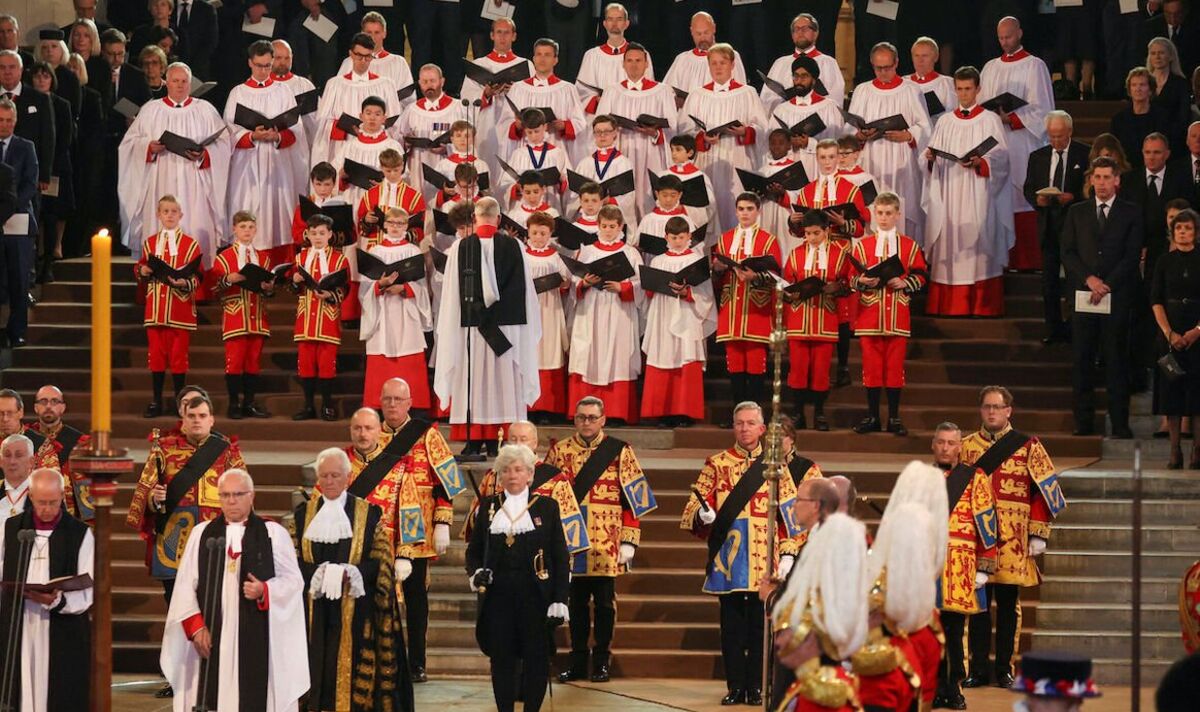 The first leg of Queen Elizabeth II’s state funeral has concluded, with her casket now bound for Windsor via central London. Britons watched her initial service in their millions, with blanket coverage across every major UK-based television channel. Alongside watching dedications from a laundry list of high-profile British figures, they heard a selection of songs sang by choirs and, occasionally, the 2,000 in-person attendees.

What music played during the Queen’s state funeral?

The Queen’s funeral featured two choirs, the Choir of Westminster Abbey and the Choir of the Chapel Royal, St James’s Palace.

The two sang under direction from James O’Donnell, Organist and Master of the Choristers, Westminster Abbey.

READ MORE: BBC hits back after viewers’ complaints over heavy coverage of Queen

Those sentences included the following:

Choir of Westminster Abbey and the Choir of the Chapel Royal, St James’s Palace, sang the following two sentences together:

Once Dr David Hoyle, the Dean of Westminster, delivered the Bidding, attendees sang “The Hymn” together.

Composer John Ellerton created the hymn to the tune of St Clement (Scholefield), with James O’Donnell arranging the music for the funeral.

After the Baroness Scotland of Asthal KC, Secretary-General of the Commonwealth, read the first lesson, the choir sang “the Psalm”, Psalm 42: 1–7 in the Bible.

Judith Weir CBE composed the music for the service today.

Justin Welby, the Archbishop of Canterbury, delivered his sermon halfway through the ceremony, after which mourners sang “the Anthem” from Songs of Farewell by Henry Vaughan.

After a selection of prayers delivered by the Precentor, choirs sang Psalm 34: 8 by Ralph Vaughan Williams.

Another hymn, Blaenwern by Charles Wesley, followed the Precentor’s concluding prayer, sang by every attendee.

The Archbishop of Canterbury delivered a commendation later on in the ceremony, which was followed by another anthem, Romans 8: 35a, 38b–end, composed by Sir James MacMillan for the funeral.

Post-service procession music included Allegro maestoso (Sonata in G Op 28) by Edward Elga, with Westminster Abbey’s Company of Ringers due to ring fully-muffled by the bells in a peal of Stedman Caters, comprising 5096 changes this afternoon.