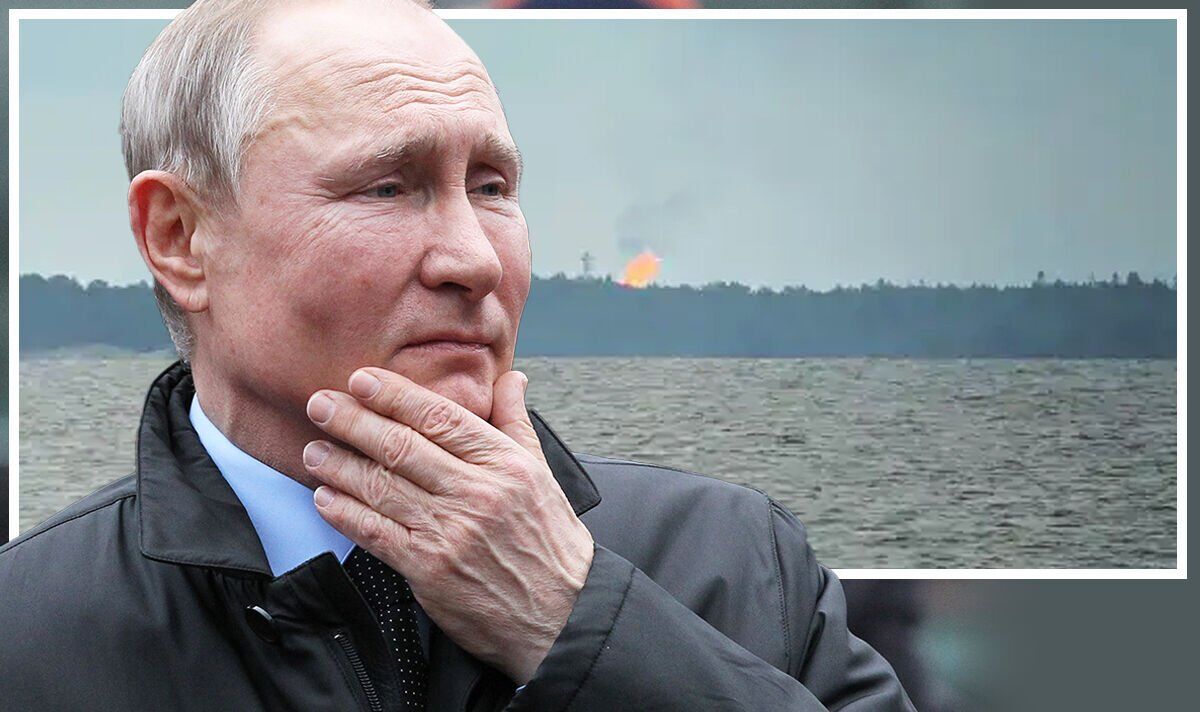 Russian gas flows through the Nord Stream 1 pipeline to Germany have been transiting at just 20 percent of the system’s usual capacity for weeks, sending the country into a panic. While Russia’s Kremlin-controlled gas giant Gazprom was able to blame this on maintenance and repair issues to pipeline infrastructure, allegedly delayed by Western sanctions, Moscow may not have an excuse for the next impending supply squeeze.

It comes as huge flames have been seen at a compressor station near St Petersburg, sparking fears the Gazprom’s supplies will not be fully sold to other customers too.

The site Portovaya compressor station is the starting point of Nord Stream 1, where Russian natural gas is compressed and pressed into the pipeline through the Baltic Sea to Lubmin in Germany.

The state-owned gas giant has been accused of burning its own gas which was supposed to send to Germany from this compressor station through the system.

Finnish news site “Yle” first publish photos of the giant flame blazing above the Portovaya compressor station, which is reportedly reaching highs that can be spotted on the Finnish side of the border, where the image was snapped.

Yle wrote on Twitter: “Russia’s huge gas flare can be seen as far as Finland – the black carbon it creates is one of the reasons why northern regions are warming twice as fast as others.”

The flames were reportedly first seen on June 17, just three days after pipeline gas flows were slashed by 40 percent, and later by a third.

While the authenticity of the images are yet to be verified, data from NASA’s Fire Information for Resource Management Systems (FIRMS) has revealed that larger fires have been continuously spotted at the Nord Stream 1 station ever since supplies to Germany had first been cut.

According the FIRMS data, the number and size of the fires have varied since then, but have reportedly never been completely extinguished.

And no regular fires at the compressor station were recorded by NASA ahead of the cut-off date of the first supply squeeze.

It has been suggested that the huge blaze above the compressor station shows that the Russia’s squeeze on deliveries to Germany also has financial repercussions for the Kremin’s energy giant Gazprom, and in turn for the Russian state itself.

This is because the quantities not delivered also can’t be moved on in full to other customers, so it may be burning this gas deliberately.

Others suggest the reason for the flames are still unclear.

While Russia has been accused of burning this gas deliberately, it is also possible that technical problems or a malfunction could be the cause.

And although Gazprom claims it cannot send the usual volumes of gas to Germany due to pipeline infrastructure issues, German Chancellor Olaf Scholz has claimed there is no reason for the hold up as the gas turbine that was in repair is fully operational and ready to be shipped back to Russia.

The turbine had been serviced in Canada, and Gazprom claimed this took longer than expected due to sanctions.

It then got stranded in Germany, and sent tensions soaring.

But when Mr Scholz visited the Siemens Energy factory in Muelheim an der Ruhr, he argued that the turbine could be shipped back to Russia at any time.

The German Chancellor told reporters: “It’s quite clear and simple: the turbine is there and can be delivered, but someone needs to say ‘I want to have it’.”

Siemens Energy CEO Christian Bruch has said that while there are ongoing talks with Gazprom to return the critical pipeline infrastructure, an agreement is yet to be reached.