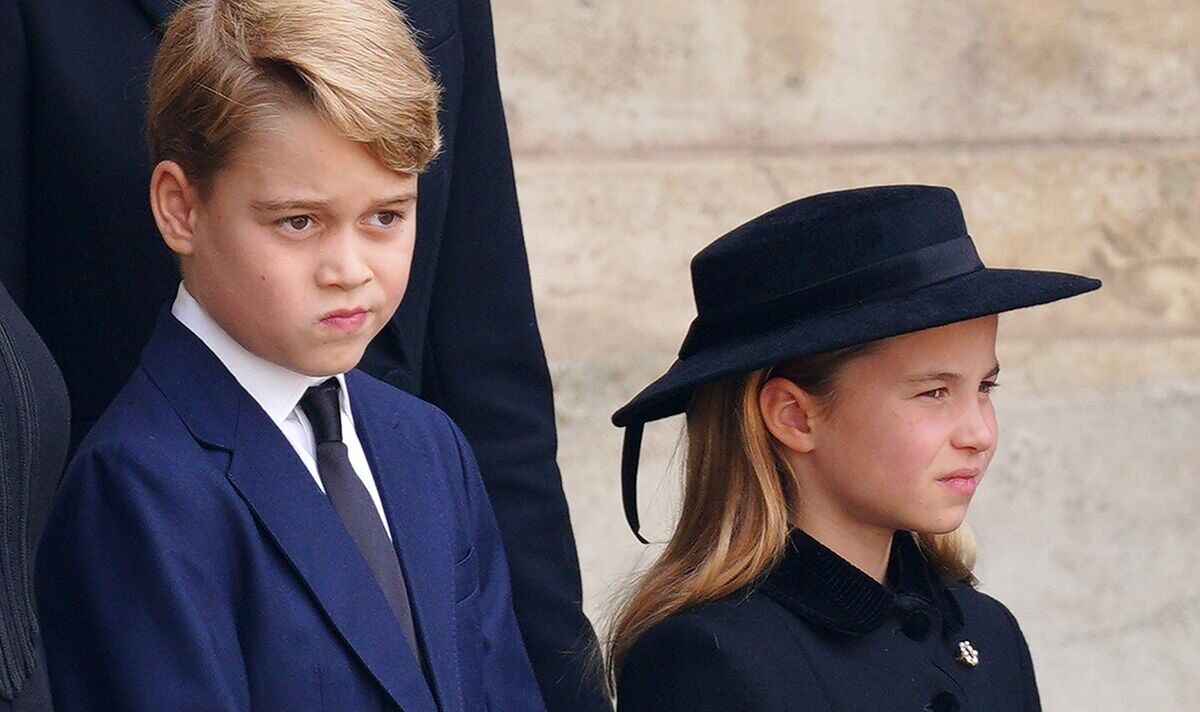 Nine-year-old Prince George may be the future king but younger sister Princess Charlotte is at his side keeping him “in line”, a royal expert has suggested. The seven-year-old was spotted reminding her elder brother of an important royal protocol at the state funeral for the late Queen Elizabeth II. The young siblings were standing side-by-side as they attended the funeral along with their parents. Speaking on the latest episode of Royally Us, host Christina Garibaldi recalled a sweet moment when Charlotte “took a moment” to remind George to “take a bow”.

Speaking of the two young royals attending the funeral, Ms Garibaldi said: “Charlotte even took a moment to remind Prince George to take a bow.

“I love that she’s keeping him in line.”

She added that this was a “big moment” for George and Charlotte.

Ms Garibaldi continued: “To be on this world stage like this and also grieving their great-grandmother had to be a really big undertaking for them.”

Her co-host, Christine Ross, said that their mother, who has previously expressed her passion for childhood development, can “support them in the best ways”.

Charlotte and George’s appearance at the funeral was only confirmed on Sunday.

Inside Westminster Abbey, where the funeral took place, the duo sat alongside their parents.

The Prince and Princess of Wales’ youngest child, four-year-old Prince Louis, was not at the funeral.

The Prince and Princess of Wales’ three children have all recently started at Lambrook School.

The family-of-five have recently moved from London to Windsor and now reside at Adelaide Cottage.