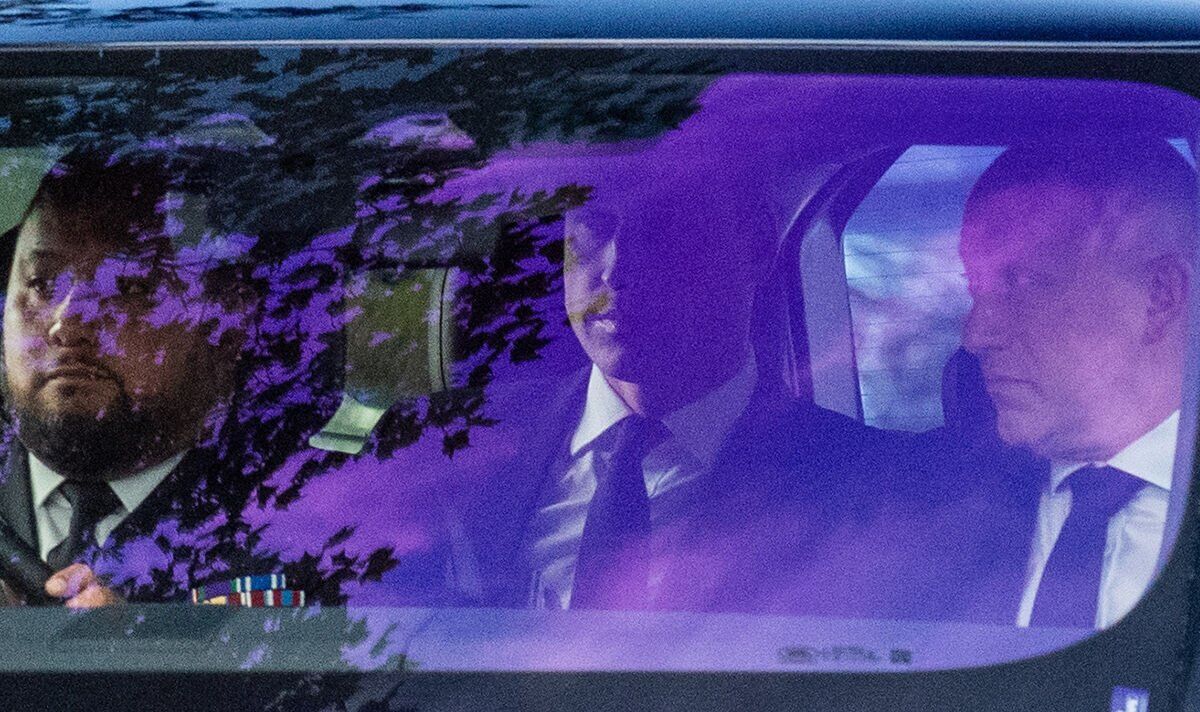 Prince William has been seen arriving in a car for his final public appearance before the Queen’s funeral. Elizabeth II died last Thursday at the age of 96 in what is understood to have been among her favourite residences.

The new Prince of Wales is this evening attending a lavish state reception hosted by King Charles at Buckingham Palace.

The nation has been in a period of official National Mourning since Her Majesty’s passing, which will come to an end seven days after Her Majesty’s state funeral.

The funeral will take place tomorrow, September 19, in Westminster Abbey.

Ahead of this, Prince William has attended what has been described as the “state reception of the century”.

Among the guests expected to attend the event are over 30 members of oversea royalty.

These include King Philippe and Queen Mathilde of Belgium and Prince Albert and Princess Charlene of Monaco, according to reports.

Joe Biden, who earlier today said he was “honoured” to meet the Queen, and Emmanuel Macron will also be present.

In his first speech as King, Charles III said he was “proud” to create William Prince of William.

The location was opened in 2014, with each sculpture being around 100 feet tall.

A service will be held by the Very Reverend Martin Fair, a former Moderator of The Church of Scotland.

During this, 96 lanterns will be lowered into The Kelpies pool of reflection.

This is at the foot of the Queen Elizabeth II Canal.

Wreaths created by local organisations will later be placed into the water to honour the 70 year reign of Her Majesty.

Those attending the ceremony will later have the opportunity to pay their respect to Elizabeth II during the national minute of silence.

This will take place at 8pm.