Skip to content
HomeNews‘Place of honour’: Meghan and Harry’s seating arrangement at funeral a ‘sign of favour’ 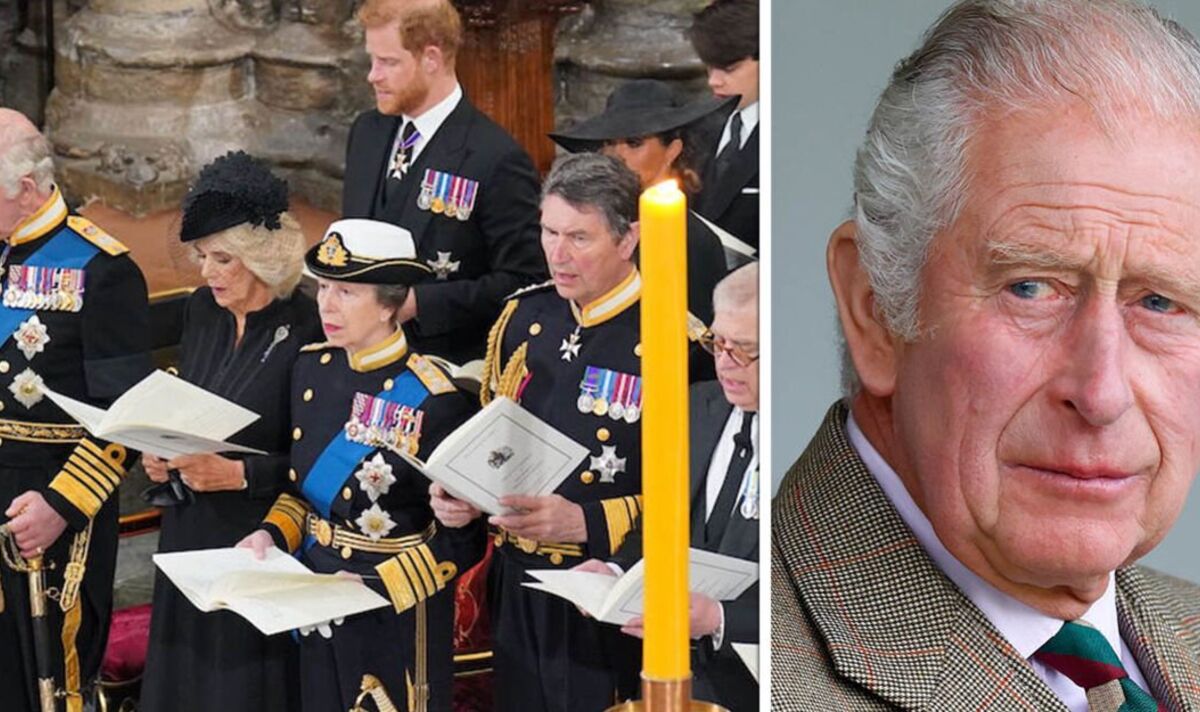 During the service of thanksgiving held at St Paul’s Cathedral on June 3 to celebrate Elizabeth II’s Platinum Jubilee, Harry and Meghan sat in the second row, next to other non-working members of the Firm including Princess Eugenie and her husband Jack Brooksbank.

On the other hand, Kate and William were metres away, in the first row right between Queen Camilla and Princess Anne.

While he urged people not to consider the Duke and Duchess of Sussex slighted by where they were located during the hour-long service on Monday, Mr Russell added the focus of the seating plan on Monday may have been on the Queen’s children rather than her grandchildren.

In particular, the expert added, King Charles seems to have paid tribute to his sister Princess Anne following her decades of unwavering service to the Queen and the Firm.