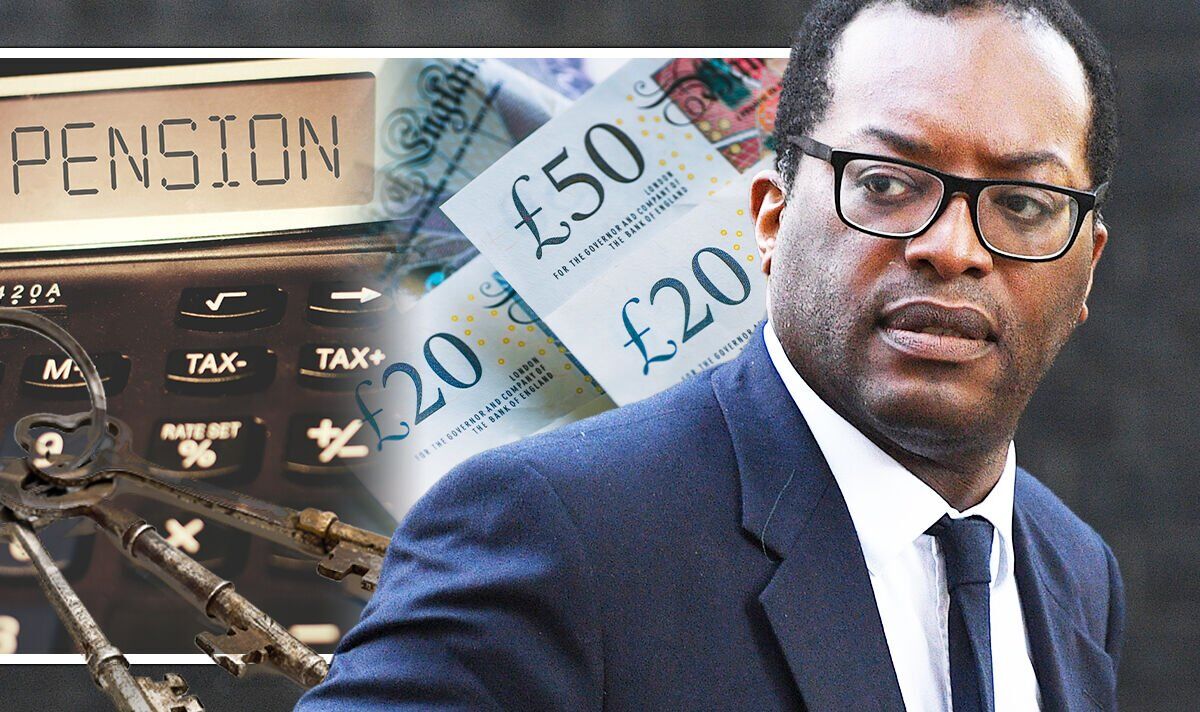 Kwasi Kwarteng’s mini-budget on Friday has been tipped to see the return of the triple-lock pension. Experts have warned that bringing the controversial policy back could see “the biggest increase in state pensions in decades”.

Professor Joe Nellis, Professor of Global Economy at Cranfield School of Management, told Express.co.uk that should the triple-lock be reintroduced, “the biggest increase in state pensions in decades” will be seen.

“Whilst this is good news for pensioners, the uplift will come after what’s set to be a tough winter with record high energy costs.

“This uplift could rile those in work. With the rate of pay expected to reach up to 8 percent in the private sector and 3 percent in the public sector, workers are losing out and we could see strikes continuing into 2023.”

It was reported in June the Treasury planned to return to the triple lock system, by which the state pension is increased annually in line with inflation, average earnings or a flat rate of 2.5 per cent, whichever is highest.

It was temporarily scrapped this year due to warped earnings data as a result of COVID-19, with pensioners left with 3.1 percent under a double lock system.

Prime Minister Liz Truss, however, has previously expressed her support for the return of the policy for the remainder of Parliament.

The state pension increase will be decided by the September CPI figure, which is due out on October 19.

Mr Kwarteng has confirmed ahead of his budget that the National Insurance increase brought in by Boris Johnson’s Government in April will be reversed in November.

The Treasury said the axing of the increase on November 6 would cut the tax bill of almost a million firms by an average of £10,000.

Ms Truss also said the mini-budget on Friday would “get more businesses going in the UK” and also “encourage more people to go into work”.

According to a transcript provided by Downing Street of a business roundtable discussion at the United Nations General Assembly in New York, the Prime Minister said: “While this is just the start, our long-term plan is to simplify Britain’s taxes and to make us a better place to invest and be unashamedly pro-business.”

Prof. Joe also told Express.co.uk the financial “giveaway” will provide a massive fiscal stimulus but could lead to a series of unwelcome records being broken when it comes to borrowing and inflation.

He said: “The mini-Budget will take national debt to over 100 percent of GDP. While vital support to the tune of hundreds of billions of pounds is being made available, it is funded with borrowing which could place us in a delicate position in years to come.

“The Government is relying on growth to pay this back but, with unemployment low, the UK’s capacity to facilitate extra economic growth is limited.

“It’ll take many years to address this but, if growth can’t catch up, we’ll face further austerity and higher taxes later.”

Howard Cox, FairFuelUK’s Founder, told Express.co.uk: “Inflation fell by 0.3 percent last month. The reason for this welcome drop, despite food prices still climbing, is almost entirely due to a 10p fall in pump prices in August.

“This crisis over petrol and diesel prices has just as much effect on the economy as energy bills. The damage to businesses, logistics, inflation, economic growth and hard-pressed low-income families because of recent eye watering pump prices, has been immense.

“Cutting the costs of transport will attract manufacturers and other businesses to work from the UK, too. It really is a no brainer.

“August’s timely fall in inflation should give Kwasi the reassurance he needs to cut Fuel Duty by as much as 20p per litre, like most Europe has already done so.

“Making a big cut in fuel duty will drive inflation down and it can be done by using the extra billions in VAT the Government has received from recent very high pump prices.

“But even a 20p cut will still leave the UK with one of the highest motoring levies in the world. It will however, reduce the huge burden on families and businesses and also boost tax revenue to the Exchequer from the growth in the economy the will come as a result.”