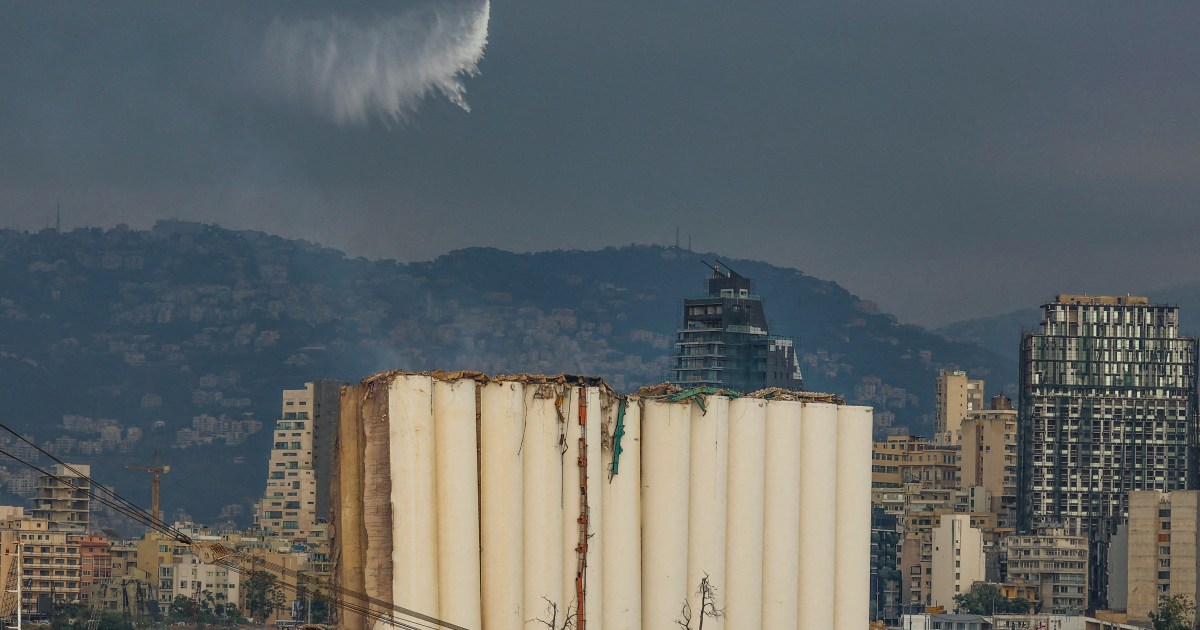 The collapse has revived trauma and anger just ahead of the two-year anniversary of the port explosion.

Part of the Beirut port’s grain silos, damaged in a 2020 explosion, has collapsed in a huge cloud of dust after a weeks-long fire, triggered by grains that had fermented and ignited in the summer heat.

The northern block of the silos toppled on Sunday, kicking up thick grey dust that enveloped the iconic structure and the port next to a residential area.

General Director of the Beirut Port Silos Assaad Haddad told The Associated Press that “everything is under control”. Minutes later, the dust subsided and calm returned.

However, Youssef Mallah, from the Civil Defence department, said that other parts of the silos’ northern block were at risk and that other sections of the giant ruin could collapse.

The 50-year-old, 48m (157-foot) tall silos had withstood the force of the explosion two years ago, effectively shielding the western part of the Lebanese capital from the blast that killed more than 200 people, injured more than 6,000 and badly damaged entire neighbourhoods.

In July, a fire broke out in the northern block of the silos due to the fermenting grains.

Firefighters and Lebanese Army soldiers were unable to put it out and it smouldered for weeks, a nasty smell spreading around. The environment and health ministries last week issued instructions to residents living near the port to stay indoors in well-ventilated spaces.

The fire and the dramatic sight of the smoking, partially blackened silo revived the memories and in some cases, the trauma of the survivors of the gigantic explosion that tore through the port on August 4, 2020.

Tatiana Hasrouty, who lost her father in the 2020 Beirut port blast, told Al Jazeera that she blamed politicians for the situation at the port – including those who knew that combustible ammonium nitrate was being kept there – and held them responsible for failing to complete a proper investigation and ensuring arrest warrants were issued.

Last April, the Lebanese government decided to demolish the silos, but suspended the decision following protests from families of the blast’s victims and survivors. They contend that the silos may contain evidence useful for the judicial probe, and that they should stand as a memorial for the tragic incident.

The Lebanese probe has revealed that senior government and security officials knew about the dangerous material stored at the port, though no officials have been convicted thus far. The implicated officials subsequently brought legal challenges against the judge leading the probe, which has left the investigation suspended since December.