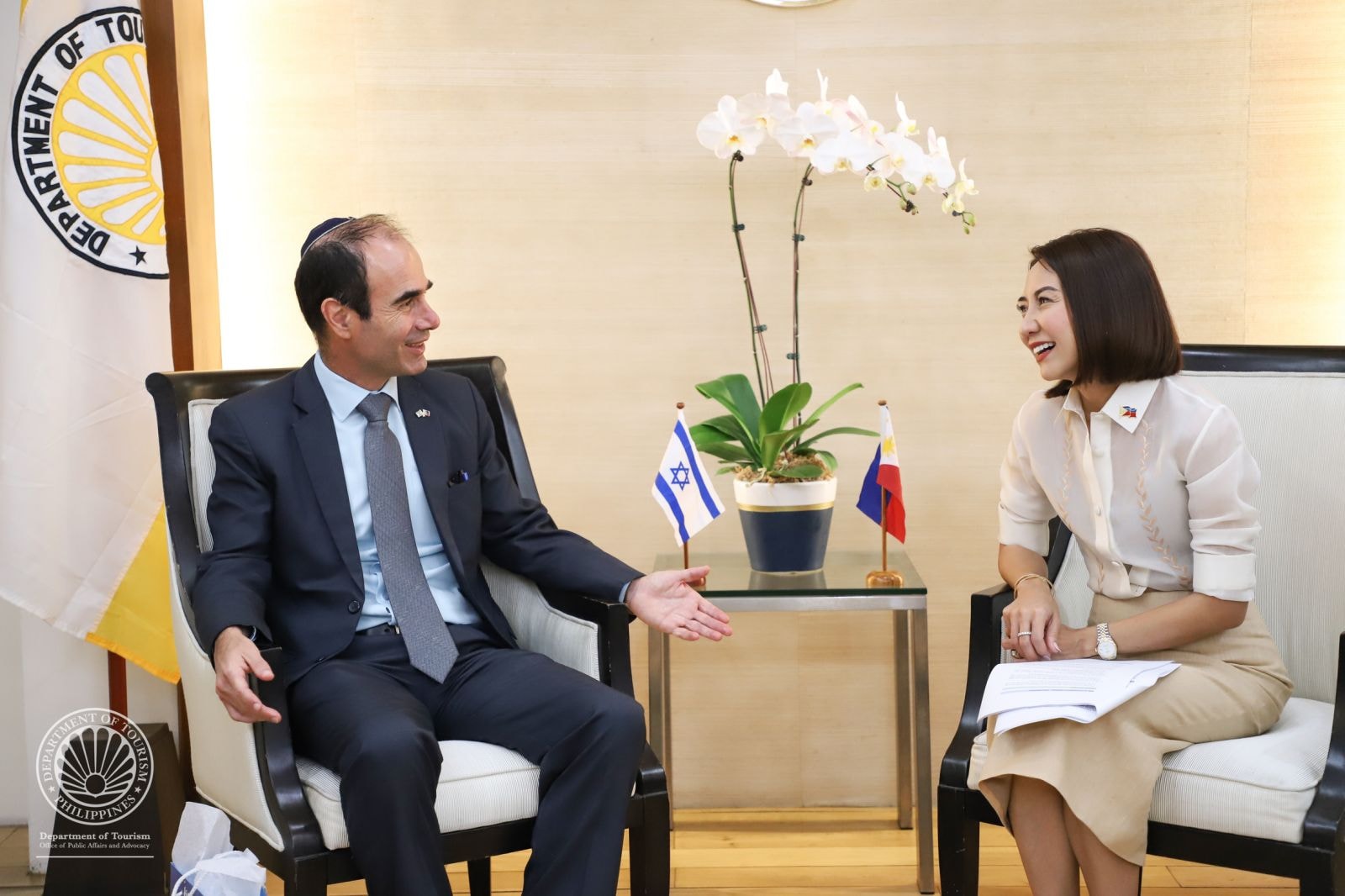 PIONEERING flag carrier Philippine Airlines (PAL) is looking to build back its current routes, before launching any new ones.

This developed as Israel once more proposed the establishment of flights between Manila and Tel-Aviv, in a meeting between its embassy in Manila and the Department of Tourism (DOT).

This was revealed by the DOT in its post on Facebook documenting the recent meeting between Israel Ambassador to Manila Ilan Fluss and Tourism Secretary-designate Christina Garcia Frasco.

But PAL Vice President for Corporate Communications Josen Perez de Tagle told the BusinessMirror on Tuesday, “The route is still under review. With ongoing uncertainties over the geopolitical situation, we are cautious about introducing new routes and, for now, putting our energy into building up our current routes as tourism continues to recover.”

Last year, PAL announced a Manila-Tel Aviv route, but didn’t pin down an exact launch date. Israel later announced PAL’s twice weekly flights non-stop flights between both cities starting April this year, but these have yet to materialize.

Many Filipinos have been flying to Israel for Catholic Bible tours, while Israel is considered an opportunity market by the DOT, as arrivals in the Philippines had been growing an aver­age of 10 percent per year. Prior to the pandemic, in 2019, the Philippines received 22,851 visitors from Israel, up 12.33 percent from 2018.

Currently, Israelis have to pay at least an average of $1,000 for a round-trip flight between Tel Aviv and Manila, with a layover in a third country.

Meanwhile, the DOT added, Fluss also “expressed interest to participate in consumer activation activities in the Philippines and other projects hosted by DOT, sharing his excitement to explore the Philippines, particularly dive destinations such as those in Cebu, hiking and trekking destinations like the Mt. Ulap, and Mt. Apo, and other nature-based and adventure-based tourism products being offered in the country.”

Garcia Frasco, in turn, presented the DOT’s key objectives and strategies to return the tourism industry to fighting form, and be a key industry for the country’s economic growth. “The Tourism Secretary likewise conveyed the DOT’s commitment to meet its identified objectives, particularly in the aspect of easing travel restrictions and entry protocols to encourage and drive in more visitors.”

The DOT chief-designate likewise said she intends to “[introduce] tourism packages for Israelis,” and expressed hope that the latter continue to film “Survivor Israel” in the Philippines. The popular reality TV show has shot several seasons of the Israel franchise in Caramoan Island, where the French franchise has also shot seasons. Film tourism is one of the key programs of the DOT.

A bilateral agreement between the Philippines and Israel allows visa-free visits to each country. This means, Israelis only need to show their vaccination certificate upon arrival in the Philippines. From February 10 to August 28, the Philippines received 4,393 visitors from Israel, data from the DOT showed, making the latter the 26th top tourism market.