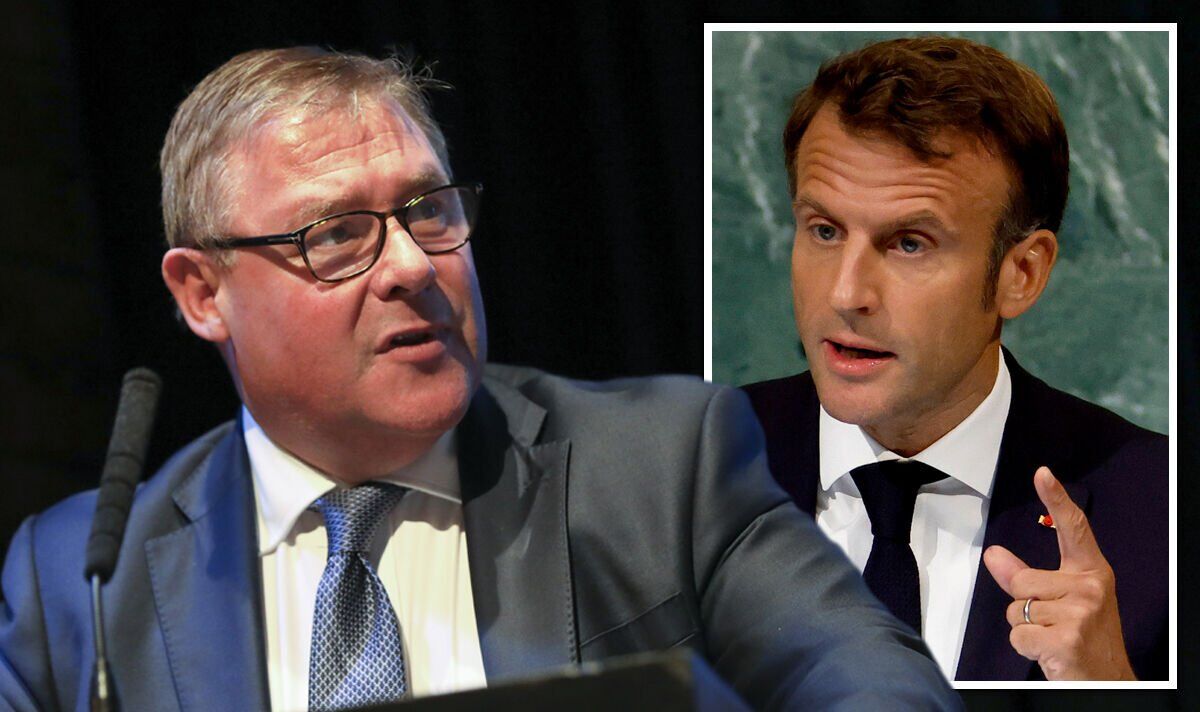 But Mr Francois, who is chair of the influential European Research Group of Conservative MPs, insisted the UK should have “nothing to do” with Mr Macron’s project.

The Tory MP told Express.co.uk: “Non, merci! As a country, we did not spend nearly five years of arguing, from the 2016 referendum to finally departing the EU in early 2020, only to commence rejoining the organisation, all over again, just under a different guise.

“President Macron’s federalist ambitions are already an open secret right across Europe and we should have nothing to do with them.”

The first meeting of the European Political Community is due to take place in Prague in October.

It is understood there are concerns the meeting could be too dominated by the EU.

Mr Macron floated the idea in May and said the group would be a “new space” for cooperation on issues including security, energy and freedom of movement.

In a speech at the Conference on the Future of Europe, he said: “It is our historic obligation … to create what I would describe before you today as a European Political Community.

“This new European organization would allow democratic European nations that subscribe to our shared core values to find a new space for political and security cooperation, cooperation in the energy sector, in transport, investments, infrastructures, the free movement of persons and in particular of our youth.

“Joining it would not prejudge future accession to the European Union necessarily, and it would not be closed to those who have left the EU.

“It would bring our Europe together, respecting its true geography, on the basis of its democratic values, with the desire to preserve the unity of our continent and by preserving the strength and ambition of our integration.”

It comes after Mr Macron and Ms Truss held their first bilateral meeting at the United Nations summit in New York on Tuesday.

Downing Street said the pair had a “constructive” conversation lasting around half an hour.

Mr Macron raised his idea of a European Political Community to include non-EU states such as the UK but did not invite Britain to the first meeting, according to No 10.

Downing Street said the focus of the meeting was energy security.

The pair did not discuss ongoing issues with the Northern Ireland Protocol or Channel migrant crossings.

It comes after Ms Truss had sparked controversy during the Tory leadership race by declining to say whether the ally was “friend or foe”.