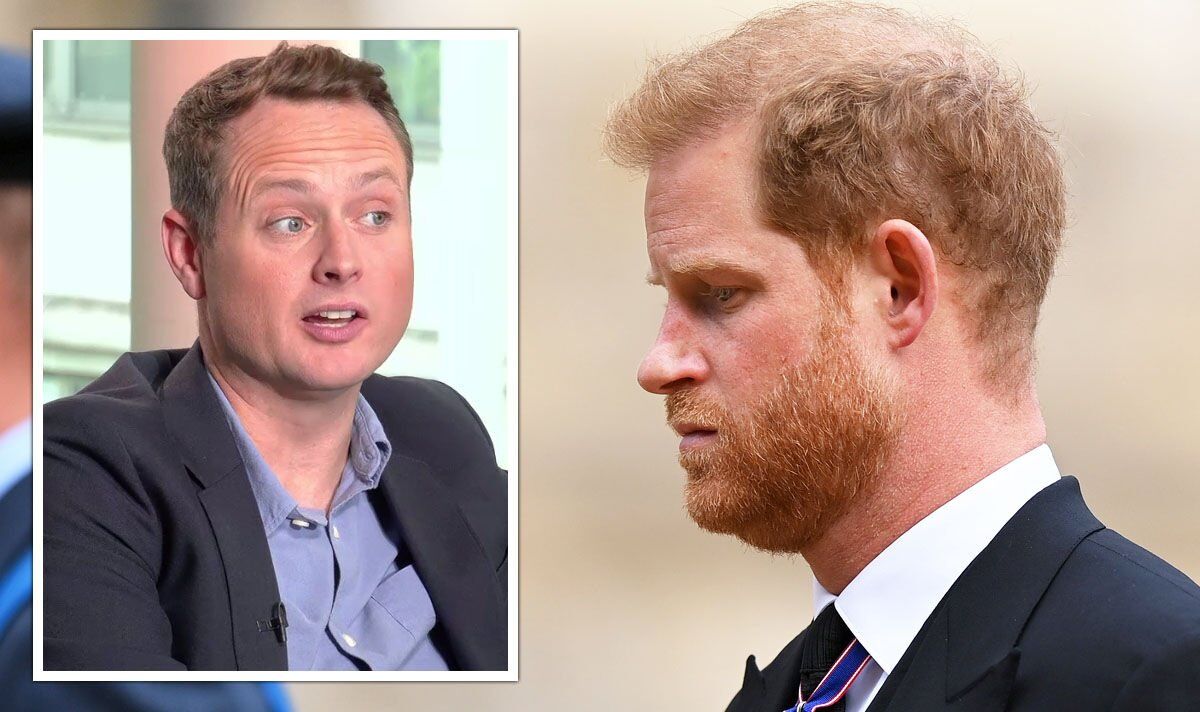 Russell Myers, the royal editor for The Mirror, has claimed Prince Harry likely has “no way back” into the close circle of the Royal Family. The Duke and Duchess of Sussex have remained largely distanced from the core members of the firm since their step back from royal duties in 2020. Mr Myers claimed Prince Harry’s “conduct” over the last couple of years, including a series of unprecedented interviews that revealed intimate details of his royal life, have caused a great “wound” in his relationship with the extended Royal Family.

Mr Myers discussed the position of the Duke of Sussex during his appearance on The Royal Beat, available on True Royalty TV.

Speaking of Prince Harry, the royal commentator said: “The olive branch being extended by the King in his statement, the fact William invited them to Windsor – these are sticking plasters on a great wound that he has had a huge hand in.”

He asked: “Is he [now] really regretting his conduct over the last couple of years?

“I don’t know where they go from here, and I can only see it getting worse because of this book.

Read more: Meghan Markle and Prince Harry ‘slowly being frozen out of Hollywood’