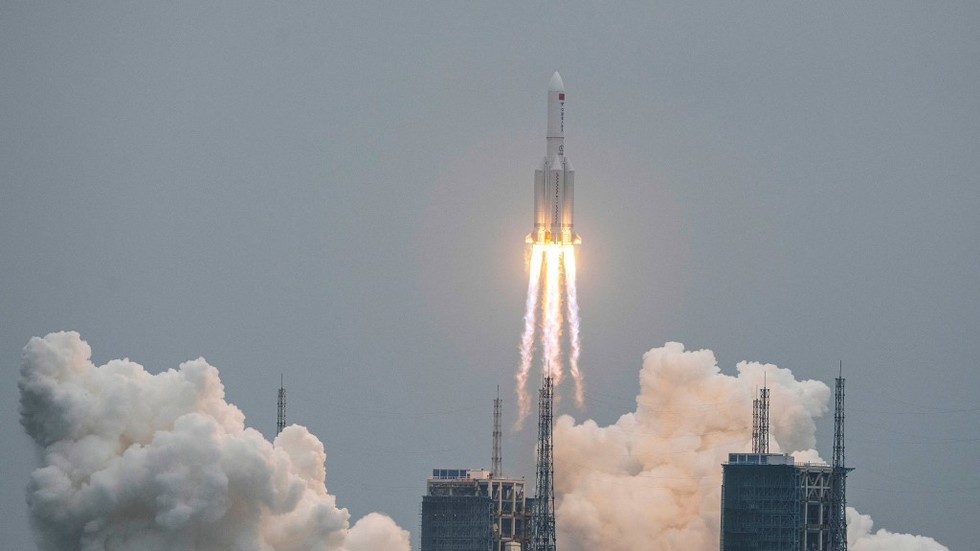 NASA administrator Bill Nelson has criticized China for not sharing “specific trajectory information” about a booster rocket that fell through the Earth’s atmosphere into the Indian Ocean on Saturday.

The Chinese Long March 5B rocket re-entered the atmosphere over the Indian Ocean on Saturday, breaking apart as it hurtled to earth. The rocket was launched last Sunday to deliver a module to China’s Tiangong space station before falling back to Earth.

“The People’s Republic of China did not share specific trajectory information as their Long March 5B rocket fell back to Earth,” Nelson tweeted, adding that “all spacefaring nations” should share such information “to allow reliable predictions of potential debris impact risk, especially for heavy lift vehicles like the Long March 5B which carry a significant risk of loss of life and property.”

“Doing so is critical to the responsible use of space and to ensure the safety of people here on Earth,” Nelson concluded.

The People’s Republic of China did not share specific trajectory information as their Long March 5B rocket fell back to Earth.All spacefaring nations should follow established best practices, and do their part to share this type of information in advance to allow…

The core stage of the Long March 5B is not jettisoned before the rocket leaves the atmosphere, as is the case with some Western and Russian rockets. Instead, the Long March’s core, which weighs around 22.5 metric tons, falls from orbit intact, with between five and nine metric tons of debris surviving the fall to Earth, according to Aerospace Corp, a US government-funded research center.

Debris from a Long March 5B fell over Ivory Coast in 2020, with local media reporting metal objects that did not burn up in the atmosphere having been found on the ground. This re-entry and others by China’s Long March rockets caused concerns in the West, but Beijing has stressed that most of its debris either disintegrates or lands in the oceans, and thus poses an “extremely low” risk to anyone or anything on the ground.

China has also hit back at Western double standards over space debris, with Foreign Ministry spokeswoman Hua Chunying reminding NASA last year that when a pressure vessel from a SpaceX Falcon 9 rocket fell on a man’s farm in Washington state, “American media used romantic words like ‘shooting stars across to light up the night sky’ and ‘dazzling light show.’”

Shortly before the Long March 5B’s splashdown in the Indian Ocean, an observer in Malaysia captured video that purportedly shows it blazing a fiery trail through the sky.