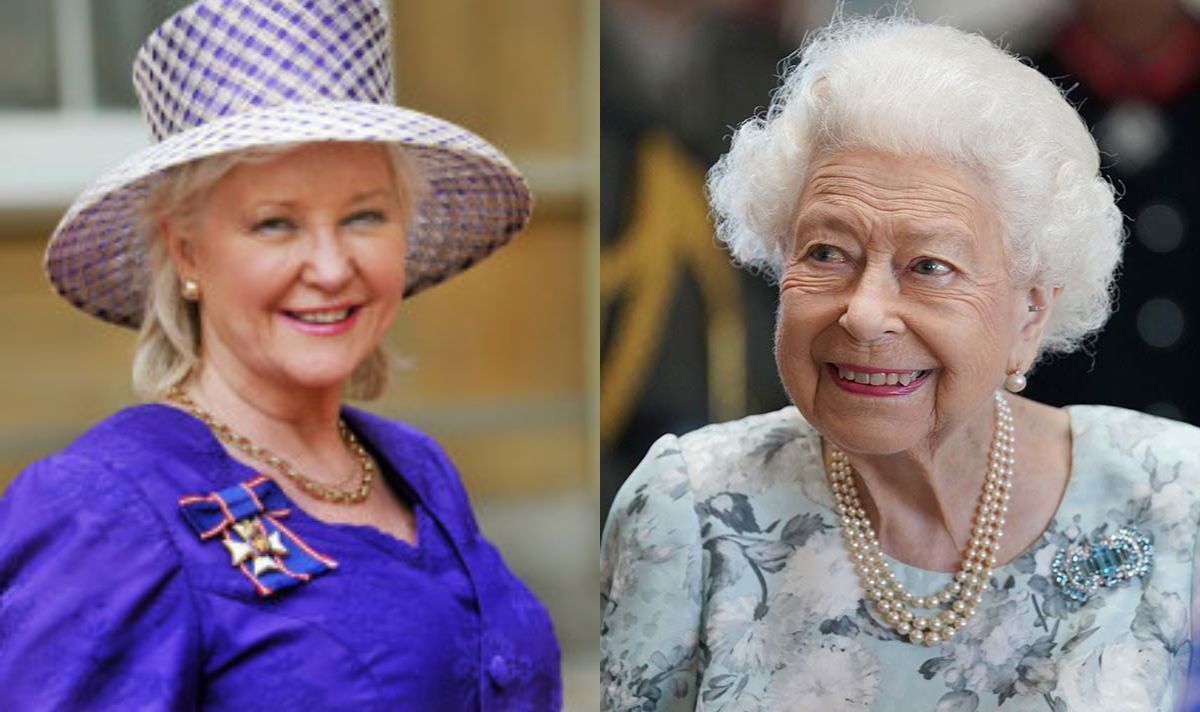 Members of the Royal Family, and some of the Queen’s closest staff, gathered on Wednesday to witness her coffin arrive for the lying-in-state service at Westminster Hall. But one of her most trusted and, reportedly, closest aides Angela Kelly was not in attendance.

Ms Kelly was pictured alongside the Queen on a number of occasions during the decades she worked for Her Majesty.

The docker’s daughter from Liverpool started working at the Royal Household in 1994 as an Assistant Dresser, yet by the time of the Queen’s death, had risen through the ranks and became her personal adviser, curator and in-house designer.

She was believed to be a close friend and confidante to the late sovereign and was even entrusted with keeping track of her extensive and precious jewellery collection.

It is also possible that she had prepared the clothes in which Her Majesty will be buried in.

Because of the pair’s close relationship, Ms Kelly’s absence from the public events following the Queen’s death has caused some questions to be raised.

But opinions of the dresser have been split as one source told the DailyMail: “She was loved by the Queen but others weren’t quite so keen”.

During an interview at the Invictus Games in April, Prince Harry said he was making sure his grandmother was “protected” and had “the right people around her”.

Many people assumed Ms Kelly was one of the people the Duke of Sussex was referring to.

READ MORE: Margarethe of Denmark’s cancels own jubilee in ‘respect’ for Queen

She had forged a close bond with the monarch during her many years of service and was rewarded with a grace and favour home in Windsor, and also received permission from the Queen to secure a three-book publishing deal.

The books could include Ms Kelly’s first-person account of her life working for the late sovereign.

Ms Kelly had even formed part of the “HMS Bubble”, which was a group of people outside the royal household with whom the Queen felt comfortable spending time with during the coronavirus pandemic.

She has also appeared in public many times with the Queen, including at London Fashion Week in 2018, seated next to Vogue editor Anna Wintour.

But the royal designer has yet to say goodbye to the late sovereign, who sadly passed away on Thursday, September 8.

The Queen’s funeral will take place on Monday, and will be in three parts, ending in a final, intimate service at St George’s Chapel in Windsor.

The guest list is expected to include around 800 of the Queen’s family members, friends and close staff members, both past and present.

It hasn’t yet been confirmed if Angela Kelly will be in attendance at the historic service, but many expect she will be there, in the front row, saying a final goodbye to her former employer, and dear friend.