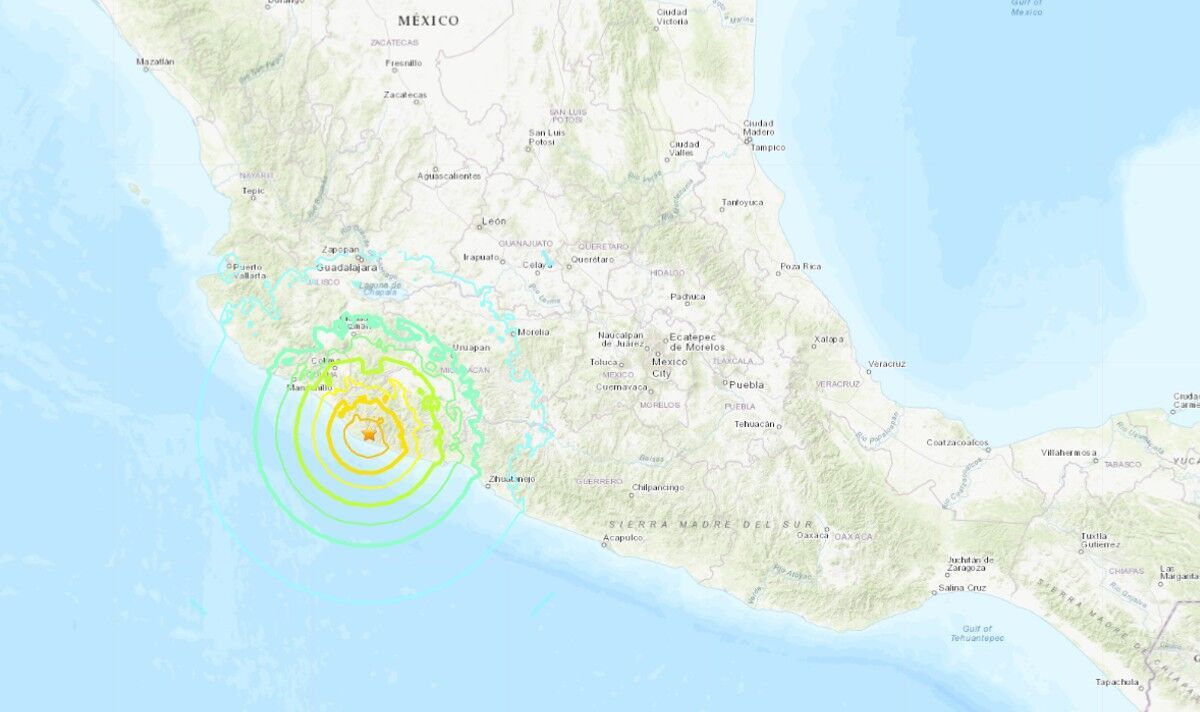 The US Tsunami Warning System is also warning of a risk of a tsunami near the coast of Michoacan. In another warning, Earthquake monitor @EQAlerts said on Twitter the quake was “very strong”.

The earthquake hit around noon on Monday in the state of Michoacan, causing buildings in Mexico City to shake.

The earthquake struck on the anniversary of two major tremors in 1985 and 2017, seismologists said.

Local journalist Jared Olson tweeted saying he has seen an elderly woman pass out as the quake hit.

He said: “It was just swinging really hard, glass falling, where I am in Cuauhtehmoc. The only injury I’ve seen is an elderly woman who passed out while people rushed out of buildings Anyone see any damage throughout the city?”

Mexico City Mayor Claudia Sheinbaum said there were no immediate reports of damage in the capital.

President of Mexico Andres Manuel also said he had spoken with the governor of Michoacan, Alfredo Ramirez Bedolla, who confirmed there is only a report of material damage near the epicenter and nearby areas.

The President was in the country for the event after sending his foreign minister Marcelo Ebrard to represent Mexico at the funeral of Queen Elizabeth II on Monday.

A hospital was forced to evacuate in Mexico City as patients were seen in wheelchairs on the path outside.

Journalist Adela Micha tweeted a photo of a badly damaged hospital but said there were no reported injuries.