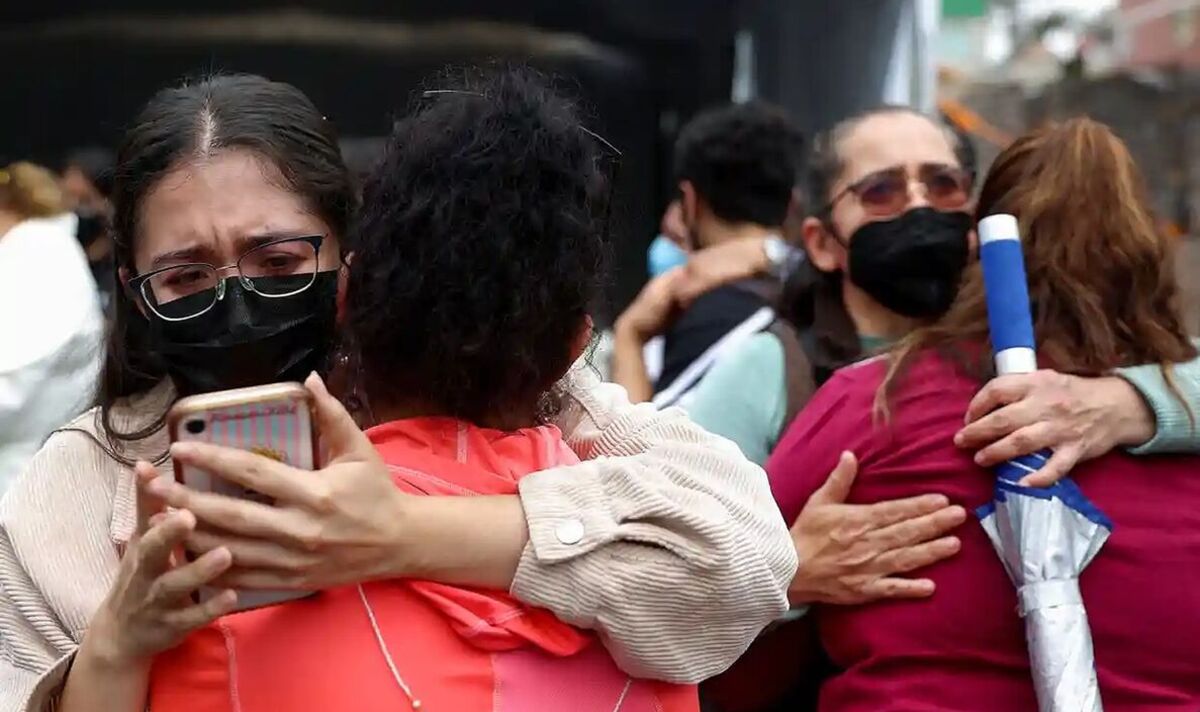 The quake hit at 1:05pm local time near the town of La Placita de Morelos in the state of Michoacán. Writing on Twitter, President Andrés Manuel López Obrador said that the secretary of the Navy had informed him that one person was killed in the city of Manzanillo, Colima when a wall at a shopping centre collapsed.

Authorities in Michoacán said there weren’t any immediate reports of significant damage in the state apart from some cracks in buildings in the town of Coalcomán.

In the capital Mexico City, a mandatory evacuation order was issued.

However, the city’s mayor Claudia Sheinbaum said there hadn’t been any reports of damage in the capital.

Power was affected in parts of the central Roma neighbourhood of the city despite being hundreds of kilometres from the epicenter.

As a result local residents were seen standing on the streets cradling their pets.

Tourists visiting a local market with a guide were visibly confused and upset.

Traffic lights also stopped working while locals clutched their phones sending text messages or waiting for calls to go through.

Standing outside a restaurant in Roma holding his three year old son Humberto Garza said he wasn’t sure if the earthquake alarm was real.

Remarkably a previous earthquake also on September 19 struck in 1985 killing 5,000.

Ernesto Lanzetta, a business owner in the Cuauhtémoc borough of Mexico City said that there was something eerie about september 19.

He said: “It’s this date, there’s something about the 19th.

Alarms for Monday’s quake went off less than an hour after a nationwide earthquake simulation marking the 1985 and 2017 tremors confusing many.