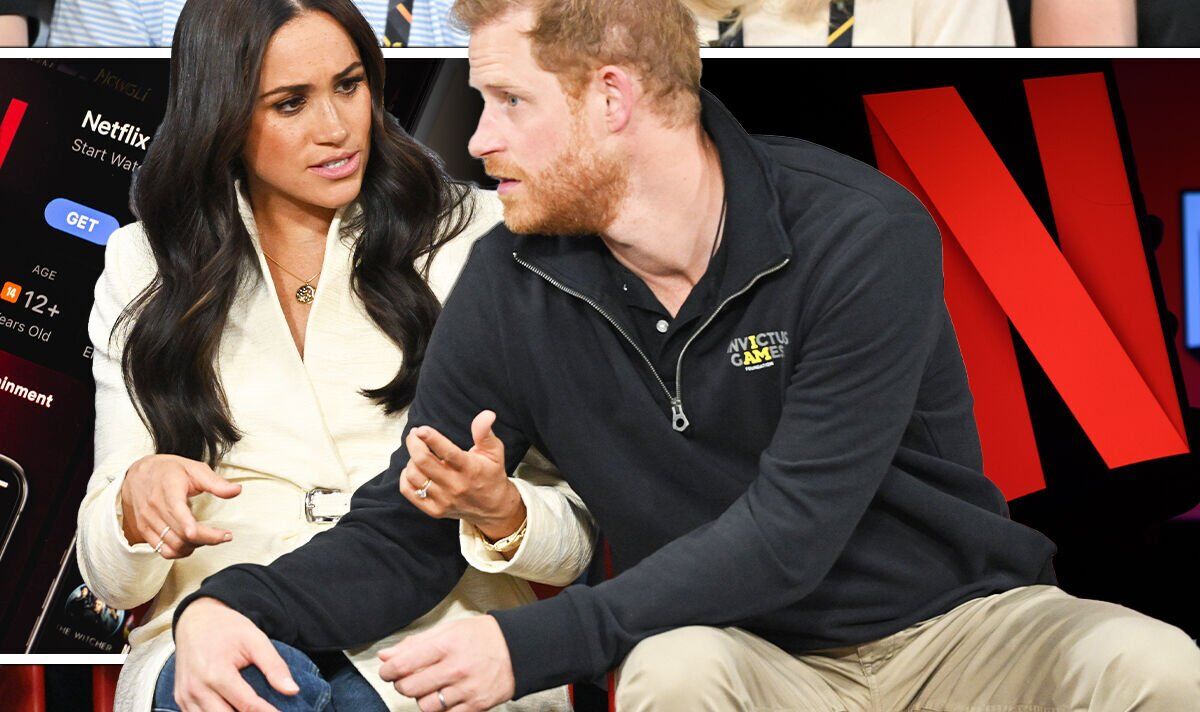 Today marks 712 days since it was revealed Meghan Markle and Prince Harry had signed a deal with Netflix worth a rumoured $100million (£83million) to create original content including documentaries, movies, series and children’s programming. The project is called Archewell Productions. But coupled with Netflix already having $200billion wiped off its value this year so far, some experts have claimed their high aspirations at that time may now not be achievable.

Daniela Elser, the Royal Writer for Australian website news.com.au, has now cast doubt over the lucrative futures Meghan and Harry may have been hoping to strike up with Netflix.

She said along with Netflix’s struggles earlier this year, the couple’s “supposedly cashed-up future” came “unstuck”.

Ms Elser wrote: “When the current history of Hollywood gets written, April 19, 2022 will go down as the day that everything changed.

“It should have been a routine earnings call during which Netflix co-CEO Reed Hastings took tech and business reporters through the company’s latest figures.

“Instead, Hastings revealed that the company had lost hundreds of thousands of subscribers for the first drop in numbers in 10 years.

“The revelations immediately set off something of an earthquake from Wall Street to Los Angeles, with $75billion in value being wiped off the company’s value in 24 hours.

“In the course of that one earnings one call, not only did the streaming giant’s once-unassailable hold on the entertainment industry come unstuck but so too did the supposedly cashed-up future of Harry and Meghan, Duke and Duchess of Sussex, start to look much less certain.”

Meghan and Harry officially retired from the Royal Family in early 2020 duties after deciding to relocate from the UK to the US to build a new life with their young family.

The lucrative deal with Netflix was then signed a few months later, but the streaming giant has only ever publicly announced Harry’s documentary about the sporting event for wounded armed services personnel, ‘Heart of Invictus’, and an animated children’s series from Meghan called Pearl.

In that time they have managed to pen a series of headline-making deals, including also with Spotify.

But in May, it was announced Netflix was axing the show from the Duchess as part of a wide-ranging cost-cutting move, with several other high-profile projects scrapped as the firm looked to tighten its finances.

When the deal with Netflix was signed in September 2020, Meghan and Harry said in a statement: “Our lives, both independent of each other, and as a couple have allowed us to understand the power of the human spirit: of courage, resilience and the need for connection.

“Through our work with diverse communities and their environments, to shining a light on people and causes around the world, our focus will be on creating content that informs but also gives hope.”

In December 2020 – three months after announcing Archewell Productions – Meghan and Harry announced that their Archwell Audio production company had teamed up with Spotify.

The Duchess of Sussex said at the time: “We created Archewell Audio to make sure that we can elevate voices that maybe aren’t being heard and hear people’s stories.”